Houston police said the incident was initially reported as a kidnapping but likely is a case of human smuggling. 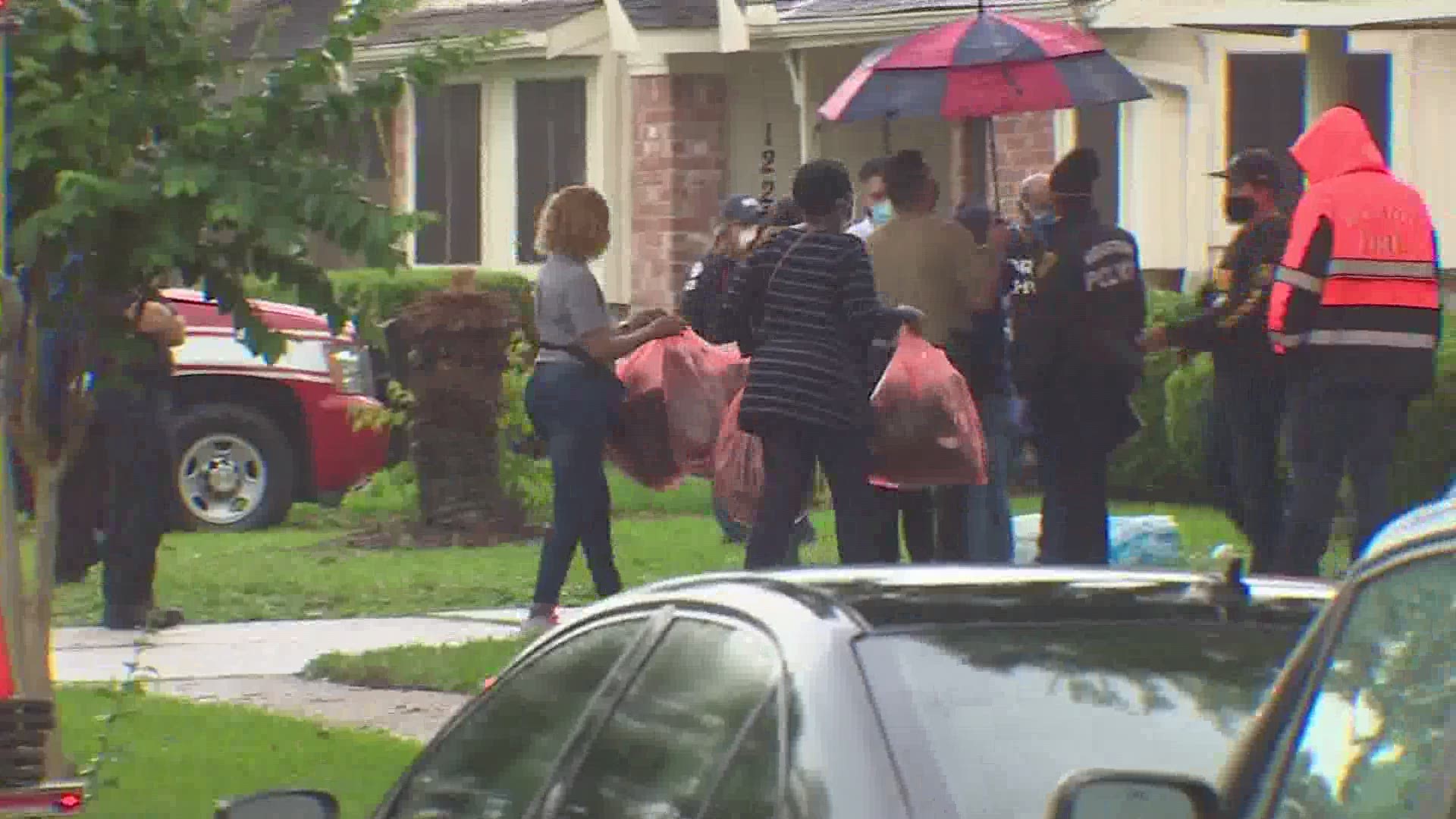 HOUSTON — Houston police said dozens of people were found inside a home in Southwest Houston on Friday.

According to police, initial reports were that more than 90 people were found inside the home in the 12200 block of Chessington Drive, which is just off the Beltway near Highway 69.

The Houston Police Department said the incident was initially reported as a kidnapping but now investigators believe it's a case of human smuggling.

"This is definitely more of a smuggling thing and not a trafficking thing," Assistant Chief D.B. Edwards said.

Kindness during such a sad story!

Neighbors are stepping up dropping off clothes and food for the 90 people found inside a stash house. HPD calls it #humansmuggling.

“I’ve brought them t-shirts, soups, tortillas, pants. Everything extra I had at home.” #khou11 https://t.co/5aDEzMUw0m pic.twitter.com/Lr3I7lTMre

Police said those who were found had not eaten in a while, so food and water were provided.

Houston police said there were COVID concerns because several of the people found inside the home reported a loss of taste and smell and some had a fever.

The family that owns the house said one man was renting it and police said neighbors didn't report seeing anything suspicious before the discovery was made.

Neighbors said they saw one woman taken into custody at the scene and they never noticed anything out of the ordinary at the house.

“I walk every day with my kids in the evening ... I’ve never seen anything out of the ordinary in that home, ever. It’s always very clean outside, very well taken care of, ... it’s surprising,” Darlene Medrano said.

“From my house the only thing that seemed strange was that the second floor windows were dark," she said.

The discovery has shaken residents in the Glenshire neighborhood of southwest Houston.

Esther Aniche lives down the street.

“You would have never assumed or guessed that such a thing was happening in this neighborhood at all. It’s really quiet and friendly,” Aniche said.

Houston Police Assistant Chief Patricia Cantu said more than 90 people were found inside the home on Chessington Drive in what she called "deplorable conditions."

“They can’t stand. They had to ask permission to go to the restroom,” Cantu said. “Some of them hadn’t eaten in three days and haven’t had water.”

Cantu said some of the people found needed immediate medical attention for dehydration. She said at least five have tested positive for COVID-19 but fears that number could grow.

Cantu said they were also found in nothing but underwear.

“My heart is broken like it’s terrible. I just saw one of my neighbors bring clothes to donate to them," Goldberger said.

Aniche grabbed what she could.

“Why not? They’re in need of T-shirts. They need the supplies, so I just went ahead and packed some of my nieces and my mom, and I brought them to drop them off,” Aniche said.

Police believe some of people appear to be from Central America. Cantu said their main priority now is making sure those rescued are healthy and safe.

“Documented or not, this is a horrible offense. It nearly broke our hearts, and you see officers in there. It’s heartbreaking to see people treated that way,” Cantu said.

The Department of Homeland Security is leading the investigation.

HPD said it's working with Homeland Security Investigations to find out what was happening at the home. HSI issued this statement on Friday afternoon: