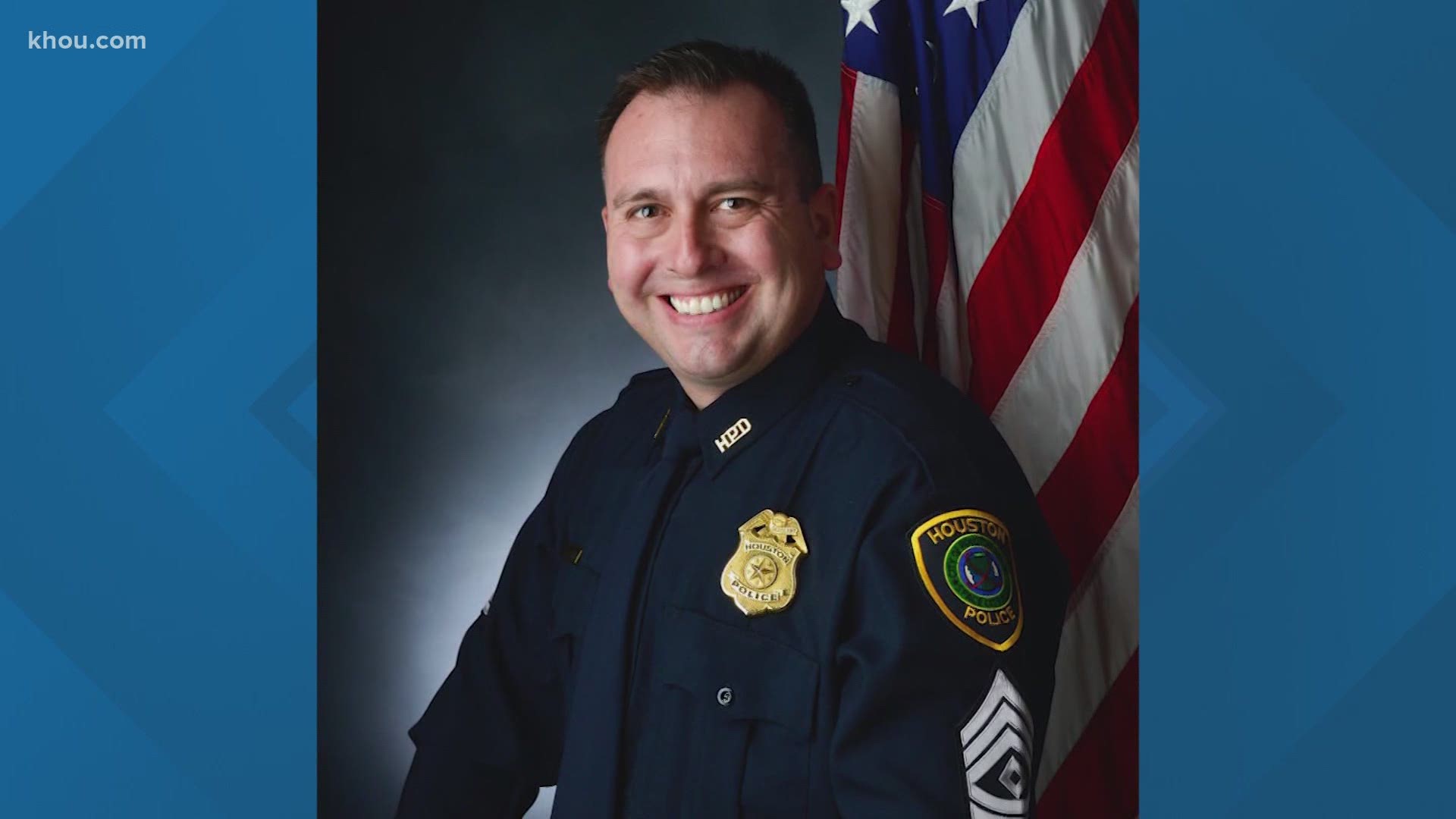 HOUSTON — Another Houston police officer's family is mourning after the shooting death of Sgt. Sean Rios in north Houston.

"Please pray for Rios' family, for his extended HPD family and for this community," Houston Police Chief Art Acevedo  said in a news conference.

Sgt. Rios, a 25-year veteran of HPD, was gunned down outside a motel on his way to work Monday afternoon. He was in his personal car and wasn't in uniform.

Sgt. Rios was a Marine and other officers looked up to him for his positive outlook on life.

Richard Nieto first met Rios about 25 years ago when Rios had just joined HPD. They later learned they're related.

"He came up to me before roll call he said, 'Hey Richard, do you have an Uncle Manuel in Virginia? He said 'I do too.  Hey, we are cousins!' Right then it was a moment of who done it mysteries," Nieto remembered.

Sgt. Rios was assigned to the George Bush Intercontinental Airport area where he worked alongside his cousin Nieto.

"He was just a generous person. Always there to help," Nieto said.

Rios was the fourth HPD officer to die this year and his death comes just three weeks after the death of HPD Sgt. Harold Preston, who was shot and killed in when he responded to a domestic disturbance call on Oct. 20.

"We are heartbroken," Houston Police Chief Art Acevedo tweeted. "We will never forget him and will see his 4 children, family and friends through this painful loss. RIP."

Four other people were shot and killed in Houston on Monday.

"That's five families that'll be waking up tomorrow without their loved ones, and we should all lift them in prayer," the chief said.

"I want people in this city to pray for this city. Because this has been a crazy year. People are going through a whole lot, experiencing a whole lot," Mayor Sylvester Turner said. "A lot of things are happening on our streets, a lot of people who are on edge. So I just want people to pray for our city."