Including the known coronavirus-related deaths, we've lost about a dozen police officers and deputies in our area. 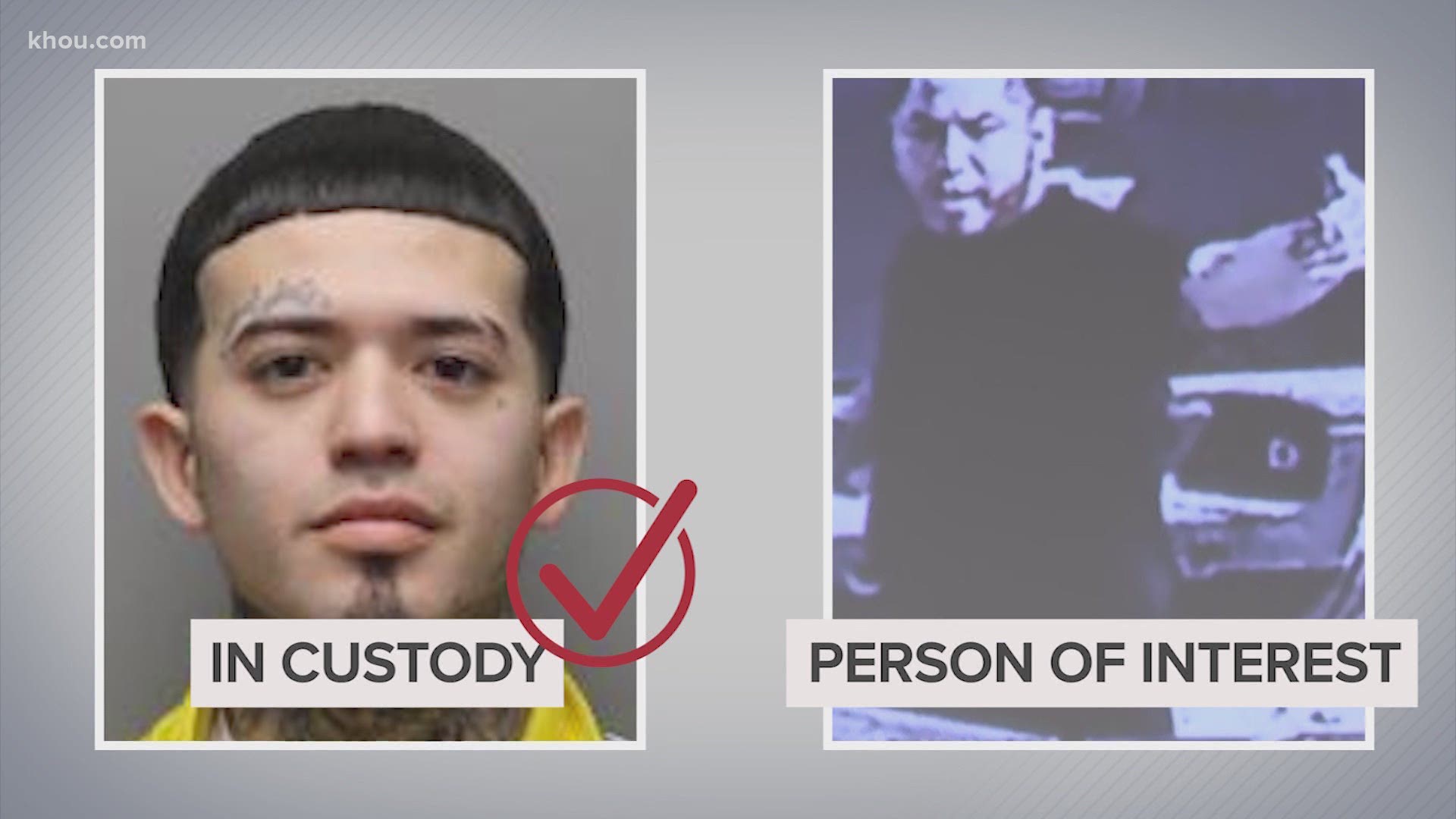 HOUSTON — It has been a heartbreaking and violent year for the law enforcement community in the Houston area with at least eight deaths reported in a one-year period.

Most are from gunfire, but one of the on-duty deaths in Houston was caused by a police helicopter crash.

“It never gets easier, but we will close ranks and drive on,” tweeted Houston Police Chief Art Acevedo on Monday night after the recent killing of Sgt. Sean Rios.

Here’s a look at the deaths that have occurred over the last year:

Credit: KHOU 11
Houston officers who have died or been killed in the line of duty over a one-year period as of Nov. 9, 2020

Sgt. Christopher Brewster, 32, of the Houston Police Department was shot and killed in December 2019 while responding to a domestic violence call. He was married, recently promoted to sergeant and beloved. “He loved Jesus,” a friend told KHOU 11 News shortly after the officer’s death.

Sgt. Kaila Sullivan, a Nassau Bay police officer, was also killed in December 2019. She was struck by a suspect in a vehicle who escaped arrest and sped away. Sgt. Sullivan was 43 years old and lived in Friendswood. Dec. 27 would have been her 16th anniversary with the City of Nassau Bay Police Department. She was also the national president of the Sisters Eternal Women’s Motorcycle Club.

Liberty County Deputy Richard Whitten died during physical therapy in February 2020 while recovering from injuries he sustained in a 2019 shooting. He was said to be in good spirits and was ready to go home. It appeared he suffered a heart attack, officials said. He had just been named Officer of the Year by the 100 Club prior to his death.

We also said goodbye to Houston Police Officer Jason Knox following a police helicopter crash in May 2020. He was a car buff who restored a vintage beauty police car with HPD’s old school colors. He is remembered as a great police officer, a devoted husband and a loving father of two.

Later that some month, we suffered another loss in the Houston area. Fort Bend County Precinct 4 Deputy Caleb Rule, 37, is remembered as a mentor, a great boss and a family man. He was mistakenly shot and killed by a sheriff’s deputy while responding to a call about a suspicious person.

More recently, the Houston Fire Department announced the shooting death of Lemuel 'DJ' Bruce, an arson investigator. As an arson investigator within HFD, Bruce was a sworn peace officer. His October 2020 shooting was the first of its kind for the fire department. Bruce also served as a crew chief in the Marines. He was from Houston and attended Klein Oak High School.

In late October 2020, Houston police Sgt. Harold Preston was shot and killed – like Sgt. Brewster’s death, Preston was also responding to a domestic violence call. He was 65 years old and just a few weeks away from retirement. “We have lost a wonderful human being," Chief Art Acevedo said at a press conference shortly after. "As good as he was as a cop, he was a better human being."

The most recent death occurred Nov. 9, 2020: HPD Sgt. Sean Rios was killed in an apparent shootout with a suspect in north Houston. Sgt. Rios leaves behind four children -- ages 9, 12, 14 and 17 -- his parents and a brother. He also had two cousins who are HPD detectives. The police department said Sgt. Rios, a 25-year veteran of the force, was on his way to work but was in his personal car and was not in uniform when the shooting occurred. The shooting remains under investigation but was included as a "line of duty death" in a tweet by Chief Acevedo.

Not included in the main headline of this story, but just as important, are three Harris County Sheriff’s Office Deputies who have lost their lives to the coronavirus, the most recent reported on Nov. 3, 2020: The Harris County Sheriff's Office announced last Tuesday that Deputy Johnny Tunches died "after a courageous battle against COVID-19." According to HCSO, the 29-year-veteran is the sheriff office's third deputy to die after contracting COVID-19. Sergeant Raymond Scholwinski died on May 6 and Deputy Juan Menchaca died on June 13. Harris County Pct. 5 also lost a deputy constable to the virus, Deputy Mark Brown. Civilian and police employees have also died from COVID-19 in Houston.