Got a gift card this Christmas? OPD warns of scammers

"Never give out your personal information and never give out money. Whether it’s gift cards or real money, just don’t do it." 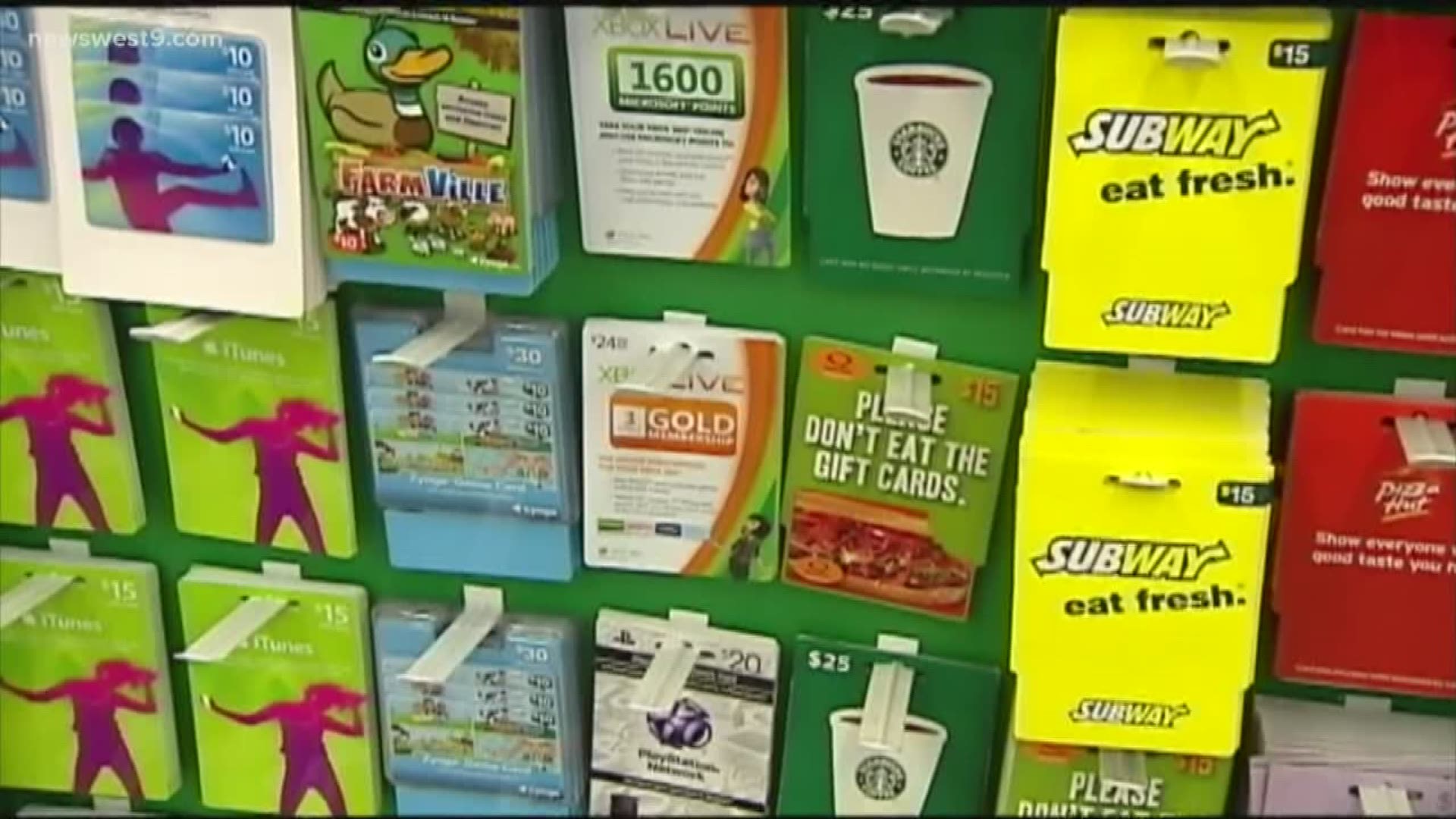 The only problem is if you aren’t careful enough, that money could land right in a scammer’s pocket.

“We’ve had a lot of reports from people that have told us that the IRS and Social Security administration has tried to contact them, claiming that they owe them money or that their personal information has been compromised and they need it," said LeSueur.

So what do you do in this case? Most know those calls aren’t warranted, hang up and go about their day, but LeSueur says it’s a scam people are still falling for to this day.

“If you do need to contact the IRS to verify it, don’t let them call you, you call them. They're never just going to call you. Never give out your personal information and never give out money. Whether it’s gift cards or real money, just don’t do it," said LeSueur.

But sneaky calls aren’t the only way scammers are getting to your gift cards, they’re skimming them too. Skimmers are devices that are capable of picking up magnetic information right off the card.

First things first, check the packaging. If something looks strange, that could be the first red flag. If the cardboard peel is missing or the scratch-off pin is scratched to expose numbers, you might want to call the card company or the retailer where you bought it.

“The bottom line is that the gift card should be treated like cash and you should buy the gift cards from a trusted place. Try to avoid buying them online or from places like that," said LeSueur.

If you think you've been tricked out of your money, LeSueur says don't hesitate to reach out.

"It’s important to know that if you’ve been a victim of a scam, then you can come down to the Odessa Police Department and make a report. We've unfortunately had some cases where there have been victims that have been scammed several hundred and in some cases, several thousands of dollars," said LeSueur.

According to the Federal Trade Commission, $74 million dollars have been scammed in gift card and re-loadable cards in the first three quarters of 2019.