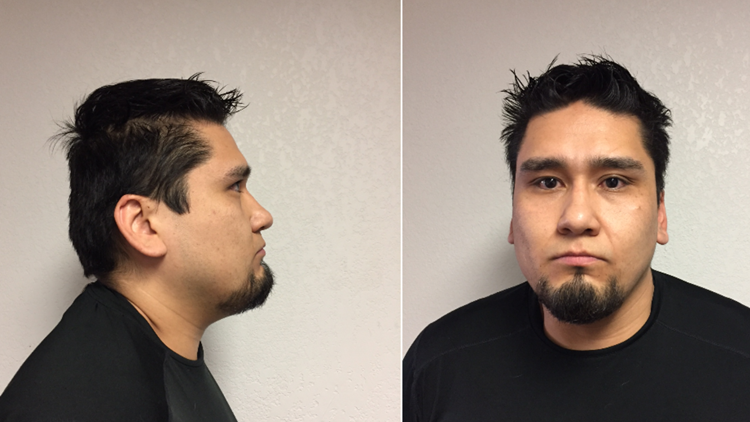 The Texas Ranger said his referencing Verk in the past tense and inconsistencies in his interview “raised a red flag".
Author: Kirsten Geddes
Published: 1:47 PM CDT May 3, 2019
Updated: 3:19 PM CDT May 4, 2019

LOCKHART, Texas — The trial of Robert Fabian is still underway as of May 3, but the focus on the first half of Friday's trial has now shifted to social media and phone records.

Texas Ranger Jeffrey Vajdos took the stand, testifying about phone records in the days after Fabian was suspected of murdering his on-again, off-again girlfriend Zuzu Verk.

The cell phone calls and text messages were described as frantic, with some going from Fabian to Verk but many more sent to Crhis Estrada, Fabian's friend.

Estrada told jurors in a previous days' testimony that Fabian admitted to him he had "accidentally" choked Verk to death and needed help moving her body.

There were also messages between Fabian and his sister, Jocelin Carrillo. Some of these messages occurred in the middle of the night at times when he had supposedly stayed at her house.

Vajdos also testified about an interview he conducted with Fabian before he was a suspect, which was prior to the time her skeletal remains were found by a Border Patrol agent. Fabian was arrested the next day and has been behind bars ever since.

RELATED: Zuzu Verk to be laid to rest on Sunday

Vajdos said the interview, conducted in the days following Verk’s disappearance, was intended to allow Fabian to tell the story at his own pace with “maybe a little guidance.” Fabian needed “a lot of guidance,” he said.

He also said Fabian referred to Verk in the past tense during the interview, something jurors had already heard from Alpine police. He said that statement “raised a red flag,” as did inconsistencies in his story such as saying he stayed home after Verk supposedly left, until a neighbor reported seeing him leave after that time; and that Fabian didn’t display the emotion you would expect of someone whose girlfriend was missing. “It was more self-serving,” he testified.

Vajdos also briefly discussed a friend of Verk’s who was originally a “person of interest” but was cleared.

The Texas Ranger said he was among the first law enforcement officers to arrive at the gravesite, which he said was about 45 feet off Wagon Road.

A half-acre perimeter was set up and eventually, hundreds of pieces of bone and other remains were located — so many that they “ran out” of orange markers typically used. “It was a significant undertaking to locate all the remains,” he said.

The trial is expected to continue through next week. We will continue to update you as the trial progresses.