Troy Anthony Smocks, 58, was charged with knowingly and willfully transmitting threats in interstate commerce, according to the complaint.

A Dallas man was arrested Friday and faces a federal charge after a criminal complaint was filed Thursday, alleging he was making threats regarding the riots at the U.S. Capitol on Jan. 6.

Troy Anthony Smocks, 58, was charged with knowingly and willfully transmitting threats in interstate commerce, according to the complaint.

The arrest affidavit says Smocks allegedly traveled to Washington, D.C. on Jan. 5. Then, he used a Parler social media account to post threats on Jan. 6 and Jan. 7 about the riots, referencing “RINOS, Dems, and tech execs,” the affidavit reads.

The FBI said his threats were viewed on social media tens of thousands of times.

Smocks is one of three North Texans that are facing charges concerning the siege at the U.S. Capitol.

Today, Carrollton resident Jennifer "Jenna" Leigh Ryan was arrested for allegedly violating two offenses, including knowingly entering or remaining in any restricted building or ground without authority, and disorderly conduct on Capitol grounds, according to the complaint.

Grapevine resident Larry Brock has been released and is awaiting trial in federal court in Washington D.C. He has been charged on the same two counts as those listed on the complaint for Ryan.

The FBI Dallas field office is continuing to try to identify people and is still interested in people providing tips regarding the identities of those who were involved in the siege at the Capitol. Anyone with information that can help the FBI identify those who were at the U.S. Capitol to call the Dallas FBI Field Office at 972-559-5000 or go to https://tips.fbi.gov/. 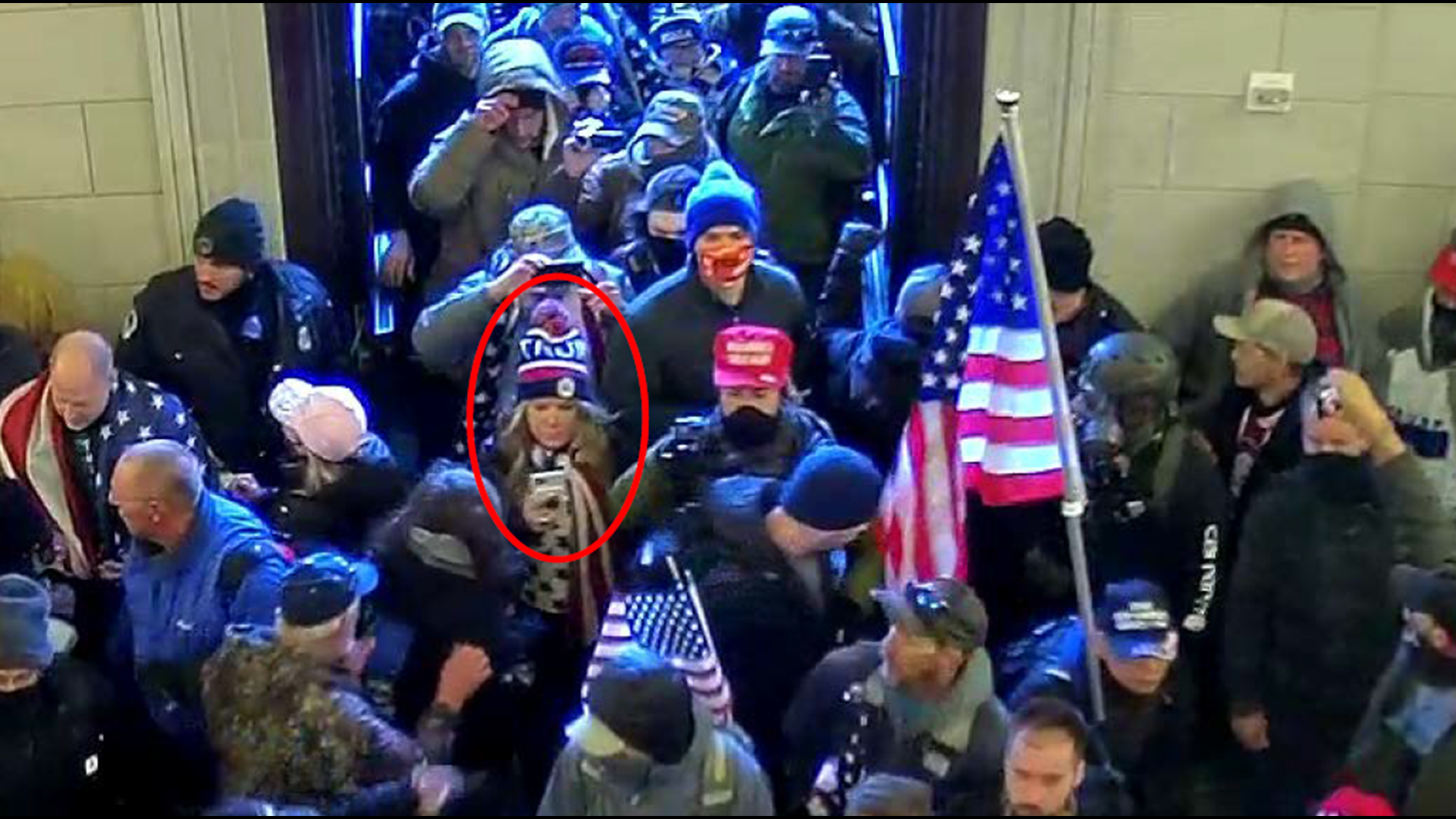