The couple charged with murdering the girl became her guardians in 2017 after her biological mom gave up parental rights. 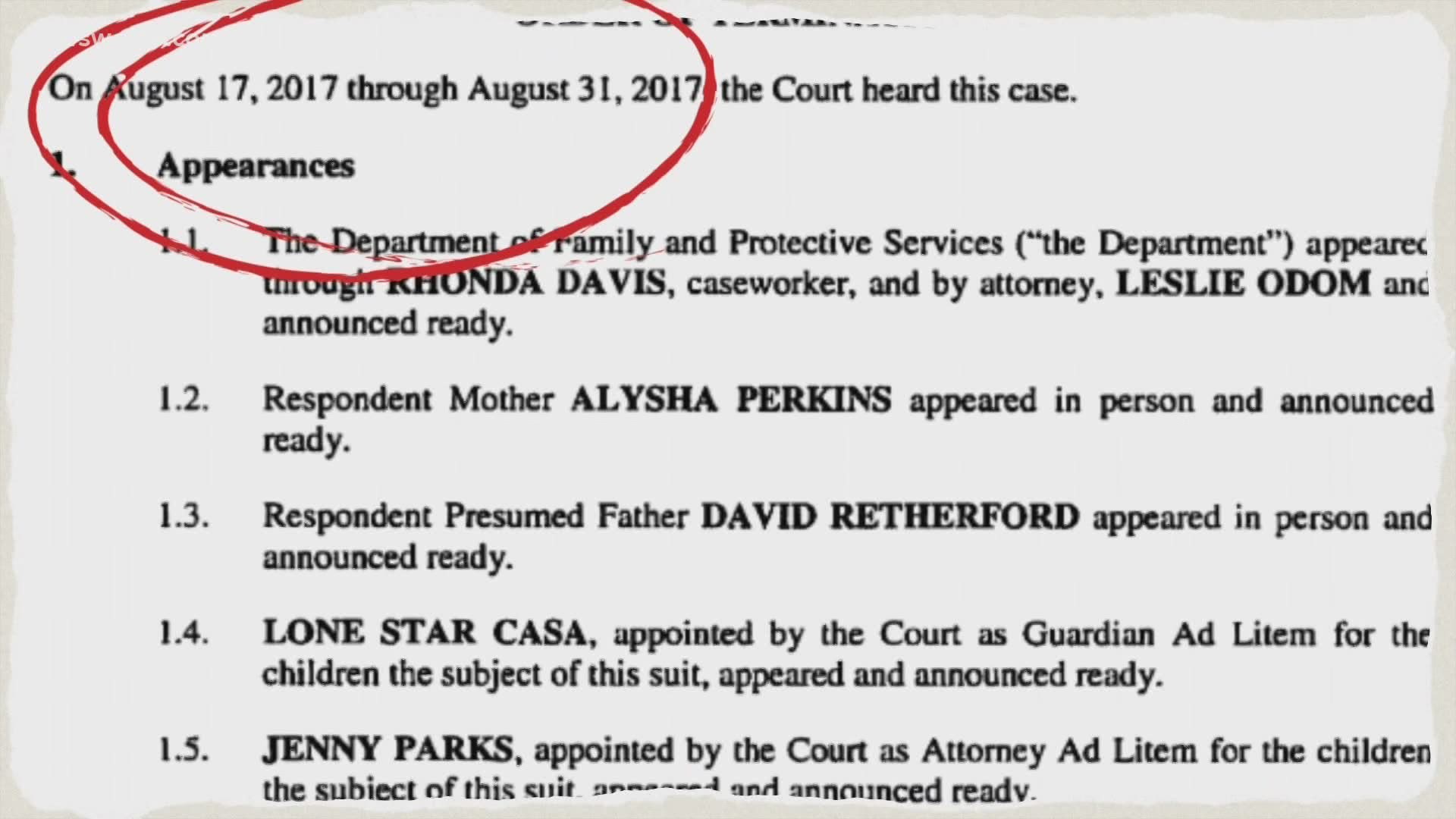 ODESSA, Texas — Court documents are revealing new details that give a look at what Jaylin Schawz's life was life before she was allegedly murdered by the couple that had legally adopted her.

Those court documents spell out the last 3 years of Jaylin's tragic story.

RELATED: OPD: 2 charged with capital murder after 8 year old dies, was denied food and forced to jump on trampoline

In April of 2017, her biological mother Alysha Anderton gave up her parental rights. Jaylin was just 5-years-old at the time.

Ashley and Daniel Schwarz were no strangers to Anderton-Ashley is Anderton's step-sister.

In the eyes of the system, and Anderton at the time, it was in the best interest of Jaylin and her future.

The arrangement that the group came to in mediation would allow Anderton to keep contact with Jaylin and included visitation rights.

It seemed like a solution had been found, but behind closed doors, Jaylin's new home was anything but happy.

"The discipline that these two little girls went through with these guardians involved head-shaving, it involved prolong-for a lack of a better term I'll call it torture," said Joshua Lowell Carpenter, the attorney representing Anderton.

"They're making them do exercise and things along those lines without being able to eat or drink, obviously they've been charged with capital murder so I don't think any of that is necessarily a surprise, how awful these people were to these children," said Carpenter.

Anderton wrote on her Facebook that she buried her daughter, unable to recognize her because she hadn't seen her in the last 3 years and claiming she was cut off from Jaylin, with the Schwarz's refusing contact.

She filed paperwork with the court to try and change that back in April of this year.

"Alysha still had visitation rights and the guardians were denying that visitation and we had filed an enforcement prior that had been court-ordered, were in the process of getting a court hearing and going back to court to return Alysha's visitation," said Carpenter.

Jaylin lived a life in a system that's supposed to be designed to help children like herself, but in this case, the system did not save her soon enough.

Schwarz's death is being ruled a homicide after the Tarrant County Medical Examiner performed an autopsy.

OPD says the autopsy report listed the death as a homicide and the cause of death was dehydration. https://t.co/GEEjR7buxl

Investigators say Jaylin was forced to jump on a trampoline with no water or breaks as punishment, back on August 29, 2020.

Officers estimate that on the day that Jaylin was forced to jump on the trampoline, the temperature of the blacktop surface was around 100 degrees.

This wasn't a one-time occurrence though; the investigation also revealed that this was a common punishment.

"People try to do their best, but unfortunately that's not always the best," said Carpenter.

The couple who was chosen to take care of Jaylin is now behind bars, charged for her tragic death.

Documents also revealed that there was another child in the home at the time of Jaylin's death.

As of Friday evening, both Ashley and Daniel Schwarz are still in custody in the Ector County Jail with a $500,000 bond each.