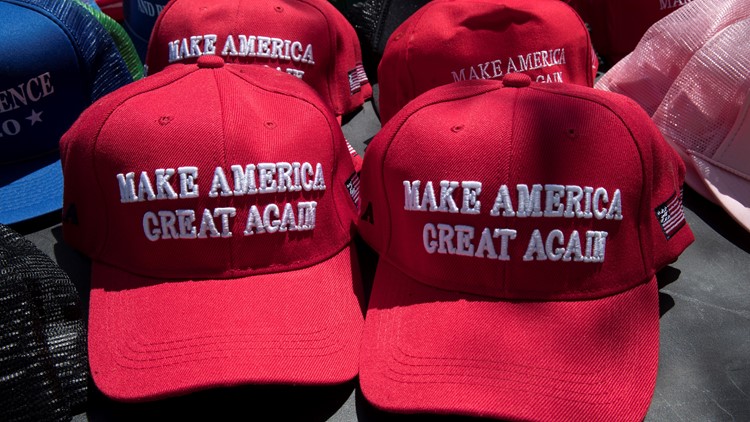 PORTLAND, Ore. — Two people are facing an assault charge in Portland, Oregon, after getting into an altercation with a man who was wearing a "Make America Great Again" hat.

Adebisi Okuneye, 23, and Leopold Hauser, 22, made a court appearance Monday. They both face charges of third-degree assault.

Multnomah County Deputy District Attorney Bumjoon Park said in a probable cause affidavit that Luke Lenzner's wife told police she asked her husband to wear the hat in Portland so she could see how people would treat him.

According to the affidavit, Lenzner and his wife went to Growler's Taproom, located at 3343 SE Hawthorne Blvd., shortly after midnight Saturday morning. Lenzner was wearing the "Make America Great Again" hat.

Hauser told police that he and Okuneye were "mean mugging" Lenzner because they "disagreed with the political statement of the hat." Hauser said Lenzner asked if they like the hat, which prompted an argument. He said after Lenzner pushed Okuneye, he got between the two and "arms were flying everywhere."

Okuneye told police Lenzner came out of the bar and said, "Bitch, do you like my hat?" She said there was arguing and pushing, and she doesn't know who punched Lenzner.

A video posted to YouTube shows Lenzner at The Vern in Portland hours before the alleged assault. In the video, Lenzner is seen shouting expletives and pointing at people inside the bar.

Michael Radosevich, who was inside the bar at the time, spoke to the Oregonian about the incident and said, "there was no doubt in my mind [Lenzner] was looking for a fight."

In the video, multiple people can be heard telling Lenzner to leave the bar. At one point, Lenzner answers, "Come outside and see what happens." Radosevich and another person are heard yelling back, "No one wants to fight."