49-year-old Luis Hernandez has been charged with the murder of 46-year-old Maria Soto. 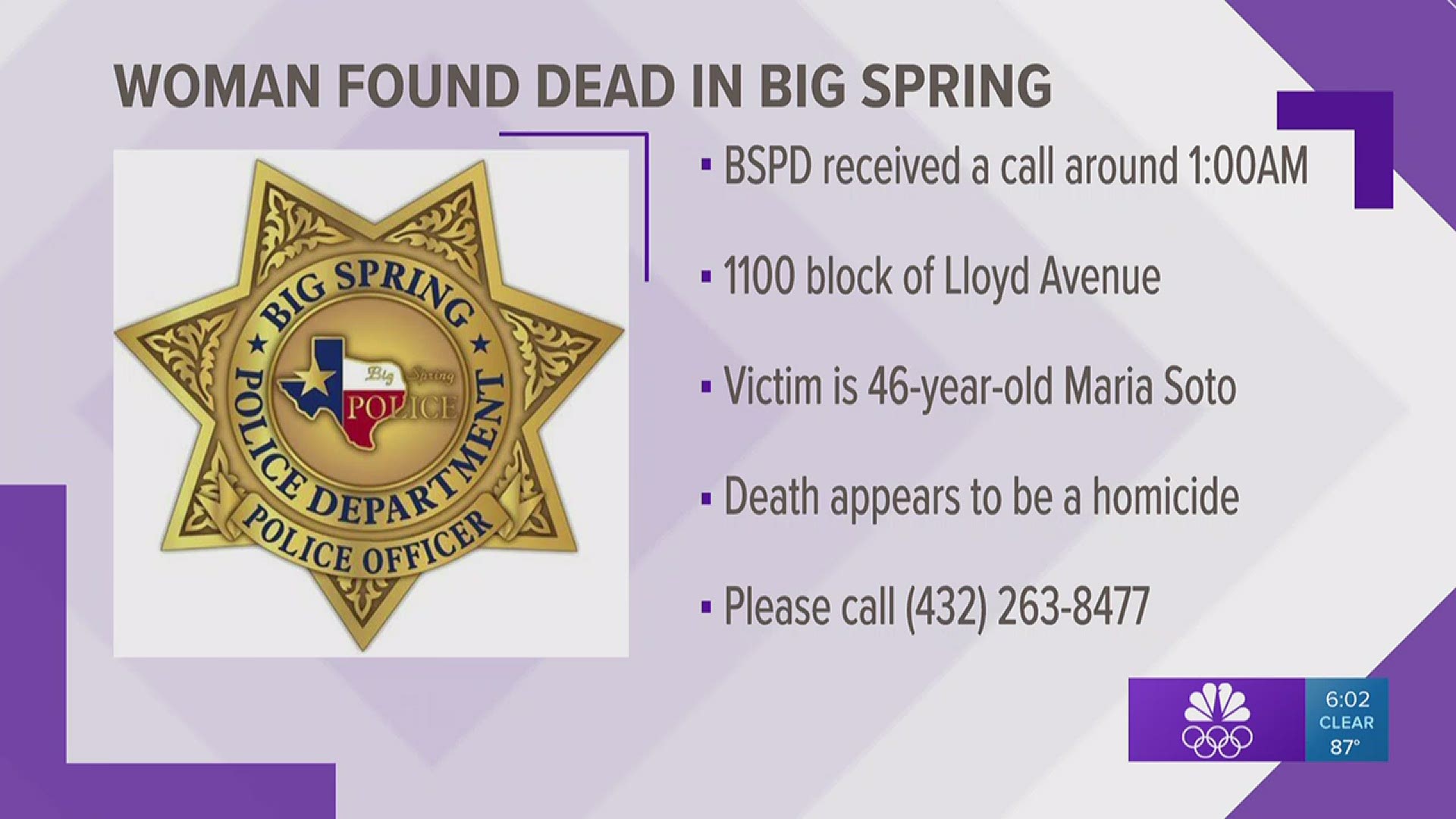 Hernandez was arrested at 6:28 p.m. on July 21 and charged with murder.

Detectives will continue to work on this investigation since it is still ongoing.

Original Story: The Big Spring Police Department has been investigating a possible homicide incident that occurred at 12:40 a.m. on July 21.

Soto's death is suspicious and the Big Spring Police and Department of Public Safety Ranger Division were notified.

Anyone who may have information about this incident can call Crimestoppers at 432-263-TIPS.