Police said detectives learned that the shooting took place in the area of Todd Lane and South Pleasant Valley Road at approximately 7 p.m. on Dec. 26. 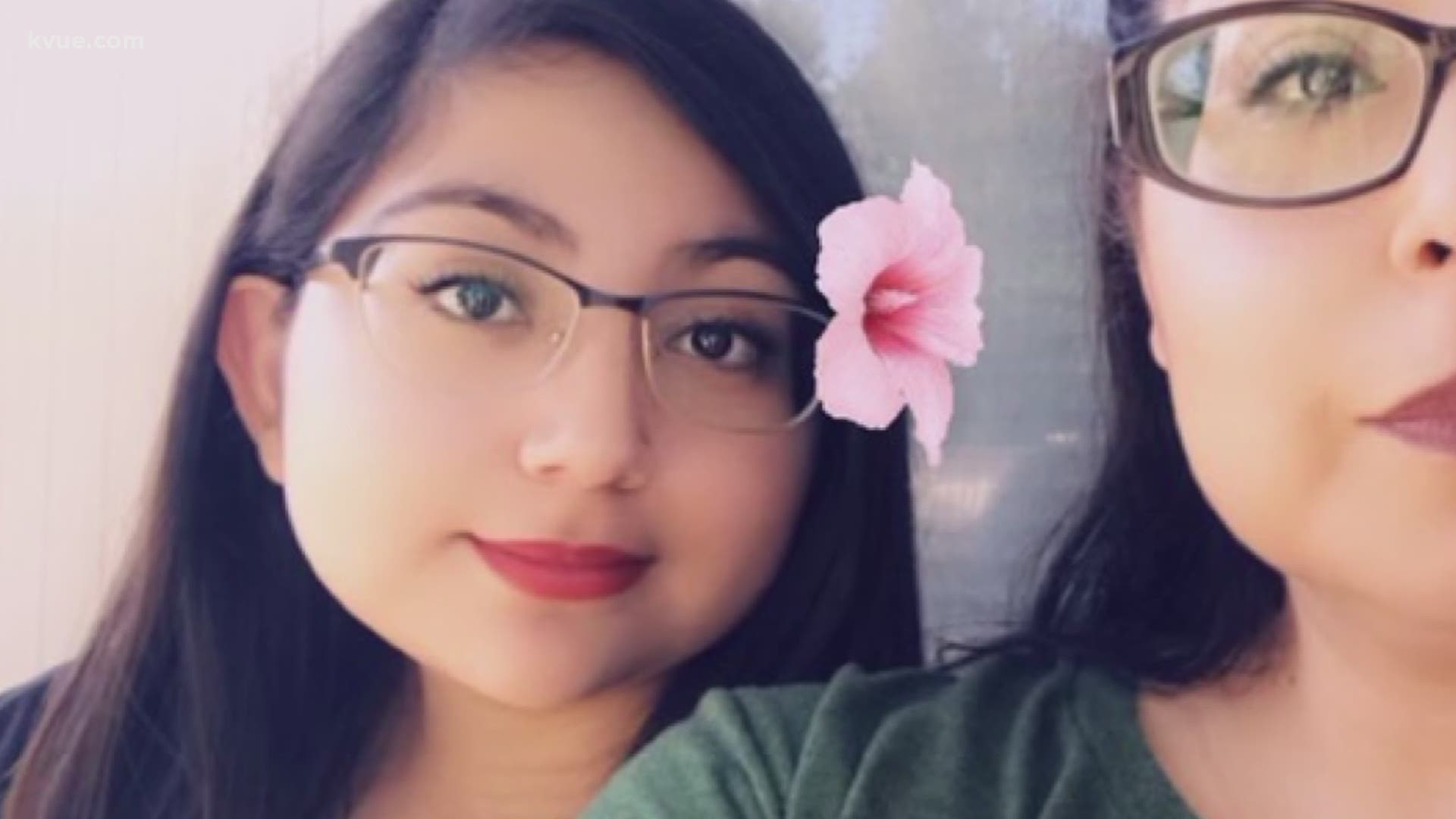 AUSTIN, Texas — Police are searching for the suspect or suspects involved in a shooting that resulted from a road rage incident.

The Austin Police Department said that on Dec. 26 at approximately 7:07 p.m., 911 dispatchers received a call of an injured female in the 5500 block of Lark Creek Drive. The caller advised that the woman had been shot during a road rage incident, police said.

The APD said officers arrived and found a woman being tended to by family members and neighbors.

The woman was also treated by Austin-Travis County EMS and transported to an area hospital in critical condition with life-threatening injuries.

The victim's father, JR Lopez, identified her as Miranda Lopez, 21. He said his daughter had to be taken off life support on Monday after being shot in the head. He said the hospital is now seeking recipients for her organs.

Her family has started a GoFundMe to raise money for medical, memorial and reward money expenses.

Detectives began their investigation and learned that the shooting took place in the area of Todd Lane and South Pleasant Valley Road at approximately 7 p.m. on Dec. 26, APD said. Police said the motive and circumstances of the incident are still being determined. According to APD, detectives "do not believe the victim knew the shooter(s)."

The APD said Wednesday they believe the suspect vehicle may have been a dark-colored sedan that was last seen driving westbound on East St. Elmo possibly without its headlights on.

Police said surveillance video shows a person driving a dark red or maroon SUV, possibly Ford or GM, may have witnessed the incident. Witnesses are asked to call APD Homicide at 512-974-TIPS, email homicide.apd@austintexas.gov or contact Crime Stoppers anonymously at 512-472-8477.

A $1,000 reward is being offered for information that leads to the arrest of the suspect or suspects in this incident. The family is also offering an additional $2,000.

In the surveillance videos below, you can see the potential witness in a red/maroon SUV, and the victim's white SUV followed by the suspect's dark sedan. At the end, you can see the suspect coming back through the intersection with their lights turned off.

Is it cedar fever or COVID-19? Explaining allergy vs. COVID-19 symptoms

Ready for the $600 second stimulus check? Here's the potential timeline

Need party ideas for New Year's Eve? Here are some safe, virtual options to ring in 2021