Police are investigating two separate shooting incidents that happened between Saturday and Sunday. 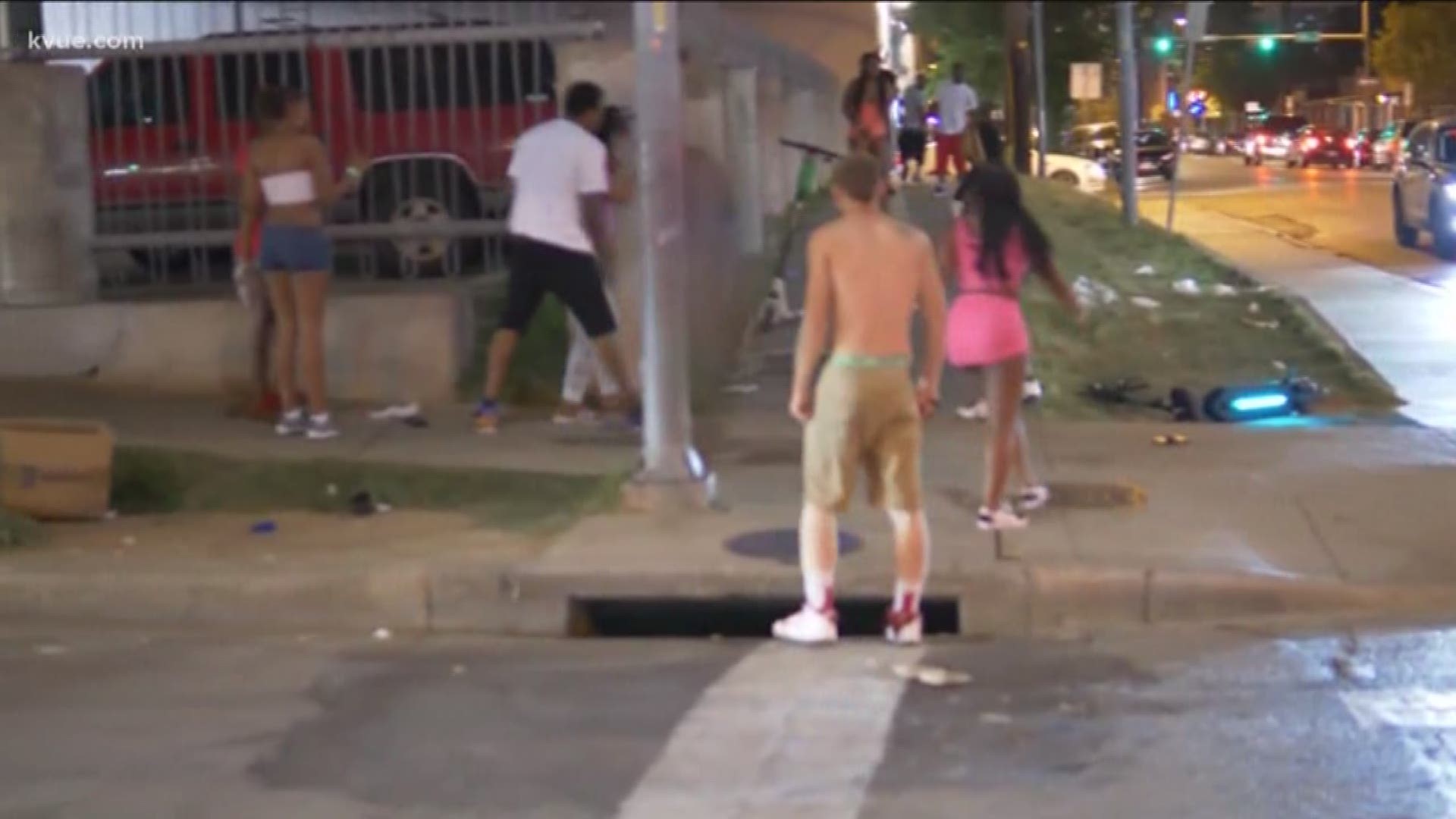 Police said medics took one person to the hospital with a non-life threatening injury. They have not reported whether anyone is in custody yet.

The second shooting happened just before 3 a.m. near the ARCH downtown, which is on Seventh and Red River. According to an affidavit, a warrant has been issued for a suspect linked to this shooting.

Police believe a man under the alias "Reginald Michael Lee" is responsible for shooting a woman multiple times after getting in an altercation with her. He was later identified as Reginald Isaish Thomas. The altercation was caught on HALO surveillance video.

The victim told police Thomas was talking to her brother on Saturday night at the Teji's restaurant when she noticed he had a gun. According to the affidavit, the incident was a continuation of an incident that happened at Teji's a few days before.

The victim states she hit Thomas once to give her siblings time to get out of Teji's. She also stated she maced him when he tried to grab her brother. After running away, the victim and her siblings arrived on the corner of Seventh and Red River Streets.

Police said Thomas and another woman begin walking towards the victim and a fight between the two females broke out. Thomas is believed to have then jumped on the victim's back, hitting her.

The victim told police Thomas stopped hitting her and pulled a gun out of his waistband, shooting her multiple times. Thomas allegedly told the victim, "I want you to die. I'm not going to stop until I kill you."

Thomas's gun reportedly jammed during the altercation, he fixed it and continued to shoot the victim. Surveillance video corroborates the altercation and shooting that occurred, police said.

The incident was captured on camera by a bystander and posted on YouTube. Warning: The video is graphic.

The victim told police she recognized Thomas because they are Facebook friends.

Thomas has an arrest warrant for aggravated assault with a deadly weapon, a second-degree felony, with other charges pending. His bond is set at $150,000. Online records on Monday indicate he has not yet been arrested.

As of July 23, he has not yet been arrested. Police ask anyone with more information to contact them.

According to the Austin Police Association, the victim was located with multiple gunshot wounds and was transported to Dell Seton.

"Could this 6-block area be one of the most violent locations in the State of Texas," asked the association on Facebook. "We've lost count on how many shootings and aggravated assaults that have been committed in this area over the past several months. Just this past Friday officers had to be moved from other assignments to the ARCH just to deal with disturbances there. We can guarantee one thing! Our officers and detectives are working their tails off trying to maintain order in the entertainment district of downtown Austin."

He was given a 50% chance to live after a fire. 1 year later, he perseveres