The chase went through Jefferson County, Orange County and parts of Louisiana before ending in a wreck. 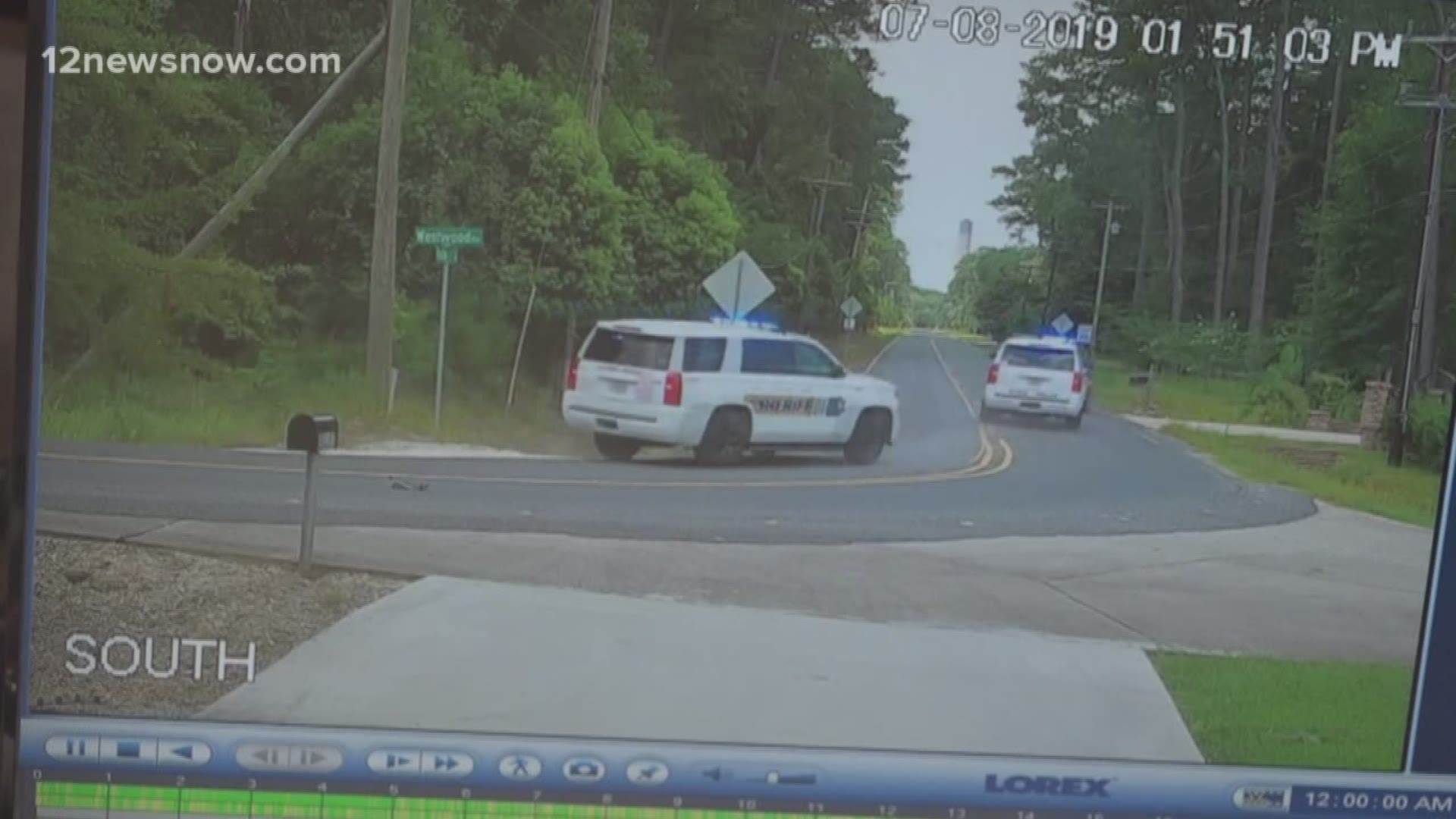 JEFFERSON COUNTY, Texas — A driver connected with a missing/endangered case in Austin has been arrested after law enforcement said  he hit two law enforcement vehicles and caused a major accident during a chase on Monday.

Jefferson County Sheriff's Office deputies tried to stop the driver of a 2008 maroon Honda Accord around 11:59 a.m. Monday for a traffic violation near Hamshire Road on I-10 according to the release.

The vehicle didn't stop, and the driver ran from deputies on I-10 eastbound according to the release. The suspect continued through Beaumont and into Orange County, then into Louisiana.

The man exited the freeway, u-turned to drive westbound on I-10, causing a wreck with a passenger vehicle and an 18-wheeler according to the release.

The chase continued back into Texas, and the driver exited into the Texas Welcome Station parking lot, where he entered the service road going head on into traffic before traveling eastbound back into Louisiana.

From I-10 eastbound he exited onto Highway 378 in Westlake, Louisiana, where he hit two law enforcement vehicles before wrecking on Hwy. 378 and Hollis Road.

He was arrested and taken to the hospital for treatment before being taken to a judge's office for arraignment according to the release.

This is a developing story. We will update with more if and when we receive more confirmed information.

►Make it easy to keep up to date with more stories like this. Download the 12NewsNow app.

This morning at 11:39 a.m., Jefferson County Deputies were working on IH10 East bound near Hamshire Road when they attempted to stop  maroon 2008 Honda Accord for a traffic violation. The vehicle failed to stop and fled from Deputies East bound on IH10.  After running the license plate, it was discovered that this vehicle was linked to an Endangered/Missing case out of Austin PD.

The suspect continued to flee from Deputies through Beaumont and into Orange County.  The suspect then drove into Louisiana where he exited the freeway, u-turned and headed back West bound on IH10 causing a major wreck with a passenger vehicle and an 18 wheeler.

The suspect entered back into Texas and immediately exited into the Texas Welcome Station parking lot.  He briefly entered onto the service road going head on into traffic before again traveling East bound back into Louisiana.  From IH10 East bound he exited onto Hwy 378 in Westlake, La..  He struck two law enforcement vehicles on Hwy 378 before wrecking out on Hwy 378 and Hollis Road.  He was taken into custody and transported to a local hospital for treatment prior to being taken to a local Judges office for arraignment.

The suspect faces multiple charges in Texas and Louisiana related to this case.   He is also going to be questioned by investigators in Austin, Texas about the missing person case.  Until he is arraigned, neither his name nor his mugshot will be available for release.