Police say the 64-year-old woman was sexually assaulted and stabbed to death. 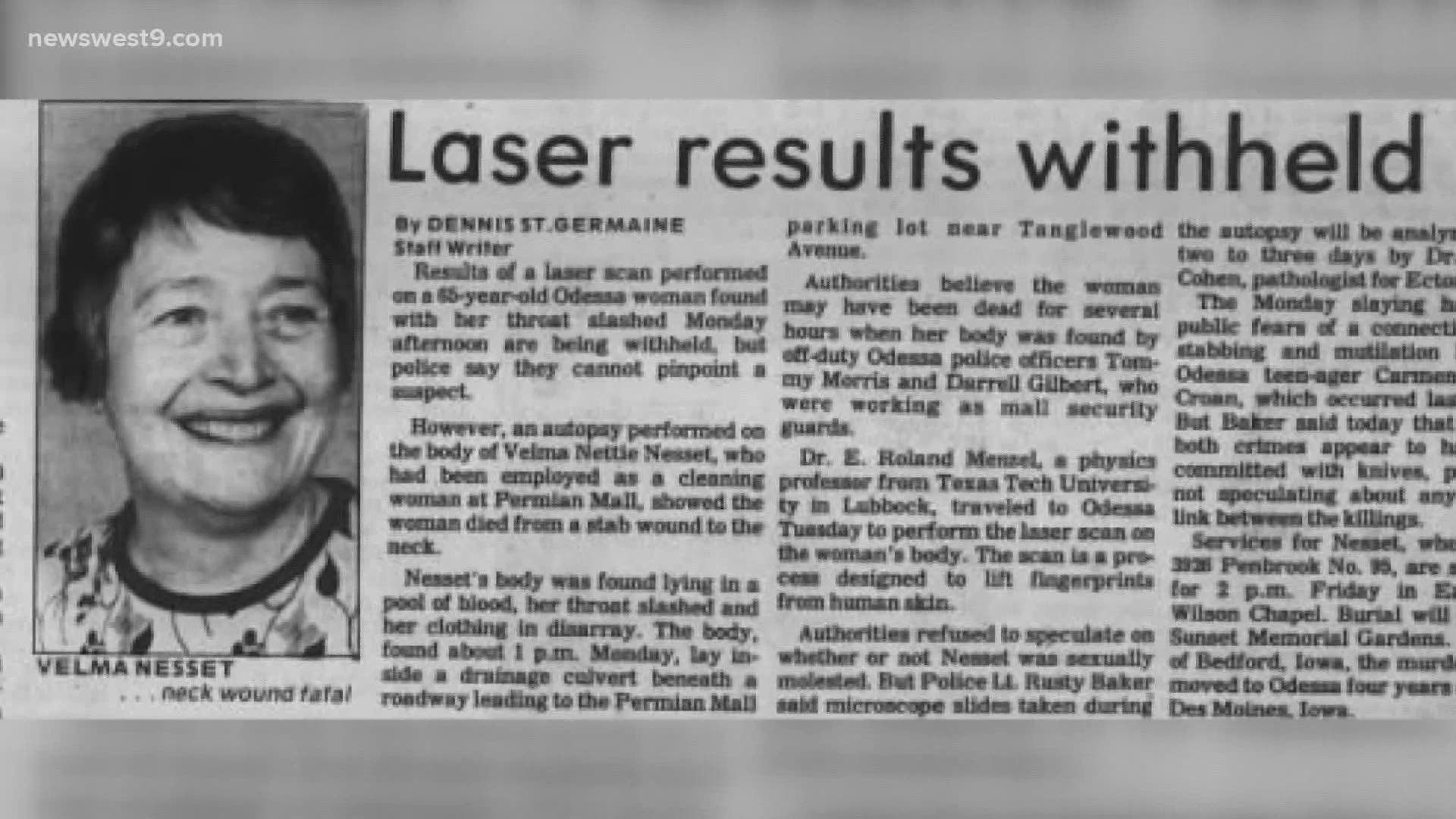 ODESSA, Texas — Odessa Police, with the assistance of the Texas Rangers Unsolved Crimes Investigation Program, have made an arrest in a nearly 40-year-old cold case murder investigation.

On April 19, 1982, Velma Nesset's body was found in a drainage culvert in the 4200 block of Tanglewood after she didn't show up for work.

According to police, Nesset, who was 64 at the time of her death, had been sexually assaulted and stabbed to death.

Due to investigative efforts and forensic technology, police were able to identify Bill Wayne Ludwigson, now 58, as a suspect.

Ludwigson is now in custody in Denver, Colorado and is pending extradition to Odessa.

According to an arrest affidavit for Ludwigson, DNA results from a cigarette butt brought about a breakthrough in the case.