Police did not say where the children were found but confirmed they were all found safe. 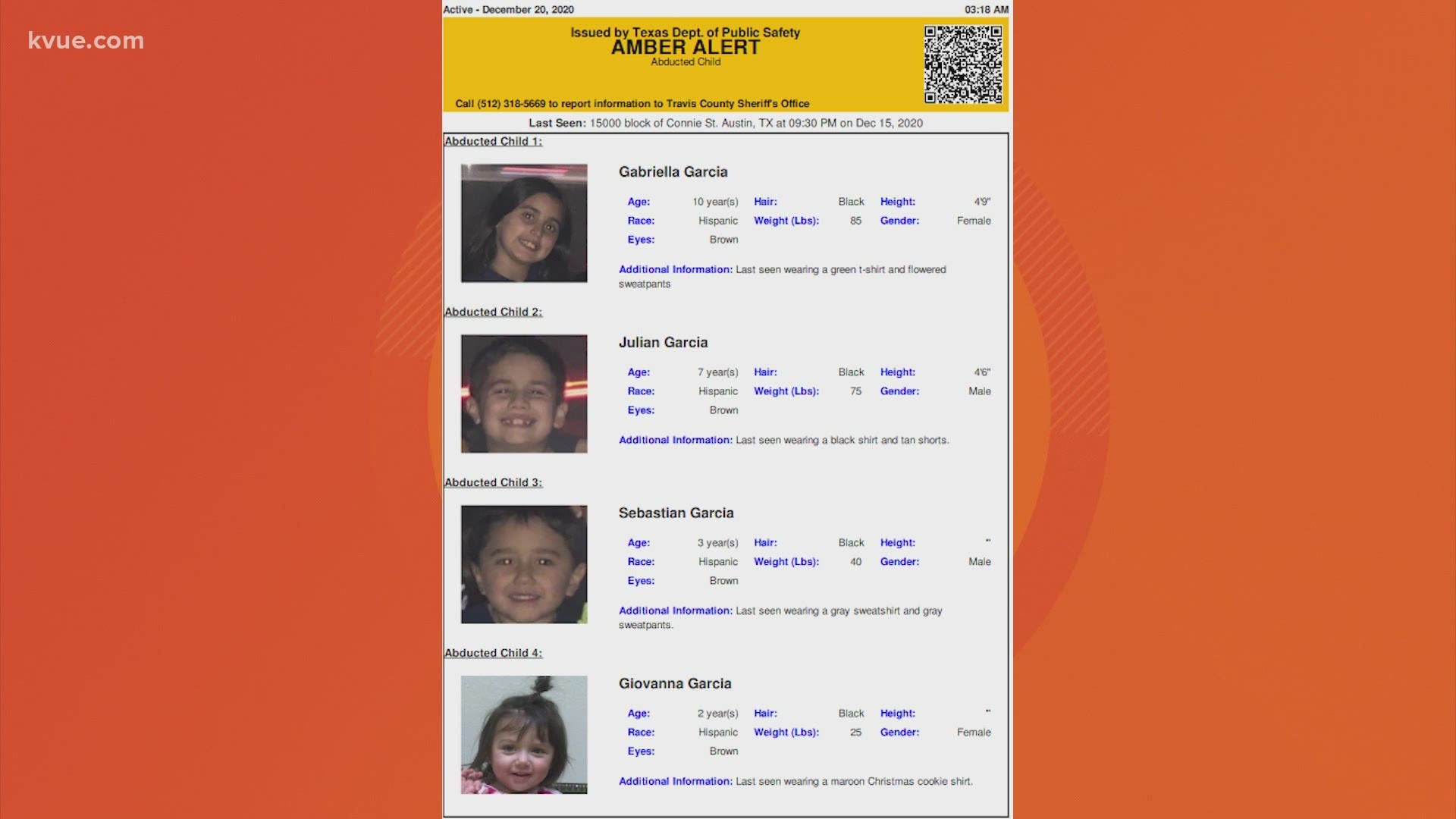 PREVIOUS INFO: An AMBER Alert was issued early Sunday morning at the request of the Travis County Sheriff's Office for four children who were last seen in Austin Tuesday night.

The children were last seen in the 15000 block of Connie Street near Interstate 35.

Cesar Giovanni Garcia, 32, was being sought in connection to this alleged abduction.