Sean David Watson had his first court appearance on Wednesday. 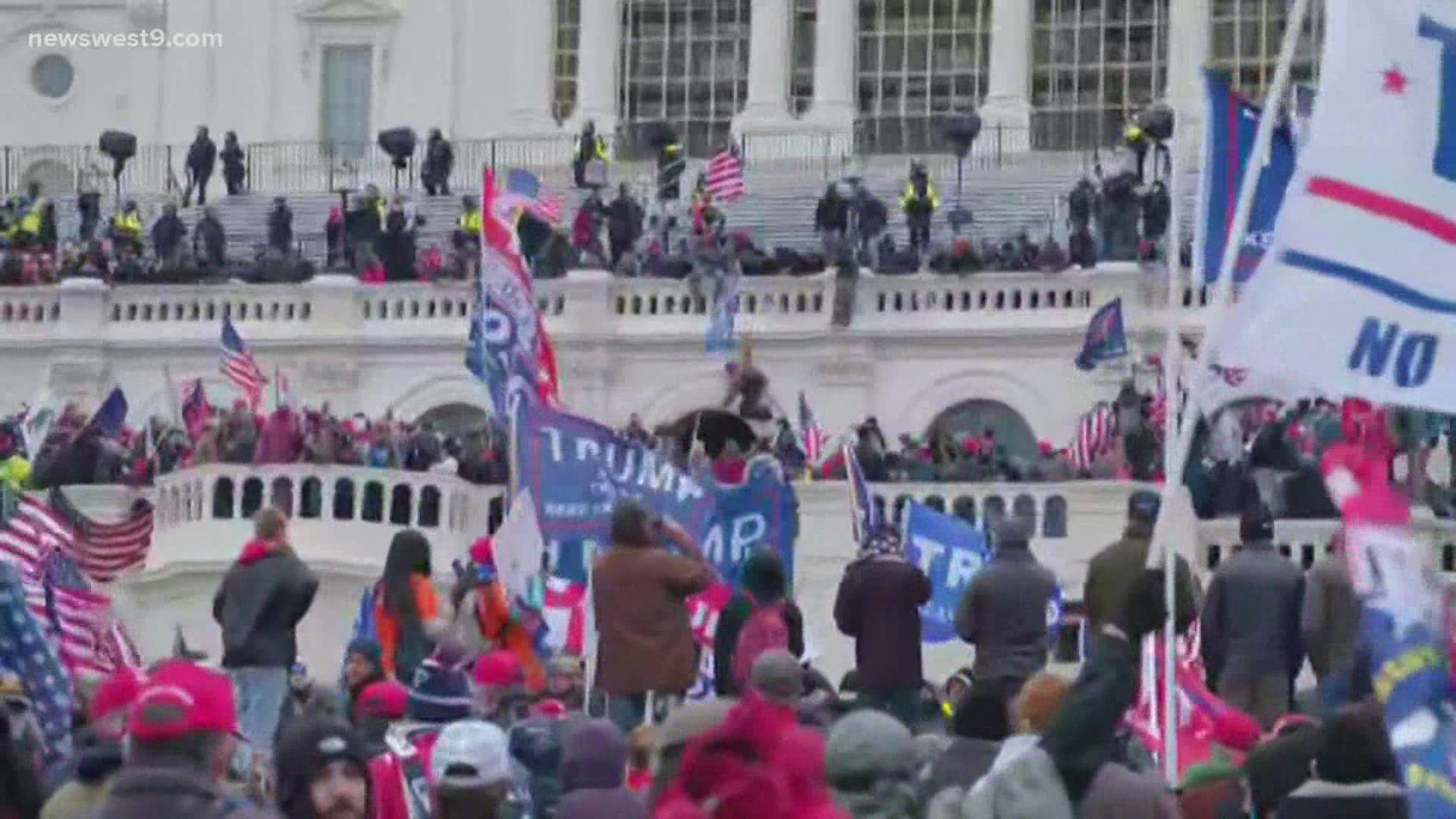 ALPINE, Texas — An Alpine man has been arrested and charged for his involvement in the Capitol riots on January 6.

Sean David Watson has been charged with "Knowingly Entering or Remaining in any Restricted Building or Grounds without Lawful Authority."

Watson has also been charged with "Violent Entry and Disorderly Conduct on Capitol Grounds".

Watson appeared in court for his initial appearance on May 5 at 12:00 p.m. The hearing was conducted by video teleconference.

The defense and prosecution agreed on the standard release procedures for Watson.

His next appearance will be a status hearing, which will take place at noon CST on July 8.