The attack that left three others injured could've been worse if not for Owen's bravery. 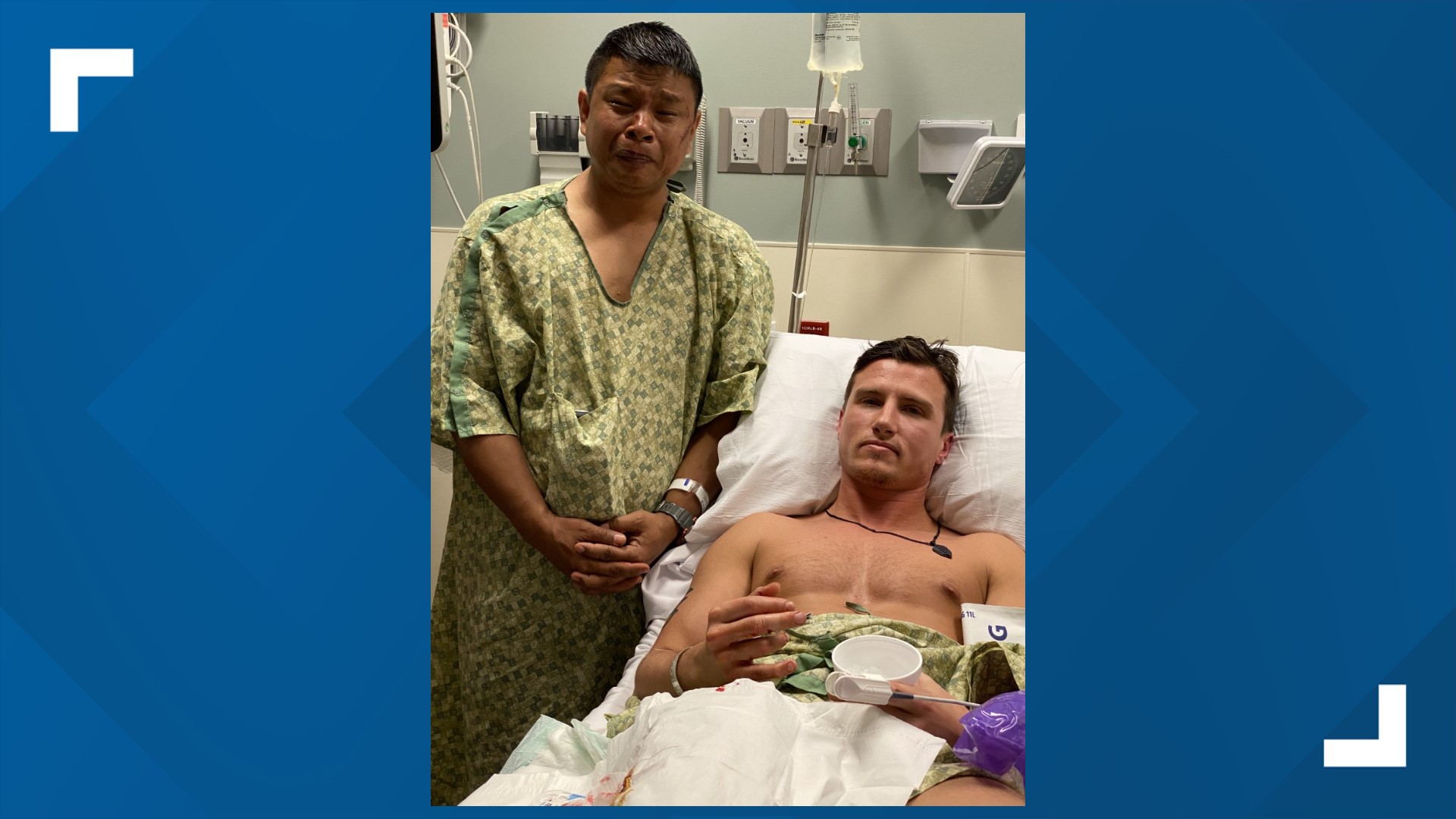 What started as a normal Saturday in the Owen household, with some video games between a father and one of his four sons, took a dramatic turn with one phone call.

"My dad and I were playing Call of Duty and Zach called me up and said 'hey man I got stabbed," Zach’s brother said.

Payton, one of Zach's little brothers said despite Zach's calm demeanor, the situation was very serious.

"It was kind of surreal, because we always talk about those situations and to think that he was stabbed at work. I thought it was toilet paper or something that he was trying to get, just to find out that he stopped someone who was trying to do a lot of harm to a lot of people. It was just crazy," Payton said.

According to official reports, Zach stepped in, wrestled down while grabbing the knife of a 19-year-old who had already stabbed three people, including two children in Midland's Sam's Club.

Zach took more than 30 stitches to his hand and another 12 to his leg.

"I believe in his mind those little babies weren't going to get hurt on his clock," Zach’s dad said.

Phillip Owen is Zach's father, he said in a home full of boys, a few conversations are left off the table, including how they would react to a public threat.

Sam's Club representatives went to his home to show their appreciation with food and drinks.

"Very humble, not seeking lime light for anything, a bit quiet and very observant, and he's got a great heart," Phillip said.

For the next few weeks, Zach will have to rest and maybe miss a few games on the Xbox.

"Zach was like, ‘Man I won’t be able to play Xbox any more’ and I was like, ‘Zach what hospital are you at, tell me where you are," Zach’s brother said.

From what we've learned in just the last 24 hours about Zach Owen, those who know him the best, have known for a lifetime.

"You know an older brother is someone you always look up to no matter what. You expect good things from them, but when it’s something like this, your hero becomes the community's hero," Payton said.