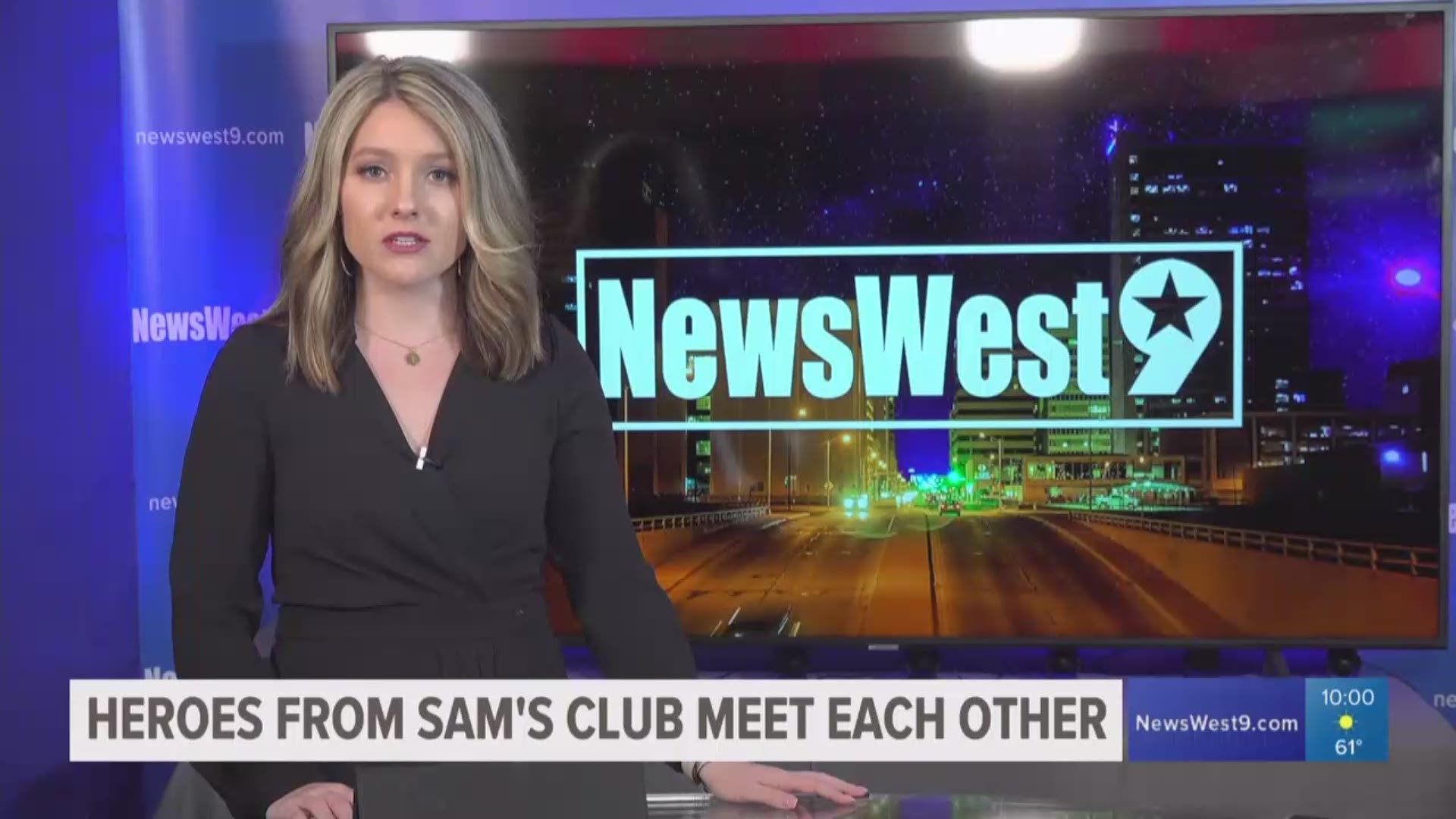 MIDLAND, Texas — Bawi Cung, his wife, and his three children were back at home and cooking lunch just two days after a vicious incident at the Sam's Club in Midland on March 14 in which Bawi and two of his sons were injured.

The family was shopping for bread at the store when Bawi was attacked from behind. He says the attack started with a punch to the back of his head.

As Bawi turned around, the suspect police have identified as 19 year old Jose Gomez slashed Bawi with a knife.

Bawi says the attacker then ran away, only to come back shortly after and attack his son.

"He turned to my son and stabbed him, I tried to pull the cart back but I was just a little to late," Bawi said.

Bawi's son suffered a laceration from his ear to his cheek.

Thankfully doctors say both will make a full recovery.

In the midst of the attack, off duty Customs & Border Protection agent Bernie Ramirez rushed over.

"I heard the commotion, and I knew something was wrong, but when I heard the lady and the baby scream it elevated the level," said Ramirez.

Agent Ramirez says he just happened to be in Midland that night to visit family, but when he walked up to the violence, his law enforcement nature kicked in.

"I saw two men on the ground and one of the men had the other man in a choke hold," said Ramirez.

Applying the choke was Zach Owen, a Sam's Club employee.

"I was off duty and identified myself, I had my gun and credentials, but then I realized one of the men was a Sam's Club employee and he said this guy just stabbed somebody," said Ramirez.

Despite deep cuts to the leg and his hand, Zach Owen stopped the threat. Then Agent Ramirez took over.

"I told him to let go, rolled the suspect over, searched him and detained him to keep him from running," said Ramirez.

Zach was then taken to the hospital, so it wasn't until today that Ramirez and Owen were able to officially meet each other.

"In my book, Zach is the real hero. He stepped in with his bare hands and joined in on a fight against an individual with a knife," said Ramirez.

Bawi says Zach got there just in time, because while him and his son were injured, he stopped it from getting worse and they can recover.

"I want to tell him I'm really thankful for him for saving my family's life and I'm very grateful," said Bawi.

It's a message he expressed to Zach Owen at the hospital, and will likely repeat for the rest of his life.