Odessa PD posted on Facebook thanking members from the community for their kind gestures. 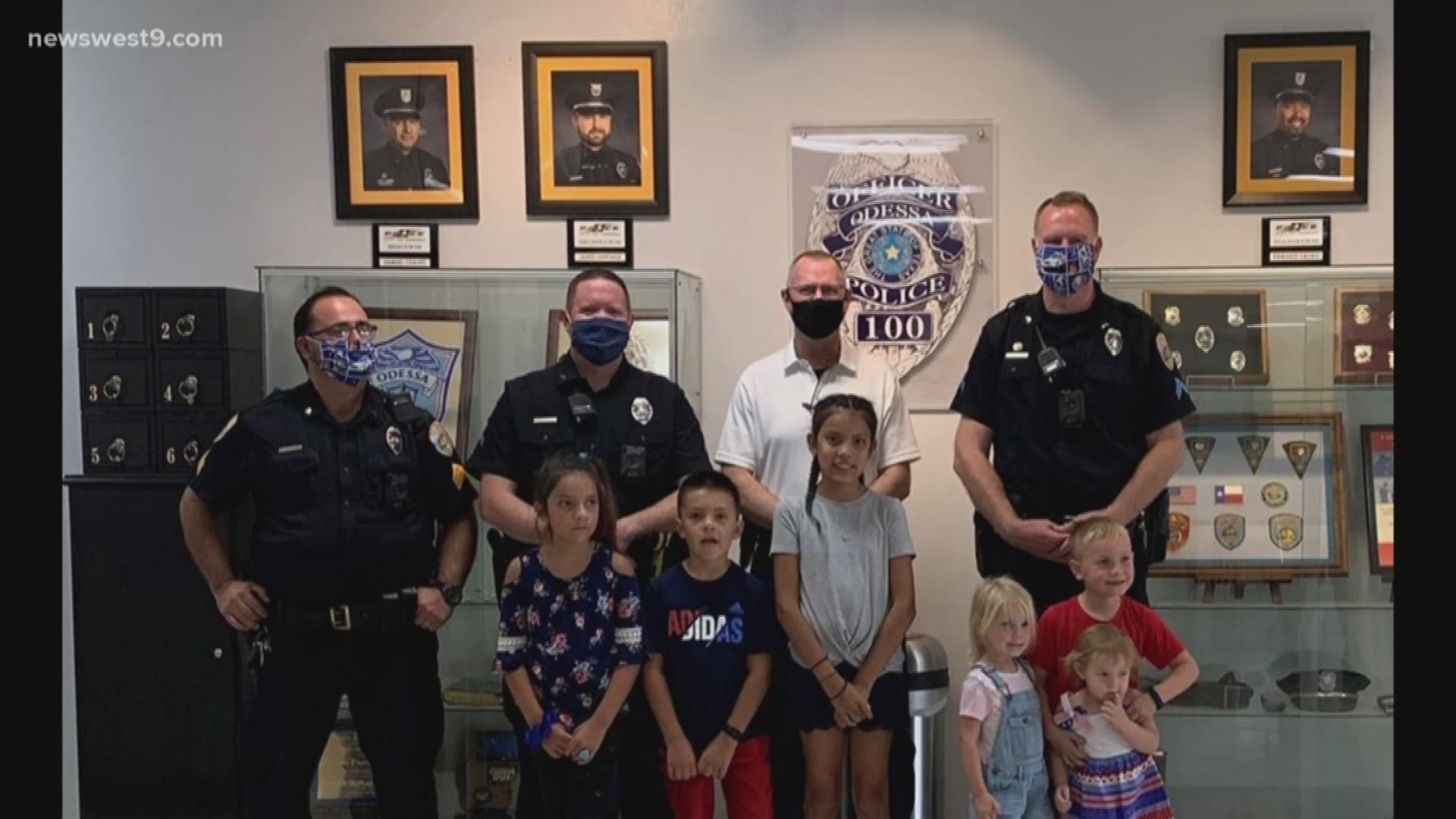 ODESSA, Texas — Odessa residents are sending the love to the Odessa Police Department in the form of food and drinks.

For the past several weeks, Odessa PD has received multiple cards, snacks, drinks, and sweets to thank them for their hard work protecting the community.

On June 8, the department got a visit from the Lions Club, Bobby Cox Corporation, and Saulsbury Industries. They brought gift cards for the station along with some encouraging words.

A few days later, four-year-old Kyle visited the station, who thanked the officers for, "protecting us from the bad guys!"

The kind gestures continued, ranging from gift cards to a jewelry store, some doughnuts from a mom and her kids, a kind note and some cookies, and cakes from Nothing Bundt Cakes.

Over the weekend, Ricki Calder and Ana Noll brought officers on patrol some burritos to keep them going.

The department shared on Facebook that the Odessa couple also brought a card thanking the officers for their work.

Then on Tuesday, it was a family affair. The department received a visit from the Seibold family, who brought in refreshments for the officers.