An agenda item was discussed to extend zoom meetings, but no action was taken. 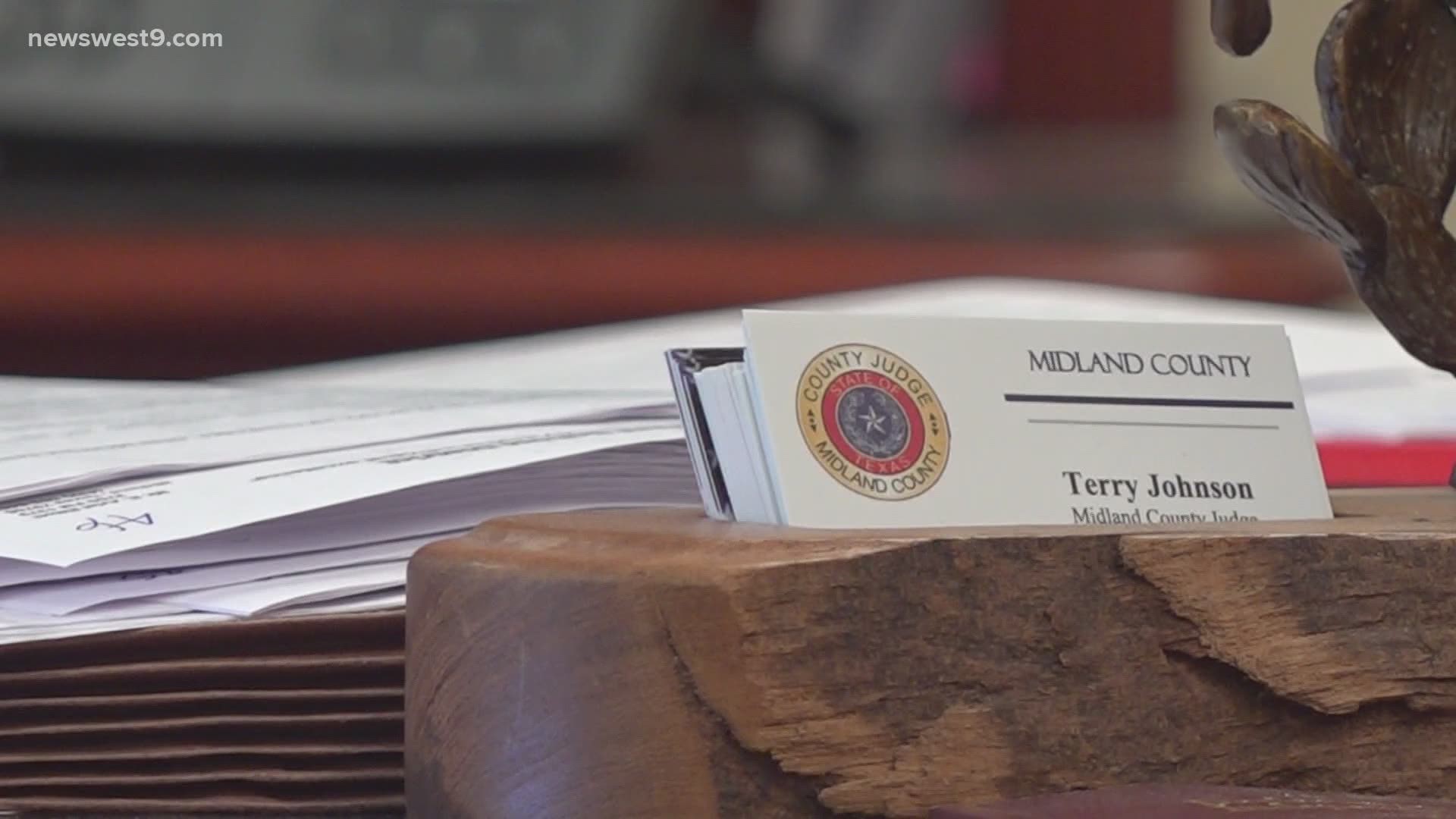 MIDLAND COUNTY, Texas — Midland County Commissioners Court was held via Zoom call on October 12, but it may be the last virtual meeting for the foreseeable future.

During the meeting, an agenda item called for a discussion and on implementing further meetings via Zoom and called for action.

Though no motions were taken.

As a result, meetings will revert back to in-person meetings held in the Midland County Courthouse's Auxiliary Court.

The agenda item was brought forth by commissioner Randy Prude, though several commissioners and County Judge Terry Johnson spoke in favor of returning to in-person meetings.

All of the departments within Midland County have resumed public services.

Plexiglass partitions have been ordered by the county to separate commissioners in the auxiliary courtroom, and are expected to be in place before the commissioners next meeting on October 26.