Weston Davis, 60, went to the doctor after experiencing what he thought were symptoms of COVID-19. While there, he discovered he was suffering from far worse. 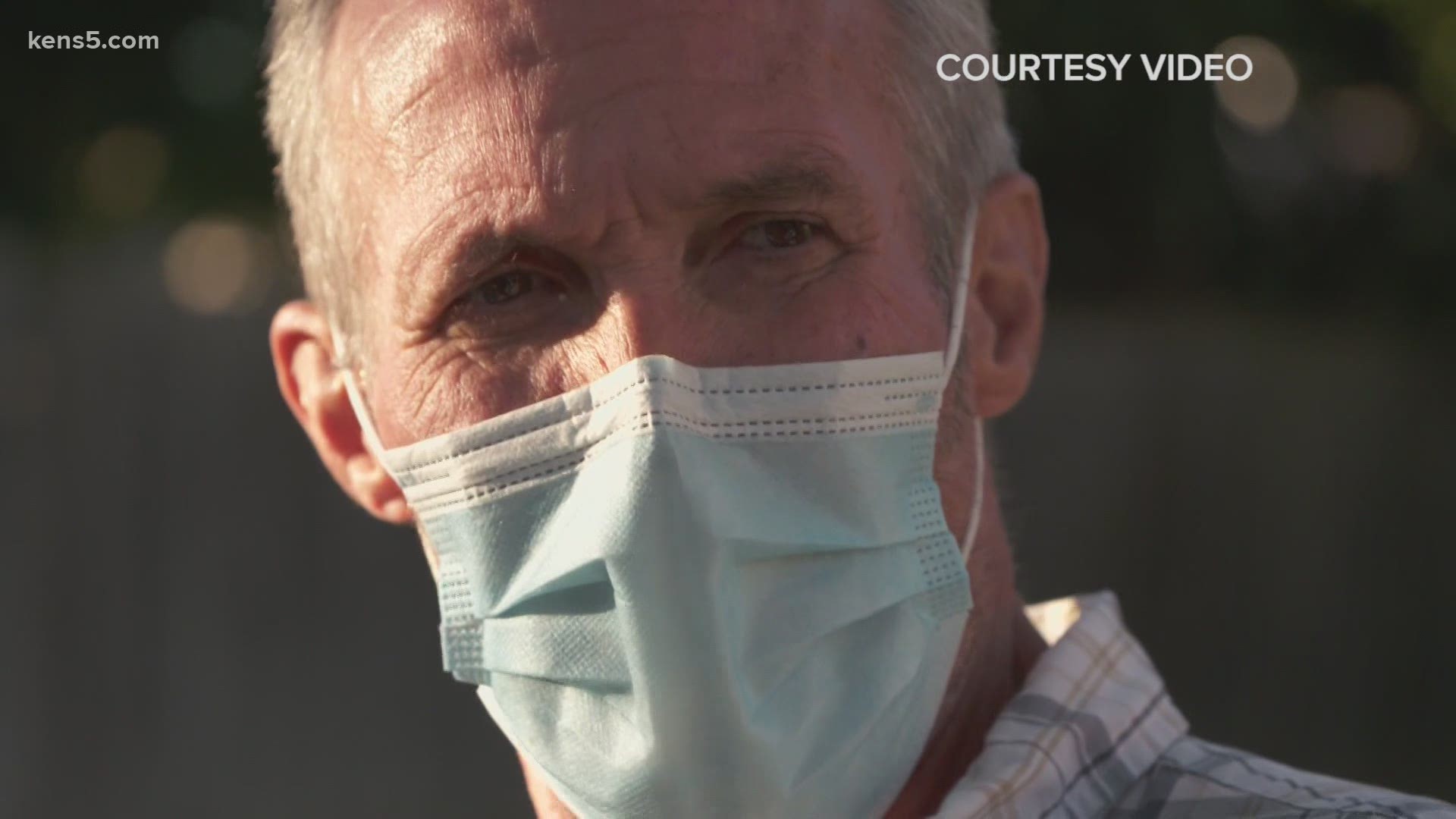 SAN ANTONIO — One San Antonio family is feeling extra thankful this holiday season after a COVID-19 scare saved the life of their loved one.

Weston Davis, 60, recalled the symptoms he felt: Difficulty breathing, chills, an aching body. On a Thursday in July, he began isolating at home and waited a few days before going to Texas MedClinic to be tested for the novel coronavirus.

When the results came back negative, doctors then opted to test him for other illnesses.

"The doctor left the room and came back with a with a kit to test for strep throat," Davis explained. "And I turned around and got dizzy, sweaty, and I collapsed on the ground. I had a heart attack right there in her room, in her office."

In a matter of minutes, Davis was taken by ambulance to University Hospital where his daughter works as a cardio nurse. One of Davis's more vivid memories during the ordeal was the realization he would never see those he loved most again.

"I was laying in the ambulance and the technician in the back was doing things to me and I just kind of opened my eyes. I looked at him and I said, 'Am I going to live through this?' And he was very nice and he said, 'Well, I can't give you a yes or no. I'm taking care of you.'

"And I remember saying to him, 'I need to see my grandchildren and my girls again, am I going to make it?' And that's kind of the last thing I remember."

When Davis got to the hospital, he was cared for by friends and colleagues of his daughter, Staci Ward. Ward, out jogging at the time of his heart attack, was called by a friend and raced to the hospital. The incident occurred at the same time Bexar County was experiencing a surge in coronavirus cases and hospitals implemented a number of safeguards to mitigate the spread of the virus, including minimizing visitors.

"Because of the hospital restrictions, we really couldn't be there as much as families have been in the past when this has gone on," Ward said. "I trusted the cardiologist, the cardiothoracic surgeons, the nurses, therapists—everyone. Trusted them that he would get that compassionate care in and he did. So I'm very grateful for everyone there." 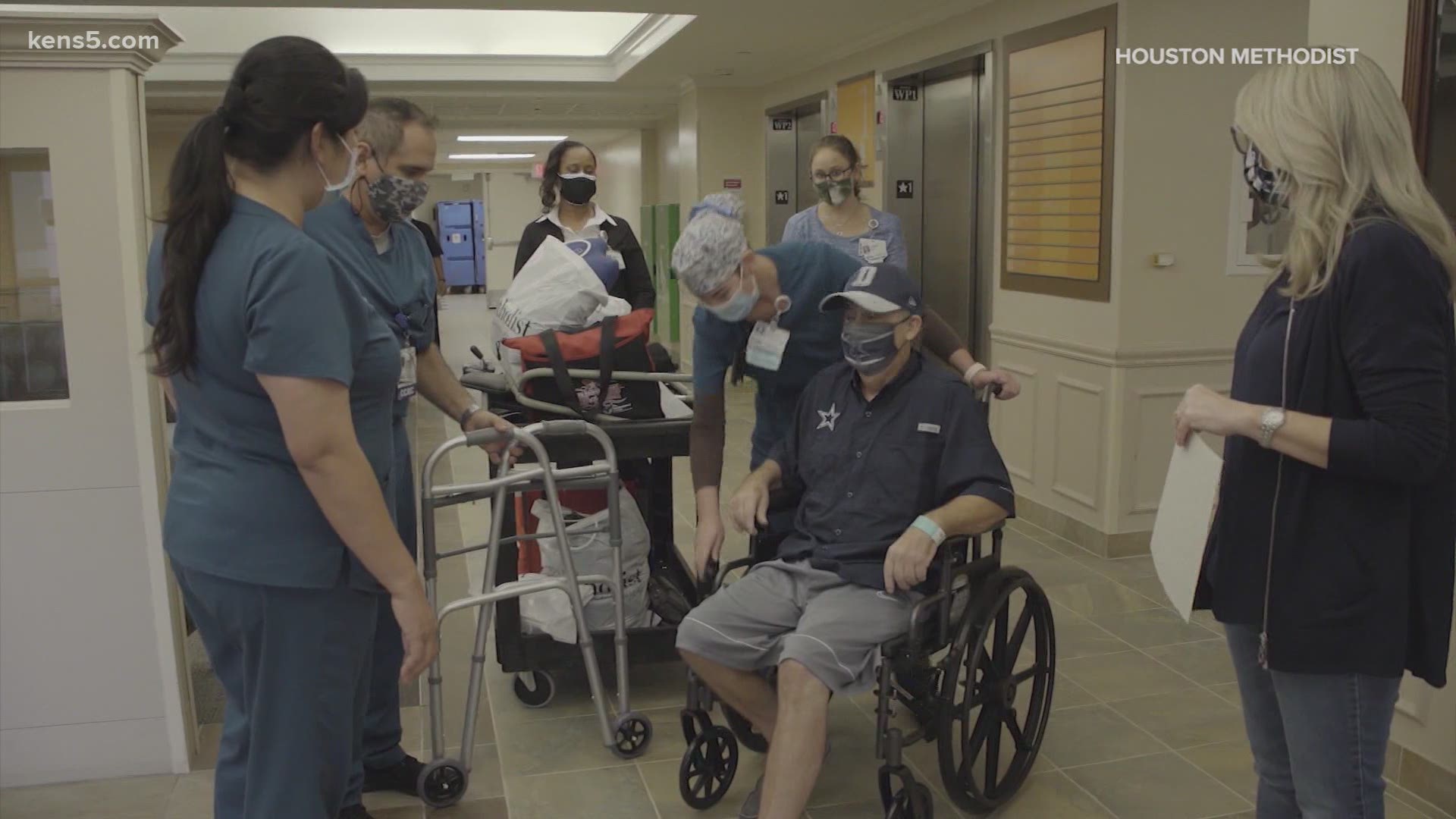 Davis said that, leading up to the heart attack, he kept unhealthy habits, such as smoking and a poor diet. He said that, compounded with a stressful job, it was only a matter of time.

Doctors informed Davis his heart was functioning at 10%. Doctors implanted an Impella heart pump, the world's smallest heart pump, allowing his heart to rest and recover.

Ward said her father's symptoms were not the ideal indicators of a heart attack, but said those who feel symptoms should go to the doctor sooner rather than later as the time can do more damage on your heart.

Davis said that when he was released from the hospital, he realized many had anxieties about going to the doctor due to fear of getting the coronavirus. He said he hopes people will still seek their routine medical care despite the pandemic.

"People need to make sure that they take care of themselves during all this," Davis said. "Just because it's going on doesn't mean you shouldn't be going to the doctor."

Since July, Davis said, he's taken steps to make certain lifestyle changes so he gets more birthdays, Thanksgivings, Christmases and everything in between with those he most cares about.

"That's really all I care about in life, is my daughters and my grandchildren," Davis said. "I'm very lucky to have them and be around them."