3 decades of giving: Longest Letter to Santa is ending

Creator of the fundraiser, Del Bowie is ready to retire. But before she does, she wants someone to take on the Longest Letter next year. 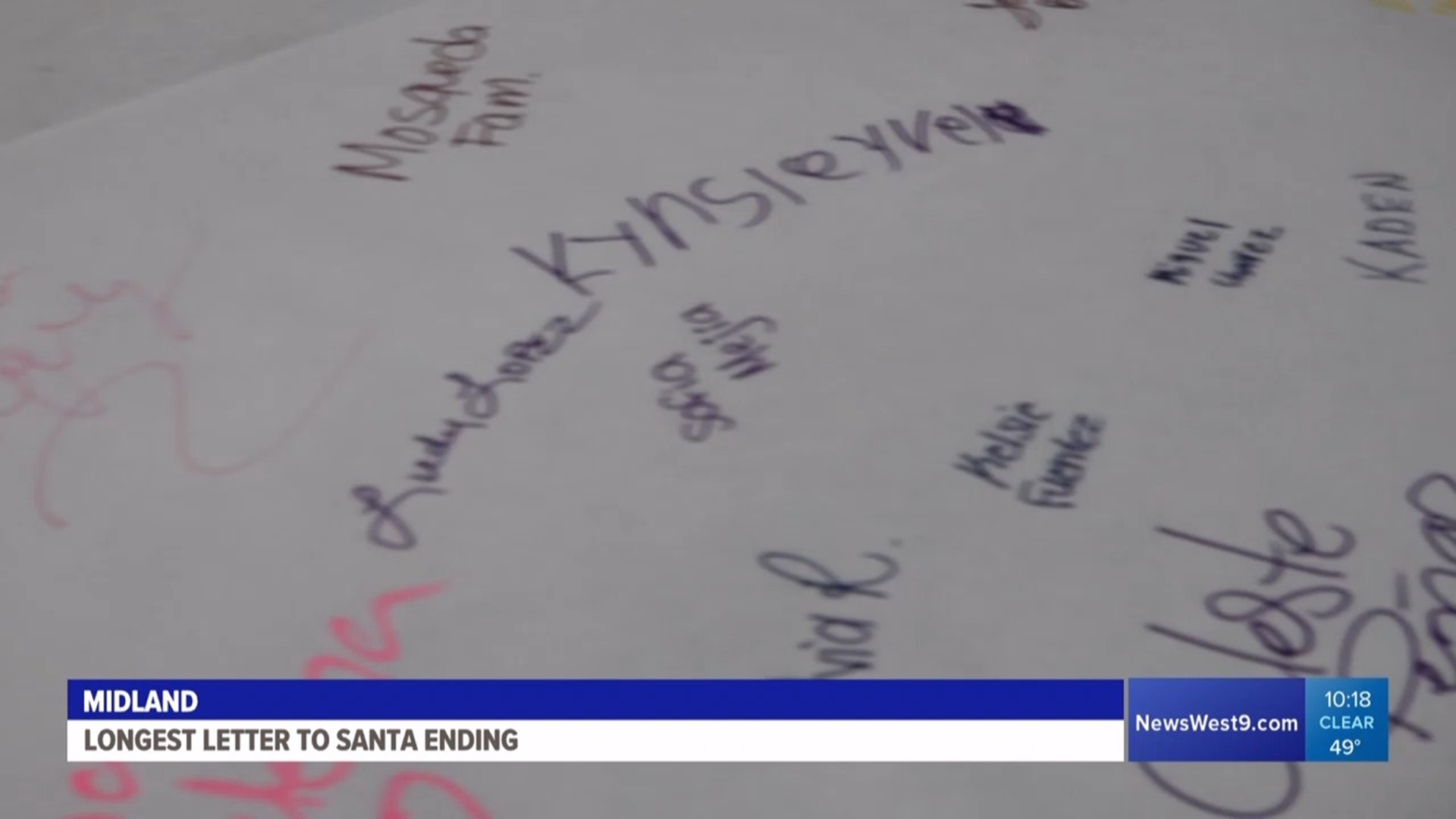 MIDLAND, Texas — If you want to make a difference, we’ve been taught that you must put pen to paper. And in this case, you could say Midlanders are on a roll.

For more than three decades, children have signed their names, jotted down a Christmas wish or just a simple greeting to the big man in red. All that’s asked in exchange is a $1 dollar donation. The AT&T Pionoeers call it the Longest Letter to Santa.

Over the years, it has proven to be a valuable teaching moment too: it’s better to give than receive.

“It was just something I came up with. It raised a lot of money,” Del Bowie, the creator of the Longest Letter to Santa fundraiser said.

Del Bowie is the woman behind the giant idea. She and the AT&T Pioneers have rallied volunteers and giant rolls of paper for the annual fundraiser year after year.

“It’s just so wonderful to go back and look back at some of the letters and signatures. It always brings back wonderful memories of how wonderful it was,” Bowie said.

Every single dollar raised has stayed in west Texas, too. The AT&T Pioneers donate the money to the NewsWest 9 Salvation Army Toy Drive – a commitment to put presents under the tree for those in need.

“It has gone through several generations of giving. 30-35 years, you see a lot of kids come and go,” Bowie said.

35 years of letter and this year will be Bowie’s last. She’s ready to retire. Though, before she does, Bowie has a Christmas wish for her community:

“We hope that someone would like to pick up where we left off with the Longest Letter to Santa and continue that,” she said.

A wish to continue the giving spirit for even more generations to come.