An Odessa man is using his athletic training business to fund the new non-profit, "A Special Kind of Game Ready". 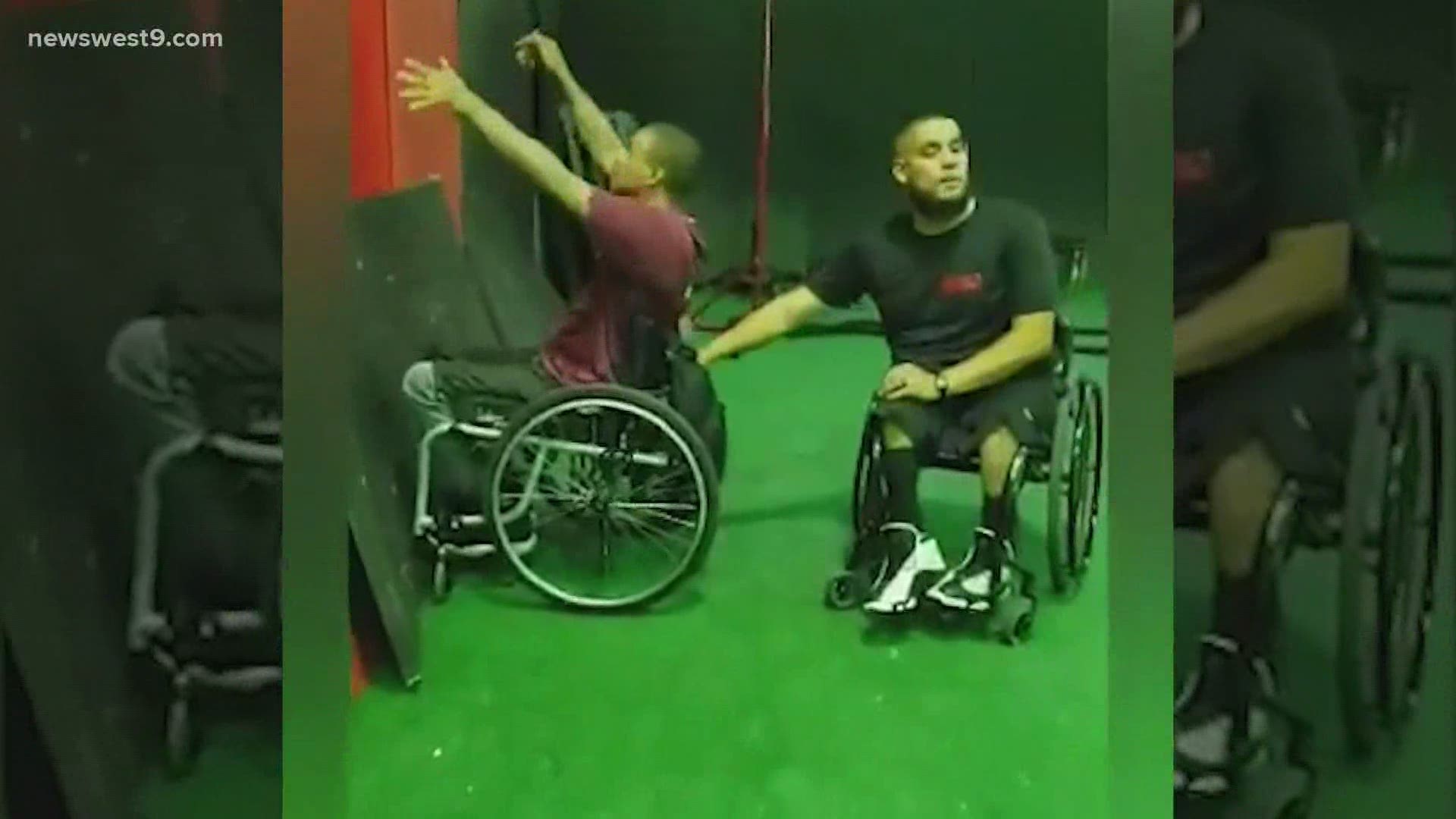 ODESSA, Texas — We know that sports are so much more than just a game.

That's why an Odessa man started a non-profit dedicated to sports training a decade ago.

Today it's a full fledged business and just like he did 10 years ago, Dominique Brown is using those profits to fund a new non-profit.

Brown has been working to develop the program over the last year or so that isn't just for your typical athlete but for anyone who wants to try, even those who may face physical or mental challenges.

Game Ready USA was his original project. It started off as a non-profit kids athletic training summer camp at a park.

His inspiration for everything comes from his family and their past experiences.

Both Brown and his older brother had torn ACLs that caused them to lose their college football scholarships that were going to pay for their school.

Brown had planned to attend Oklahoma State University and become a lawyer, but when that was stripped from him he was left wondering what his next steps were.

Game Ready USA was the next big step for him. It was created to help others reach their maximum athletic potential while also guiding them down a path that would keep them healthy, so they wouldn't follow in the same footsteps as Brown and his older brother.

"I was at the park for five years, five years an opportunity came for a building so we could do it all year round, we started Game Ready Midland. Two years, we've grown so much we were able to have Game Ready Odessa," said Brown.

The business became a family experience, with his mom teaching classes and his dad helping run the business.

His dreams for Game Ready USA and their athletes go beyond what he has started locally though.

"What I ultimately want to do is franchise out and take it beyond West Texas, Texas in general and use my athletes that came through the program when they finish school let them be the franchise owners and let them develop their career path," said Brown.

Starting Game Ready was just the beginning though.

Kicking off the non-profit, "A Special Kind of Game Ready" was the real challenge.

"The special needs program is I think the best thing I've ever done and it's a free program, there's no age limit," said Brown. "If they're an adult and want to be active, a kid, if they want to participate in a sport or eventually get there they can come in here and feel like they're wanted and needed."

Like his original project, "A Special Kind of Game Ready" was also inspired by one of his siblings, this time his younger sister.

"My younger sister is always in the facility but she couldn't be a part of the class because they were a little more advanced than what she is right now so I could see how sad she'd get, she wanted to run up and down and all that but she just couldn't so perfect opportunity was OK I'm going to start something specifically around you," said Brown.

Brown has been working with the Special Olympics and their athletes but says developing the program was different because there was no model to follow.

"Usually you have other gyms to kind of look at and model your program after but this I had to come up with on my own," said Brown.

He hopes in the future if others want to start a similar program, they'll be able to pick up the phone and call him for advice on starting it up.

"A Special Kind of Game Ready" has business sponsorship that help fund the program but when that's not enough, Brown's original project funds the non-profit.

"They're capable and once they figure that out they can pretty much accomplish anything," said Brown.

Brown has plans to expand his  "A Special Kind of Game Ready" program even further. Right now he's limited to working with local kids and adults but he plans to develop an app in the future so even those who aren't local to our area can benefit from the program.