The three main takeaways are, the machines work, your vote matters, and there will be another bond proposal in the near future. 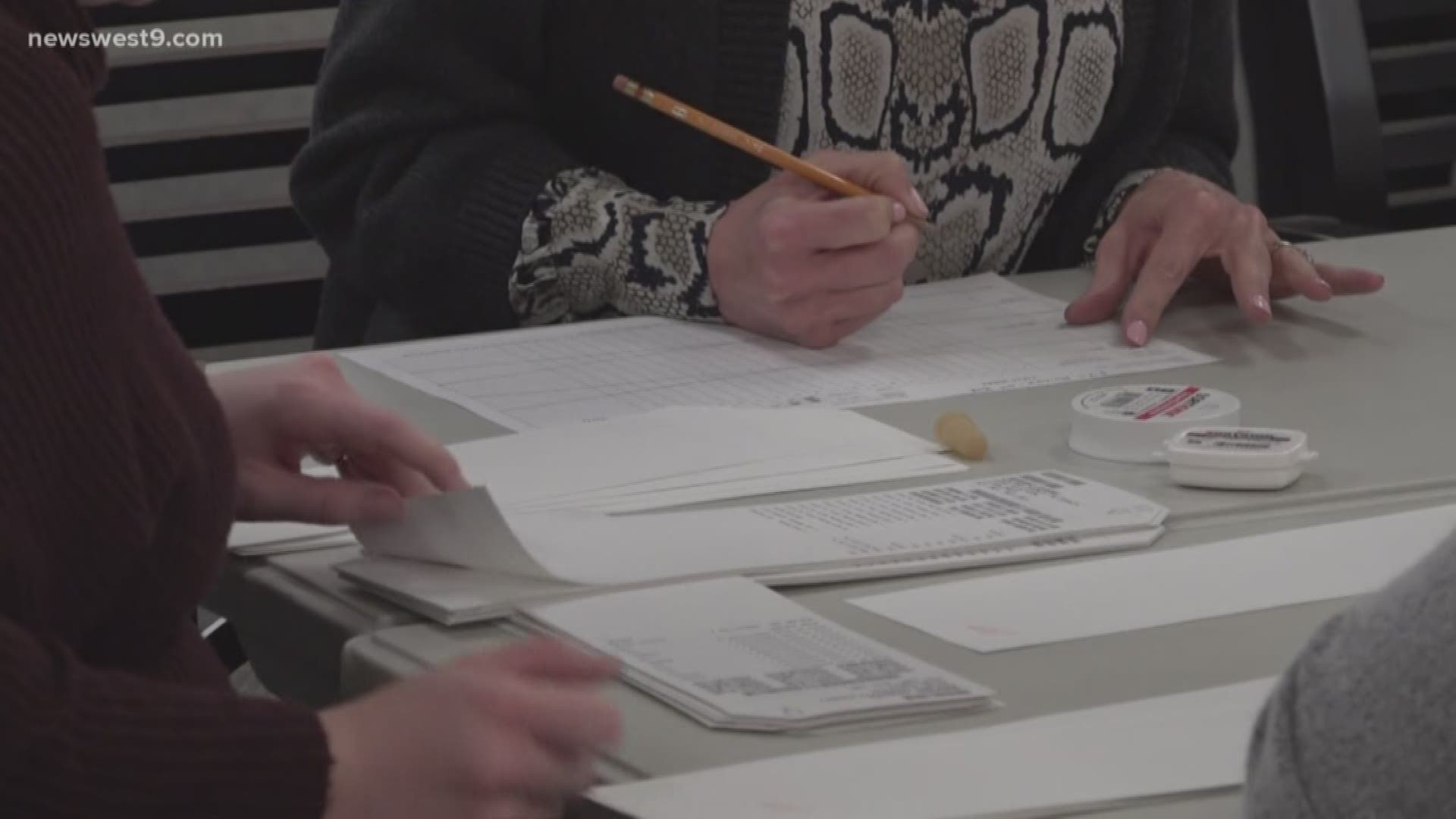 This resulted in a 26-vote difference.

One box contained 836 ballots, and it was discovered in December on a shelf in the election’s office.

The second box contained one ballot, and it was found at the beginning of the county's investigation following the recount.

Each of the ballots was counted by an election's office representative and then tallied by representatives from each SPAC Committee.

Two hours later, those totals were added to the recount tabulation which showed the $569-million bond proposal failing by 26 votes. Through Friday's process, the county hopes they can begin restoring the public's faith in the elections process.

“I think showing that the machines work -- and that's wasn't just us, that's the parties to the election contest played a huge role in getting to the point where the public can trust the machines,” Midland County Attorney Russell Malm says. “But the next step is ensuring the public that we have taken the steps to correct the human errors.

The question now... Where do we go from here?

The judge must sign off on these results. If he approves, this will mark the end of the election contest and the bond results showing it failing will stand.

The judge plans to look at the results sometime next week for final approval.

The county will now begin work on introducing new protocols to ensure something like this never happens again. Among the new protocols, is one of the concerns is brought up by Better Bond for Midland.

“The chain of custody is a real problem. The fact that these ballots were missing such a long time is an irregularity in this election and on that needs to be addressed in elections going forward”, Trey Trainor, Attorney for individuals of a Better Bond For Midland says.

The county is in the process of creating better training from the Secretary of State's office and update their policies.

These improvements include changing the chain of custody forms so they are less confusing and getting rid of metal boxes that can look empty.

“So now whenever there is an overflow starting, instead of opening the machine, taking the ballots out and putting them in another box, that blue box will be taken out, it will be sealed, and put where it needs to go and then a new blue box will be put in. So, there will not be any more transferring ballots from one box to another”, says Malm.

Both SPAC Committees are working on bringing the community together and getting a new proposal in the works.

" We're looking forward to bringing in the whole community and everybody putting a plan together and it being a true reflection of MISD and community," Kenye Kay Butts with Better Bond for Midland said. "Hopefully we will put together something that we can get passed, help the kids out."

This means we could be voting on another bond proposal as early as this year.

"I think it would be great to have folks who weren't visible and vocal in this bond step up and take an interest and help carry the torch," Dave Joyner with We Choose Our Future said. "But also I think if those of who are on both sides of this bond can come together behind them and say we all support this thing, we all know that this needs to happen, that would be the best possible outcome."

At the end of it all the three main takeaways are:

Ballot count shows the Midland ISD bond election has failed. Friday's count shows 11,800 people voted in favor of the bond and 11,826 voted against. This count is within one vote of the original results released by Midland County on Nov. 12th.

"First of all, this does show that our machines worked," Midland County Attorney Russell Malm said. "I think that it's important for the public trust and the election process. I think most people realize the machines worked, but until we got through this step, there might have always been that lingering doubt."

Next step is for the assigned judge to sign off on the new results. If both SPAC committees are still in agreement and the judge signs off on Friday's ballot count, that will be the end of the election contest. That means the $569-million bond failed and that will be the final result.

This marks the third time election results have changed.

On Friday a ballot recount will take place inside the Commissioner's Courtroom of the Midland County Annex at 1 p.m.

In this recount session, a SPAC representative will tally the results, while an election official counts each ballot.

This may be the third time that the results of the election have changed.

Midland ISD has stated that they will accept whatever the outcome is after the recount that will take place on Friday.