‘Jake From State Farm’ gets adopted!

After multiple stays at Burlington Animal Services, the dog finally got a new home, and helped other animals in the process. 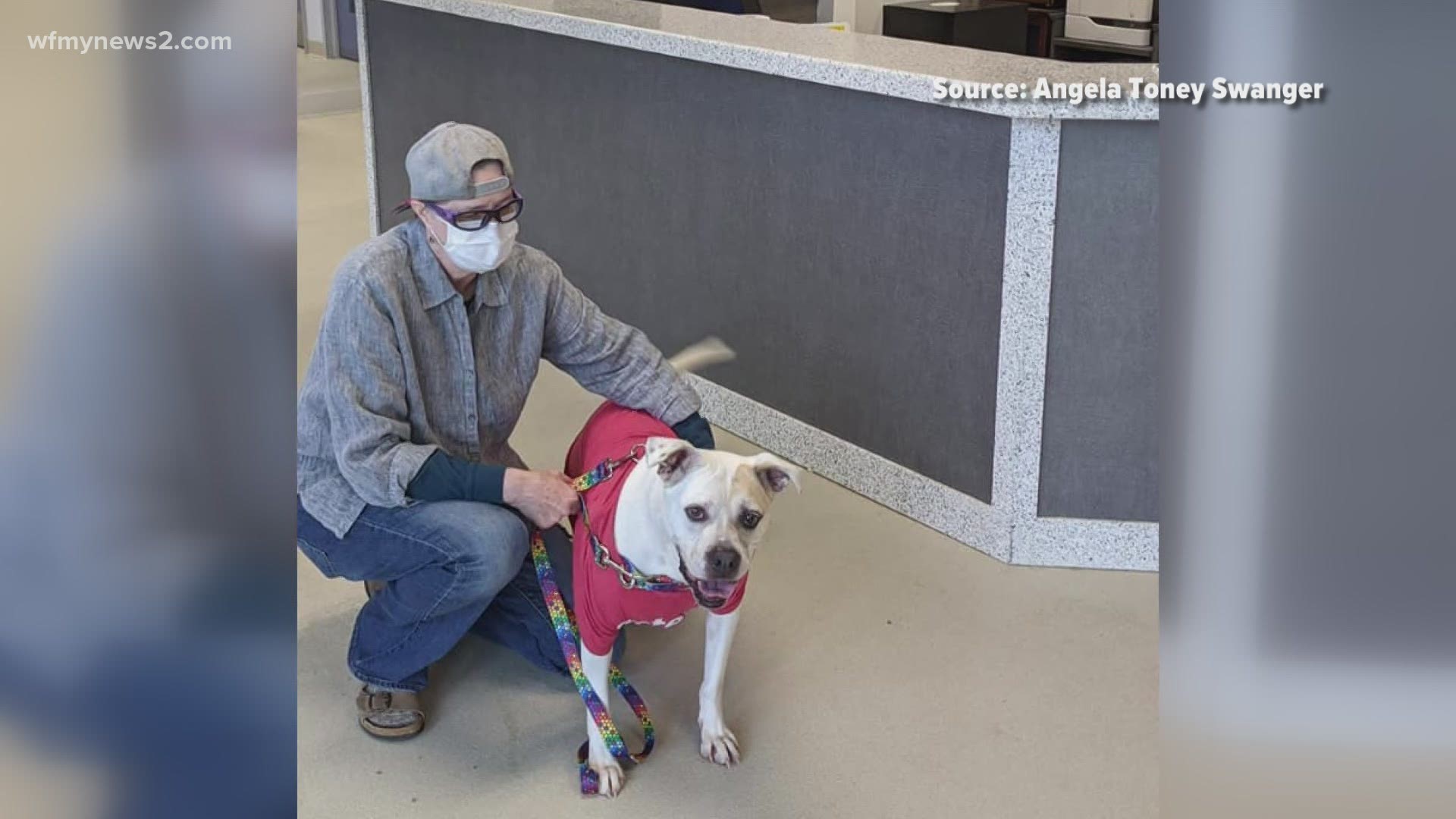 GREENSBORO, N.C. — Wait until you hear this story about a dog and a Triad animal shelter. The dog's name is 'Jake From State Farm.' Yes, like the commercial.

He'd been at Burlington Animal Services after his owner died and other family couldn't care for him. After going home with 2 foster homes that weren't good fits, he was back at the shelter again.

Shelter volunteers gave him the name and used a State Farm t-shirt to take pictures and promote him on social media. They hoped it would help get him adopted.

Laura Michel, Program Manager at Burlington Animal Services, said, "He became quite the celebrity, and we had many offers from people that they wanted to either sponsor his adoption fee or send us donations and so forth."

Jake's fame paid off! He was adopted on Friday, March 19. Jake's saga is a win for the shelter, too. A local State Farm office saw Jake's story and presented Burlington Animal Services with a check for $1,500. Jake and his new owner were there for the check presentation.

It's not clear whether or not Jake's new owner will keep his full name.