After doctors had to remove both Hannah Goetz's lungs due to an infection from pneumonia, she underwent a successful double lung transplant! 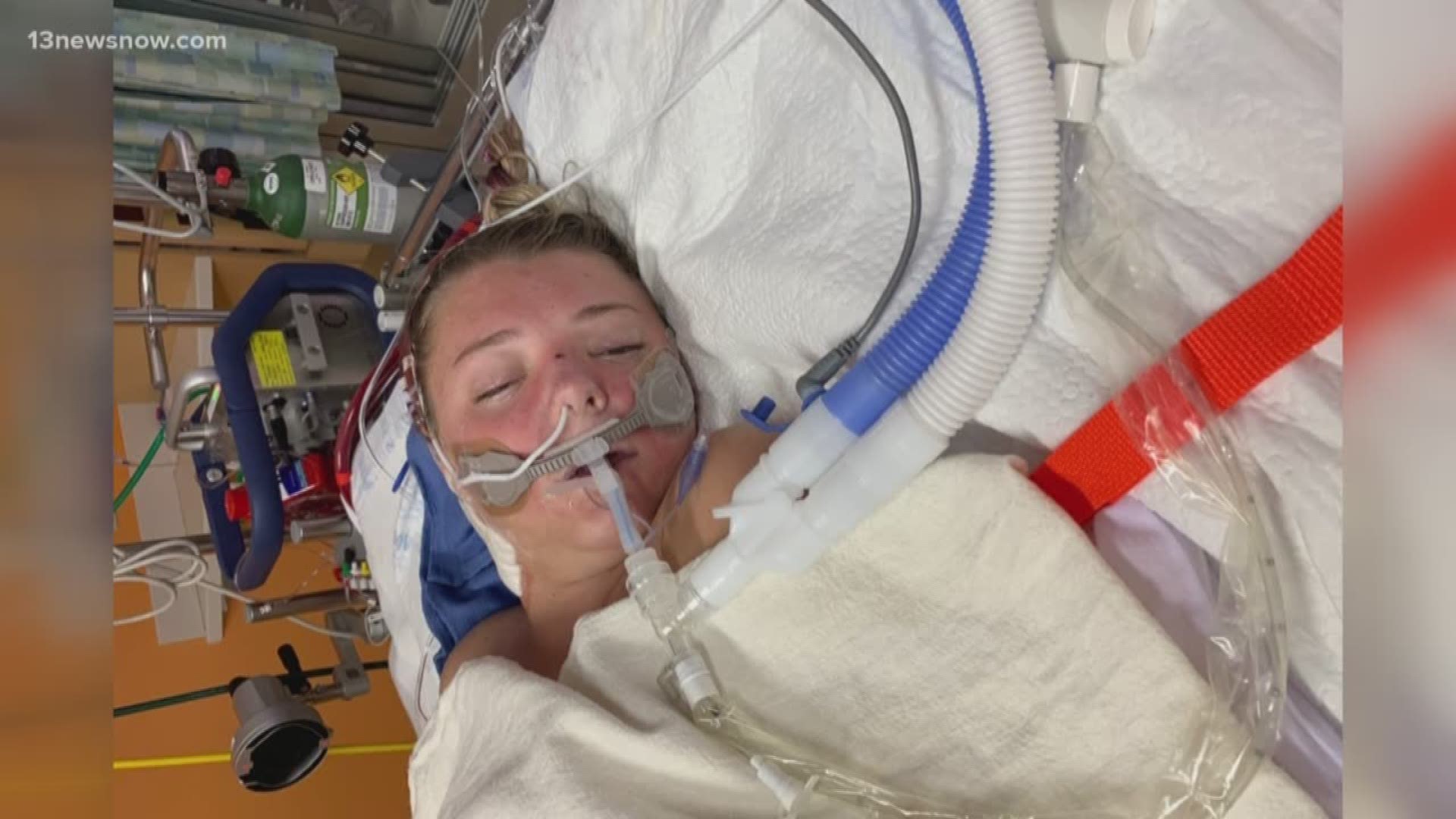 ANNANDALE, Va. — Incredible news for an Isle of Wight teen whose lungs were removed due to a bad infection from pneumonia.

According to a family friend, after compatible lungs were found for 17-year-old Hannah Goetz, Hannah underwent a successful double lung transplant!

As a child, Hannah was diagnosed with cystic fibrosis. About three weeks ago, she came down with the flu and it quickly turned into pneumonia. Her lungs became badly infected, and the infection didn't respond to antibiotics, leaving doctors with no other choice, but to remove both lungs.

Her new lungs arrived at Inova Fairfax Hospital in Annandale Thursday night and the surgery started soon after, according to family friend Mindy Poland.

The surgery wrapped up in the early morning hours Friday and doctors deemed it successful. Hannah's vitals are stable and doctors are working to wake her up slowly from sedation. Poland also says her toes and feet are moving, as well. Doctors hope to have her off a ventilator and take her breathing tube out soon.

"On Monday, they removed her lungs completely from her body," Poland said. "They had to tie off the vessels and basically, temporarily close her back up, waiting for her to get new lungs to transplant back in."

Poland has known Hannah since her birth, and she has stood at Hannah's bedside alongside family for more than a week.

"It has been agonizing," Poland said. "We have been by her side for two and a half weeks at the hospital."

Hannah just graduated from Smithfield High School in the spring.

She worked part-time as a waitress and, according to Poland, had plans to attend Longwood University in the fall.

But now, those plans are on hold.

"This is 48 hours roughly since the lungs have been removed," Poland said. "She is stable, they've controlled a lot of the internal bleedings. We're just waiting for that match."

The family has started a GoFundMe account to raise money for Hannah's medical bills, but they're also encouraging people to give the gift of life.

"Anybody in the world that hears this story, give the gift of life," Poland said. "It's such a precious gift and it doesn't take money. Simple acts of donating blood, joining Be The Match bone marrow registry, signing up to be an organ donor. All these simple things can just completely change the life of people fighting to live."

Before a match was found, Hannah's family understood that that news comes at a price.

"That's the part of this that I struggle with the most. Team Hannah our most joyful moment is going to be when we get that news that they've found compatible lungs for her. However, on the flip side of that is a family is going to have to go through the terrible loss of a loved one."

Poland said Hannah is number one on the list to receive a transplant.

A fundraiser is being held to help pay for Hannah's medical bills on July 31, at the DQ in Windsor, Va. From 6 p.m. to 9 p.m., all meals purchased go toward Hannah's new lungs.