Check Up 13: The importance of regular mammograms

Dr. Tara Spivey with Ascension St. Vincent talks about the importance of mammograms. 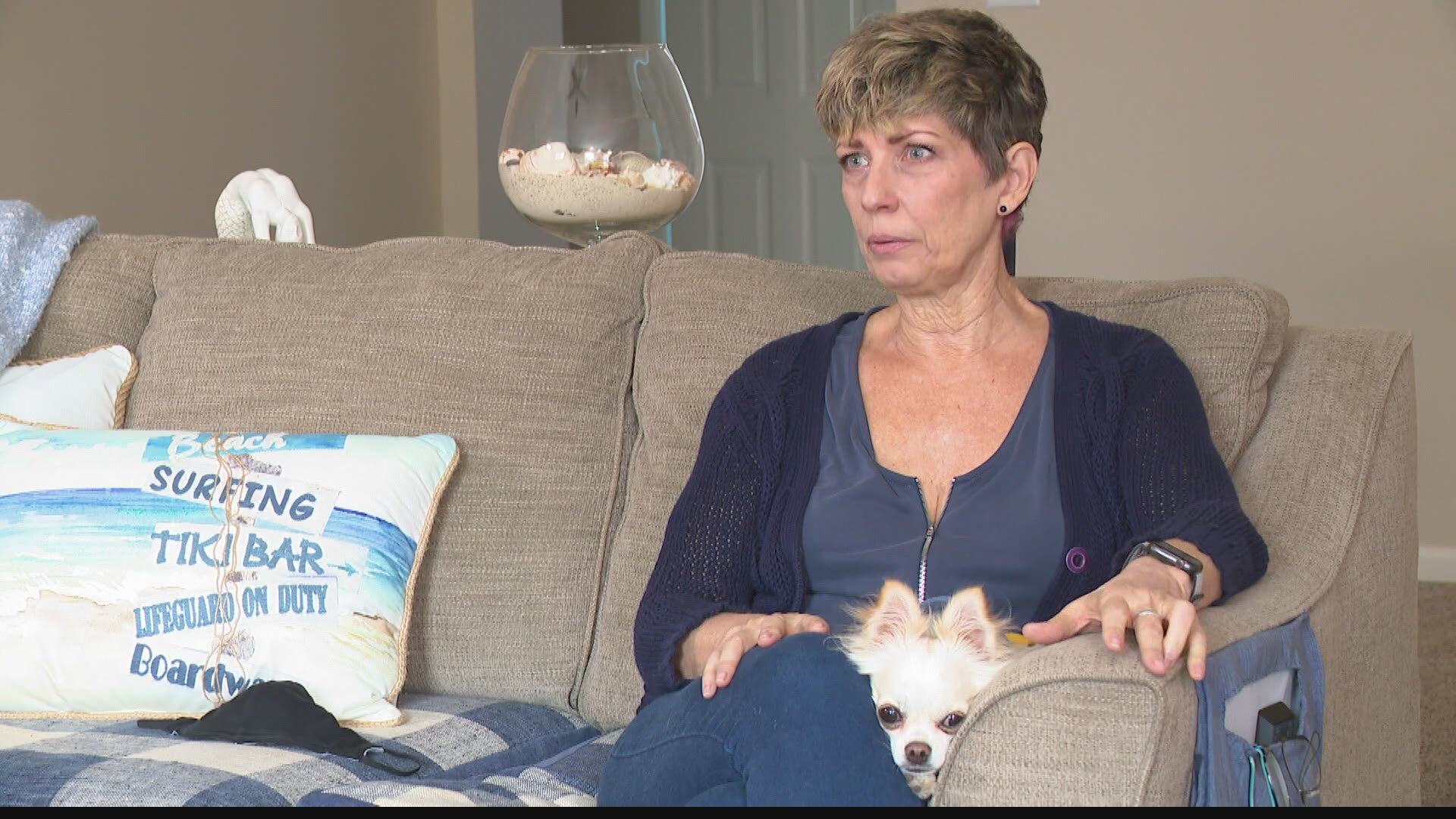 INDIANAPOLIS — Breast cancer was not in her family, so Carolyn Wiley was surprised to learn she was diagnosed with Stage 1 breast cancer.

"The minute she said it was cancer, I was in shock," Wiley said.

She also felt lucky. Her last mammogram was in 2014.

"When I found out it was five years, I wish I had gone sooner because they have no baseline," she said. "You are constantly worrying how fast did it grow? Did I have this before? All of those things, you just don't know."

Dr. Tara Spivey with Ascension St. Vincent is a breast surgeon and performed a lumpectomy on Wiley after her breast cancer diagnosis a year ago.

"It's important to be diligent about getting it (exam) every year. And it's very fortunate that in Carolyn's case, it was caught so early after having a gap," Spivey said. "I've got some patients running through my head right now as I'm speaking and it does, it breaks my heart. You can't go back in time. You don't want to put yourself in that position."

Spivey said that about 85 percent of breast cancer diagnoses are in women who don't have family history.

"(It) doesn't matter what your family looks like. Every woman needs to take the time to get their their mammogram," she said.

Wiley's prognosis is promising. She feels lucky and wants the same for others.

"If you take care of it right away and you don't put it off, you can save your life," Wiley said.

Credit: WTHR
Carolyn Wiley from Noblesville was diagnosed with Stage 1 breast cancer, but her prognosis is good thanks to early detection.

Wiley has also started making drain belts for women who have masectomies. The waterproof bag makes it convenient for patients who need them to do whatever it is they need to do, including showering. Wiley donates the bags to Spivey.

"They are incredibly grateful," Spivey said. "And it's a nice touch that we can give a gift that really is super functional during a surgical recovery."

If insurance or cost is a concern, this month's Check Up 13 is allowing patients to register for a $149 discount on a mammogram at specific Ascension St. Vincent locations: Indianapolis, Carmel, Fishers and Anderson.

To qualify, you must be 40 or older and not have had a mammogram in the last 12 months.