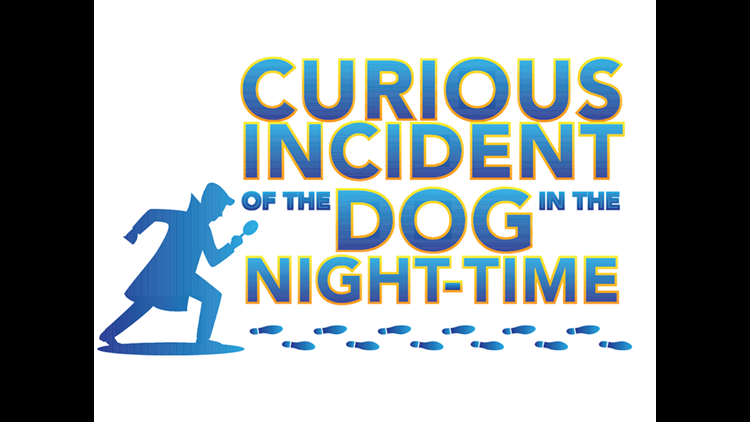 Kirsten’s Korner: Our review of ‘The Curious Incident of the Dog in the Night-Time’ at Midland Community Theatre

MIDLAND, TX (KWES) - Theatre has for centuries been one of the easiest ways to introduce foreign concepts to audiences. Whether it’s a family learning to accept the way their child sees the world or a person coming to terms with some aspect of their own personality, those watching a play take the journey along with the protagonist and learn how to see the world through their eyes.

“The Curious Incident of the Dog in the Night-Time” is the latest show from Midland Community Theatre and the second show in its 2019 season. The show is acted entirely by the Pickwick Players, MCT’s teen theatre troupe. So did the Pickwicks succeed in bringing this Tony Award-winning show to the stage?

“The Curious Incident of the Dog in the Night-Time”, based on the book of the same name, tells the story of a young man named Christopher who discovers that his neighbor’s dog has been murdered and becomes determined to get to the bottom of the matter. Christopher however is on the autism spectrum. The show is just as much about the mystery Christopher is investigating as it is about the way he processes the world.

“Curious Incident” is an incredibly uncomfortable play, but this is on purpose. The show works to explain to the audience how Christopher sees other people and the world around him, and for those who do not process the world in the way he does it is a jarring sensory experience. Even when things are funny, even when the characters are charming, there is always a certain amount of tension present in the theater.

The subject matter of the play is not to be taken lightly either. The tension is palpable throughout much of the show, particularly towards the end of the first act. Discussions of murder, affairs and abuse are littered throughout.

It could be incredibly easy for a group of teenage actors to let these intricacies slip through the cracks, to soften the blows delivered by the script-and the Pickwicks do none of that. Every beat hits hard. On opening night the audience held their breath multiple times, waiting to see what would happen next. The young actors earn the gasps, the sinking feelings and the borderline tears they receive from those watching.

Christopher Check plays the main character, also named Christopher. His portrayal of a young man with autism living in a world that doesn’t understand how his version of things are processed is phenomenal and he is absolutely the shining star of the show. The frankness with which he says his lines, the constant fidgeting with his shirt and the instant freak outs he has when another person touches him without asking make the character realistic, encouraging and heartbreaking all at once.

Christopher feels like a real person, someone you would know in real life who just sees things a little different from you. It’s easy to be sympathetic to him but also to feel walled off from him, the same way the adult figures in his life like his father and teacher seem to.

The presentation of the show also does a phenomenal job of presenting how Christopher sees the world. Sounds and color play an enormous role within the show, particularly when Christopher is experiencing a sensory overload. These effects, combined with the physical presence of the actors on stage, allows the audience to simulate the anxiety, claustrophobia, panic and uncertainty that Christopher feels.

Christopher is also a mathematical genius, something that is one of his defining character traits. The stage is quite simple in construction but almost entirely covered in mathematical symbols and equations. It’s a simple choice that helps communicate in shorthand how Christopher sees math in everything around him.

In contrast to Christopher there are other characters that are enthralling to watch on stage who provide depth to the story. Particular standouts include Elizabeth Smith as Siobhan, Christopher’s teacher, and Jonah Thacher as Christopher’s father Ed.

Carley Venter also gives a fantastic performance as Judy. Judy is a complex character and one of the more complicated roles of the show. It would be so easy for the audience to find her infuriating yet Venter manages to bring her depth and make her a character the audience relates to and roots for.

“The Curious Incident of the Dog in the Night-Time” is an uncomfortable show in many aspects, but that is what makes it a great show. It is challenging to the actors and the audience, covering subjects that are heavy but in many ways necessary to consider.

According to MCT’s website, the show is recommended for those eight and up due to the subject matter. I would absolutely abide by this suggestion and perhaps even go a little older. Some of the more stressful moments might be frightening for younger children and while they might understand the subject matter, I doubt they would enjoy it.

“The Curious Incident of the Dog in the Night-Time” runs weekends through March 23. If you are interested in seeing this show, you can purchase tickets from the website here.