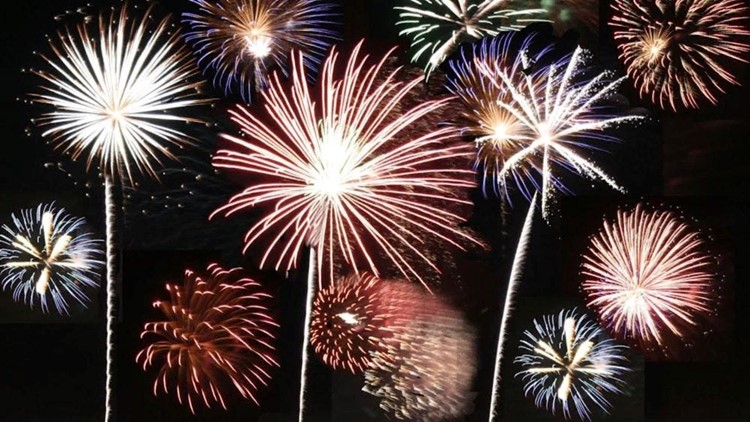 The Star-Spangled Salute is back at Hogan Park on the 4th, featuring attractions like a beer garden, family fun zone, and music performed by local bands such as Tall City and Brother Z, as well as Austin-based London Calling in addition to the fireworks show. Morning and evening events will be held, with the morning's celebration beginning at 9 a.m. and the evening's starting at 7 p.m.

Full details can be found on the Star-Spangled Salute website.

Firecracker Fandango will take place in downtown Odessa beginning at 5 p.m. on Independence Day. The festivities include live music, children's activities, and a classic car show. Food trucks and a Selena tribute band will also be on the scene, with the accompanying fireworks display to end the night.

The 4th of July celebration features various events throughout the day at Forrest Park including a kickball tournament and a disc golf tournament, food vendors, the Mr. and Mrs. Firecracker Pageant, a chili cook-off, a classic car show, and live entertainment.

Other events taking place on Independence Day include a 5k and one-mile walk/run along as well as a parade on the Square. Of course, a fireworks display at Forrest Park will cap the day off.

More information can be found at the Lamesa Chamber of Commerce's website.

Harry McAdams park will open up at 5 p.m. to host a grass volleyball tournament, a diaper derby at 6 p.m., family games, and a film showing at 8:30 p.m. on the 4th.

The fireworks show will take place on the Hobbs Industrial Airpark tarmac and will begin at 9:30 p.m. More details can be found here.

The 49th Kiwanis July 4 Celebration begins at 5 p.m. at Kokernot Park. A parade and will also be held in town beginning at 4 p.m., with a car show immediately following the parade in the Kokernot Park parking lot. The 2009 and 2010 Big Bend Cowboys baseball teams will be on hand to serve as Grand Marshall for the parade.

Live music will be performed by The Resonators in the evening, with the Community Band stepping in to perform at 7:30 p.m. Food vendors will be on site, but if they can't satiate your appetite, a hot dog eating contest will be held at 7 p.m.

For the full rundown of the days events, click here.

Pops in the Park is a family-friendly event held in the historic and beautiful Comanche Trail Amphitheater. It also honors those who have served our country.

Eddie Austin and The Texas Silhouettes and the Big Spring Symphony Orchestra and Chorus will be performing and various vendors will be available.

There will also be a choreographed fireworks display to celebrate the Fourth of July.