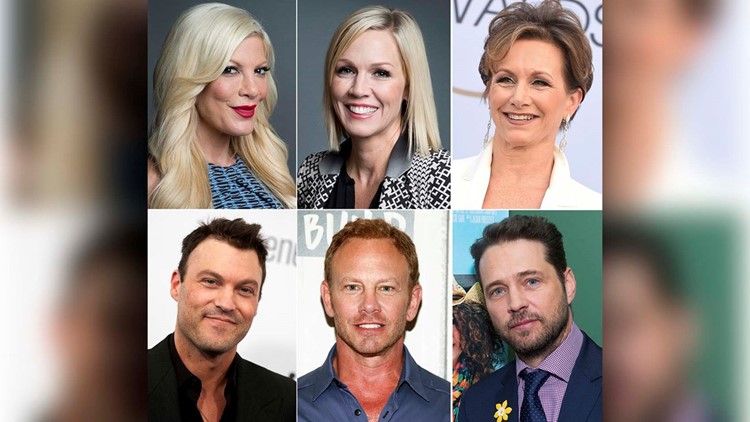 Some of the original cast of "Beverly Hills, 90210" is coming back for a six-episode reboot this summer, the FOX network announced Wednesday. But if you are expecting to see Brandon, Kelly, Steve, Donna, David and Andrea, you're in for a twist.

The network said Jason Priestly, Jennie Garth, Ian Ziering, Tori Spelling, Brian Austin Green and Gabrielle Carteris -- will be playing heightened versions of themselves in the series, with what is described as a "healthy dose of irreverence."

The plot is the stars get back together when one of them suggests it's time for a show reboot.

“What will happen when first loves, old romances, friends and frenemies come back together, as this iconic cast – whom the whole world watched grow up together – attempts to continue from where they left off?” reads a press release from the network.