When Ripple found out about her artwork being destroyed, it brought down her spirit, but it didn't take long before one Big Spring resident picked it back up. 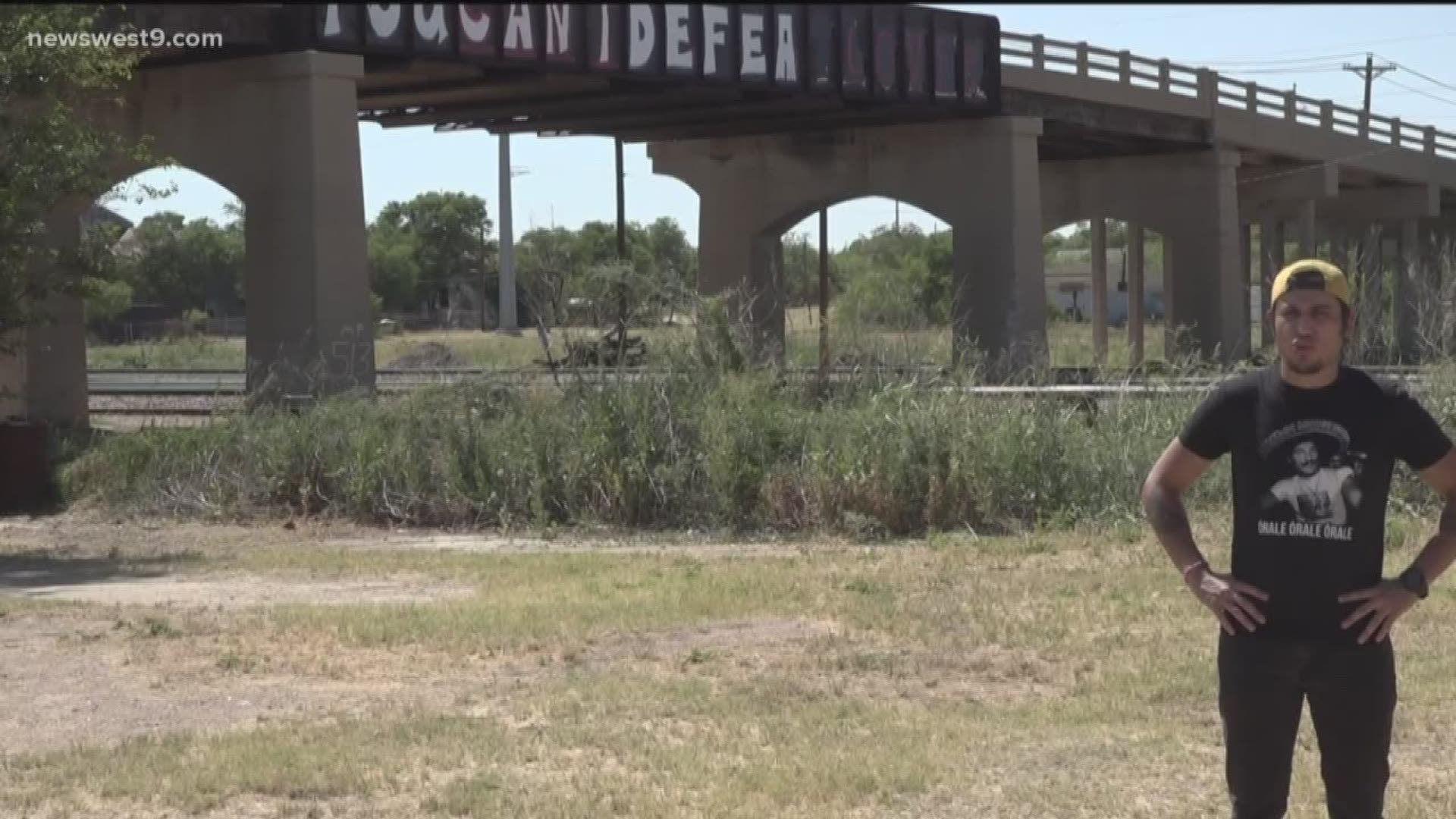 It wasn't long after its unveiling that the Benton Street Bridge Artwork in Big Spring was defaced.

The artwork read "You Can't Defeat Love". It was a message Rae Ripple, the artist, had created for everyone in town.

"That's what this message is for those... for those people who have been discriminated against for something," said Ripple.

During the middle of the night, an unknown person painted over the word love with black paint.

When Ripple found out about her artwork being destroyed, it brought down her spirit, but it didn't take long before one Big Spring resident picked it back up.

"It's an art and it's someone's message who's just being spat on and it's a very neutral message and its all-encompassing and its something we could all use right now it's just to remember that there's love in this world and we need to embrace it," said AJ Cortez.

When Cortez saw that the artwork had been defaced he woke up early and headed out to the bridge, with no safety equipment, to fix the message.

Cortez free-hung off the bridge and re-painted the word "love" with and extra "e".

"He believed in the message for himself for what he thought it meant and hung off the side of this bridge with nothing to fix it and that's a reminder of how powerful this message this message is above me and what I stand for," said Ripple.

Fans of the artwork or not, it has everyone in Big Spring talking.

Big Spring Mayor Shannon Thomason took a Facebook poll that showed 88% of people 'loved' the artwork and 12% 'hated' it.

"I don't feel like its just the mayor on my side with this I feel the entire town of big spring is I just feel like there are just a few people who aren't on board with it," said Ripple.

Thomason also wrote on Facebook that defacing the message on the bridge was a crime and will be investigated.

"I have been defending the bridge all week and I just felt broken like I let my town down," said Ripple.

The repainting of the word love over the black paint represents the resilience of the message.

With approval from the city Ripple's artwork won't be defeated.

She plans to repaint the bridge this time having Cortez also sign his name.

The Big Spring Mayor says the bridge artwork will be discussed at the next city council meeting on Tuesday, June the 9th, and 5:30 PM.