Taylor Nolen was born in Naylor, Arkansas in 1918. One of the only times he's ever left the state was to fight in WWII in 1941. 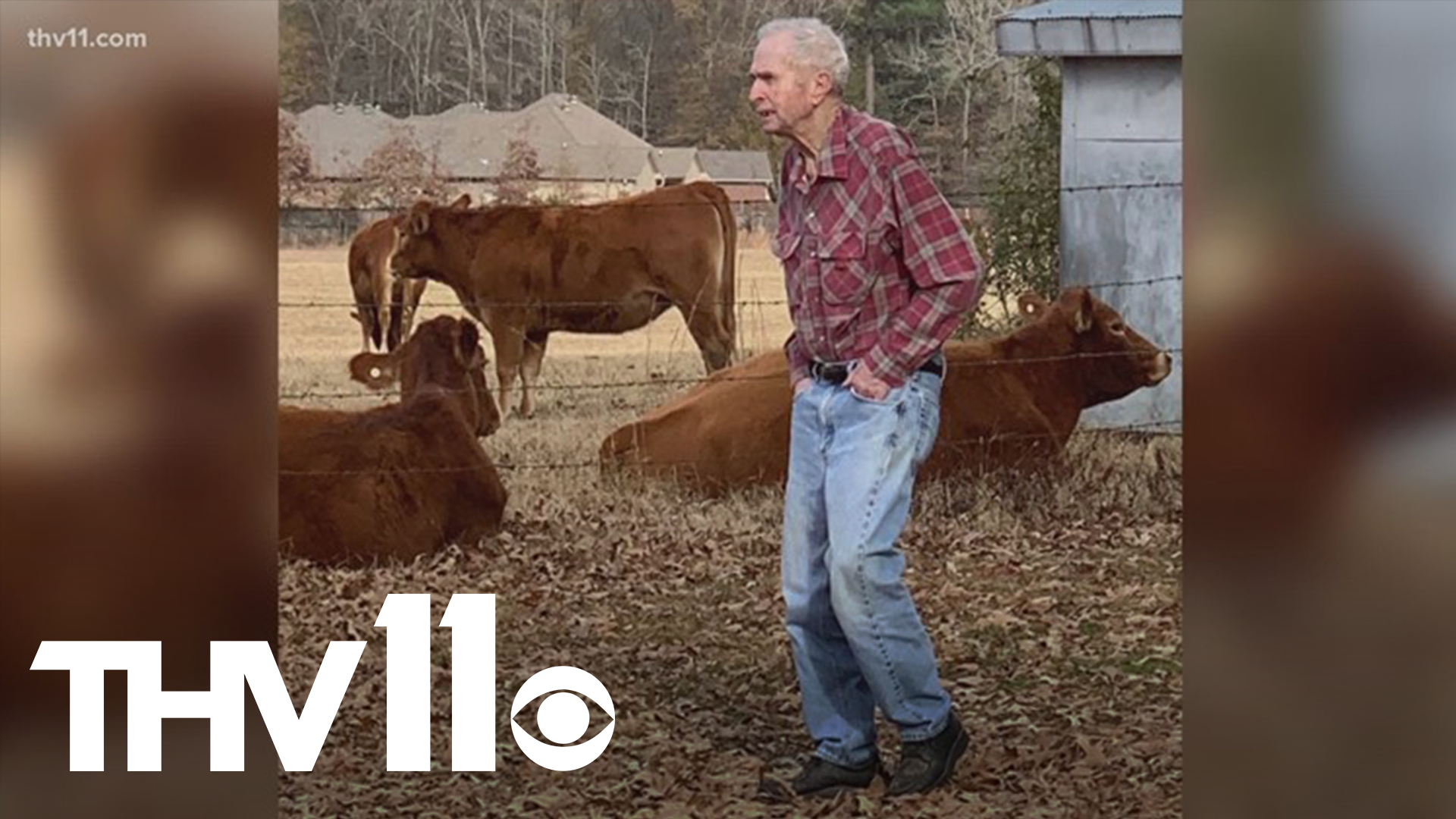 FAULKNER COUNTY, Ark. — Another year around the sun and one of the longest-living Arkansans turns 102 on Saturday.

Taylor Nolen has been a Faulkner County resident most of his life. He was born on December 12, 1918 in a small town called Naylor, Arkansas.

One of the only times he left the state was when he went off to fight in World War II in 1941. He was the second man in the county to be drafted.

“Well, I was bad lonesome for a while. I went across the United States, down to the Panama Canal, and 43 days later down to Melbourne, Australia," said Taylor.

He became a staff sergeant commanding a squad of a dozen troops. They fought in the South Pacific for four years before coming back to Arkansas. Taylor said he was happy to come back home.

In that same year of coming home, Taylor met the woman who would soon be his wife, Bernice. They were married for 70 years until she passed away in October of this year.

Now a farmer, Taylor says a happy marriage and long life is one with lots of love and few arguments.

“We never fussed. You know, you’ve got to love somebody or you don’t marry them,” said Taylor.

His granddaughter, Terri Rice, hopes to continue that in her life.

"I just think the life that he lived is so filled with ups and downs and he came out on top and that’s how I’d like to live my life,” said Terri.