All five men involved in the crash were pronounced dead at the scene. 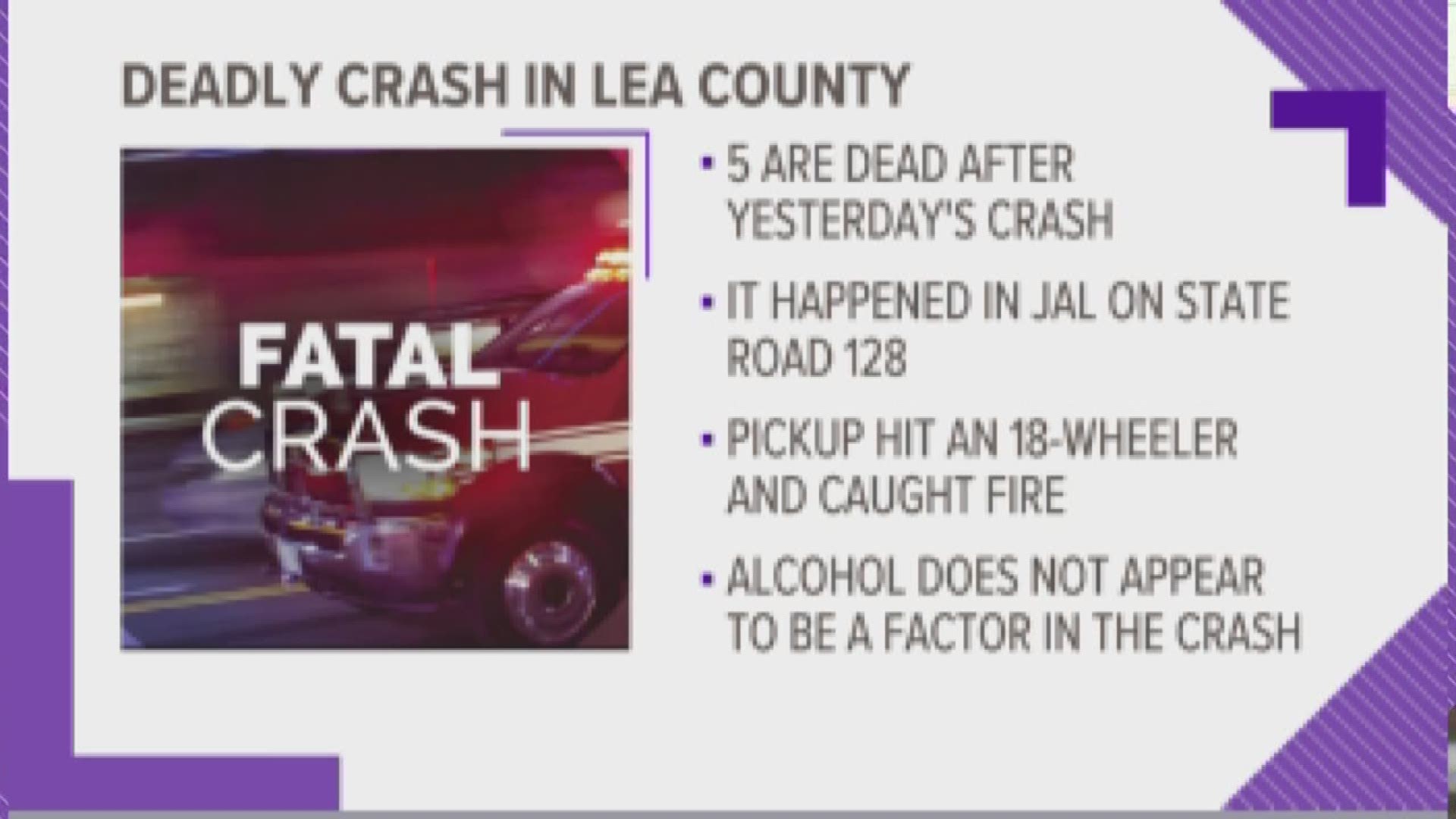 According to investigators, a 2019 Chevy pickup was traveling west on SR 128 when it crossed the center line and collided head on with a 2019 Peterbilt semi-tractor trailer.

Both vehicles caught on fire after the crash. The four occupants of the pickup and the driver of the semi-trailer were all pronounced dead on the scene.

The driver and two of the truck's passengers were from Odessa: Arturo Barboza, 22, Alonso Hernandez, 28 and Enrique Leon, 58. The other occupant of the truck was Justin Brown, 25, of Montgomery, Texas.

The semi-trailer driver was identified as Rayshawda Riley, 27, of Arlington, Texas.

At this time authorities do not know why the truck crossed the center line but says alcohol does not appear to be a factor in the crash.