The victim has been identified as Alex Canales Villarreal, 45, of McAllen Texas. 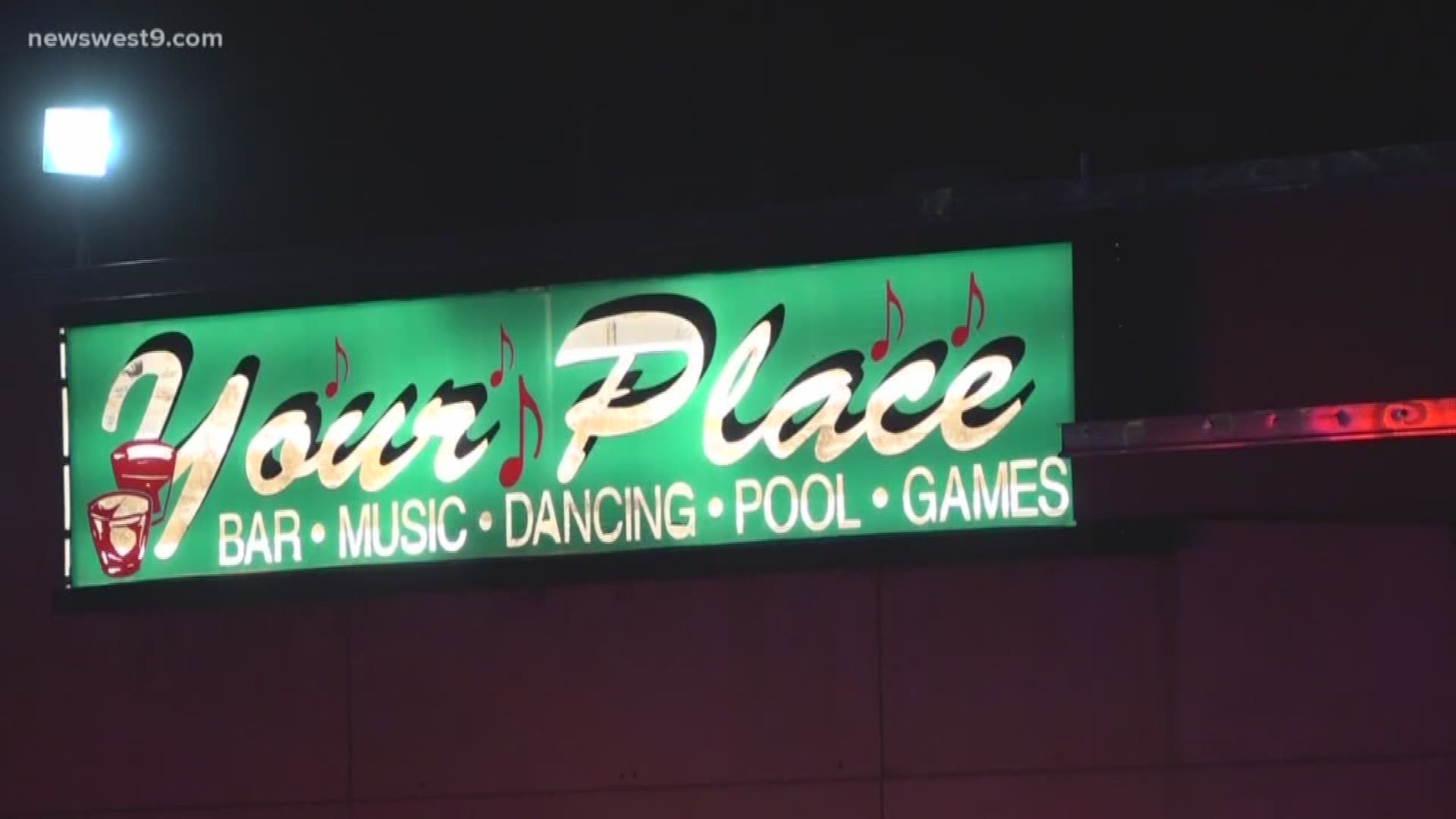 MIDLAND, Texas — UPDATE: The victim has been identified as Alex Canales Villarreal, 45, of McAllen, Texas.

Additionally, MPD has identified the gangs involved in the shooting as the Bandidos and the Mongols.

One person has died after a shooting at a bar in Midland.

Police responded to a disturbance call at Your Place bar in Midland at around 8:26 p.m. Sunday.

According to reports, this may have been a shoot out between rival motorcycle gangs.

Officials say one person has been transported to a local hospital by EMS, and three others were taken by personal vehicles.

The suspects were last seen traveling westbound towards Odessa.

Following the shooting, this sign was seen on the door of "Your Place".