Two permits will allow crude oil to be exported to Mexico. 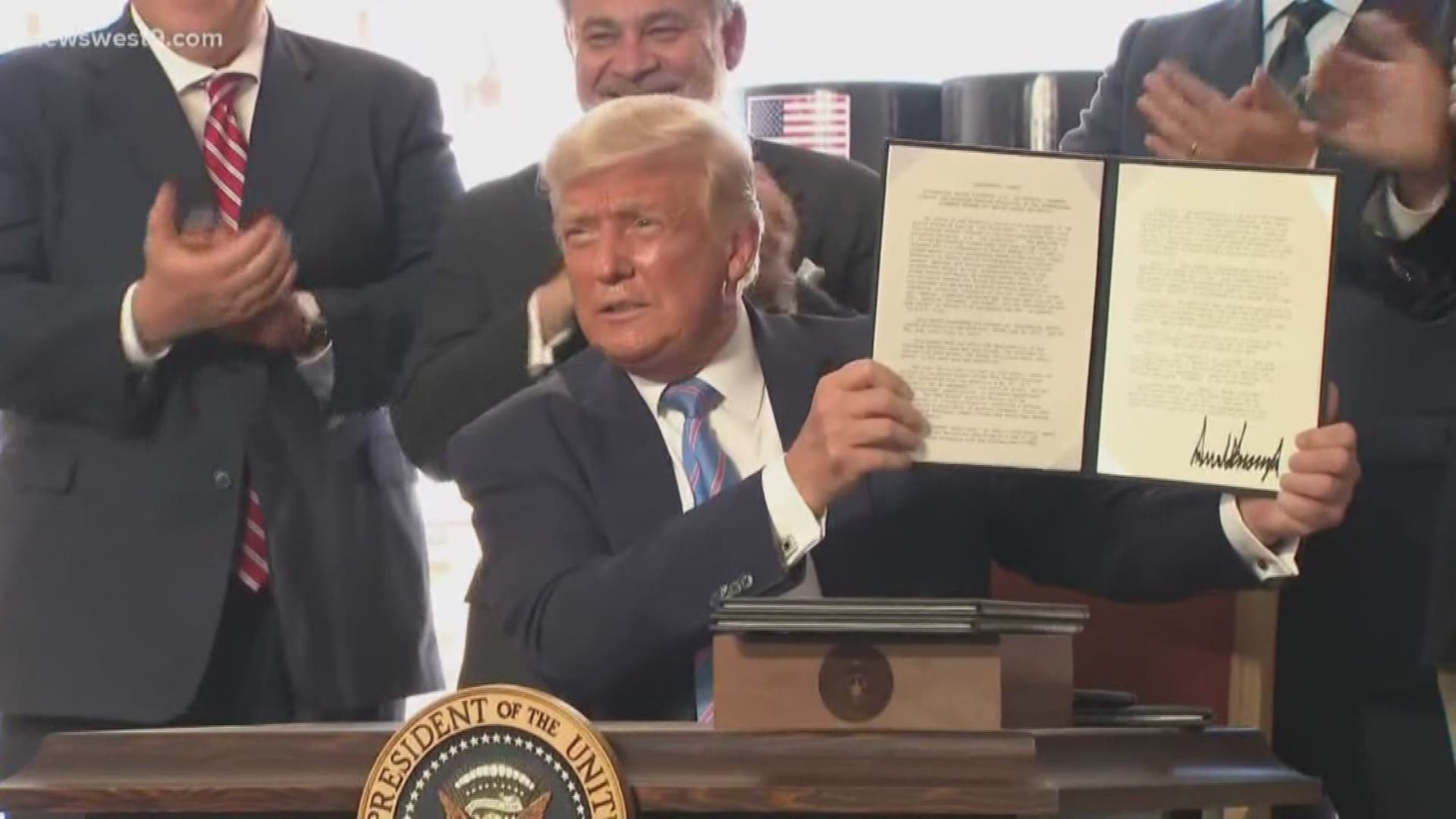 MIDLAND, Texas — President Trump signed four permits during his visit to West Texas.  He calls this a big deal and victory to all Texans.

"You've been after that one for many years, if you wanna do it it's okay with me and that's been a long time in the making," President Donald Trump said.

Those four permits granted approval for pipeline and railway infrastructure on the border.

Two of the permits will allow crude oil to be exported to Mexico. This means construction, maintenance on pipeline facilities and railway projects can be done on border-lying states like Texas.

One permit grants Nustar Energy permission to operate on existing pipelines in the Rio Grande so that it can transport petroleum products into Northern Mexico.

The other permit allows for Kansas City Southern railroad company to build a bridge in Laredo for a cross border project.

"Your governor and your senators have been after me for a long time and other presidents but weren't able to get it done but we got it done for a great state called Texas," Trump said.

When it comes to policy, the president also announced he's extending export contracts for liquified natural gas until the year 20-50.

The policy is a change from a 20-year export term. It's expected to reduce the trade deficit, and meet the global demand in the long run.

With oil taking a devastating hit this year, The President said these new permits will open the door to one thing Texans are trying to get back...jobs.