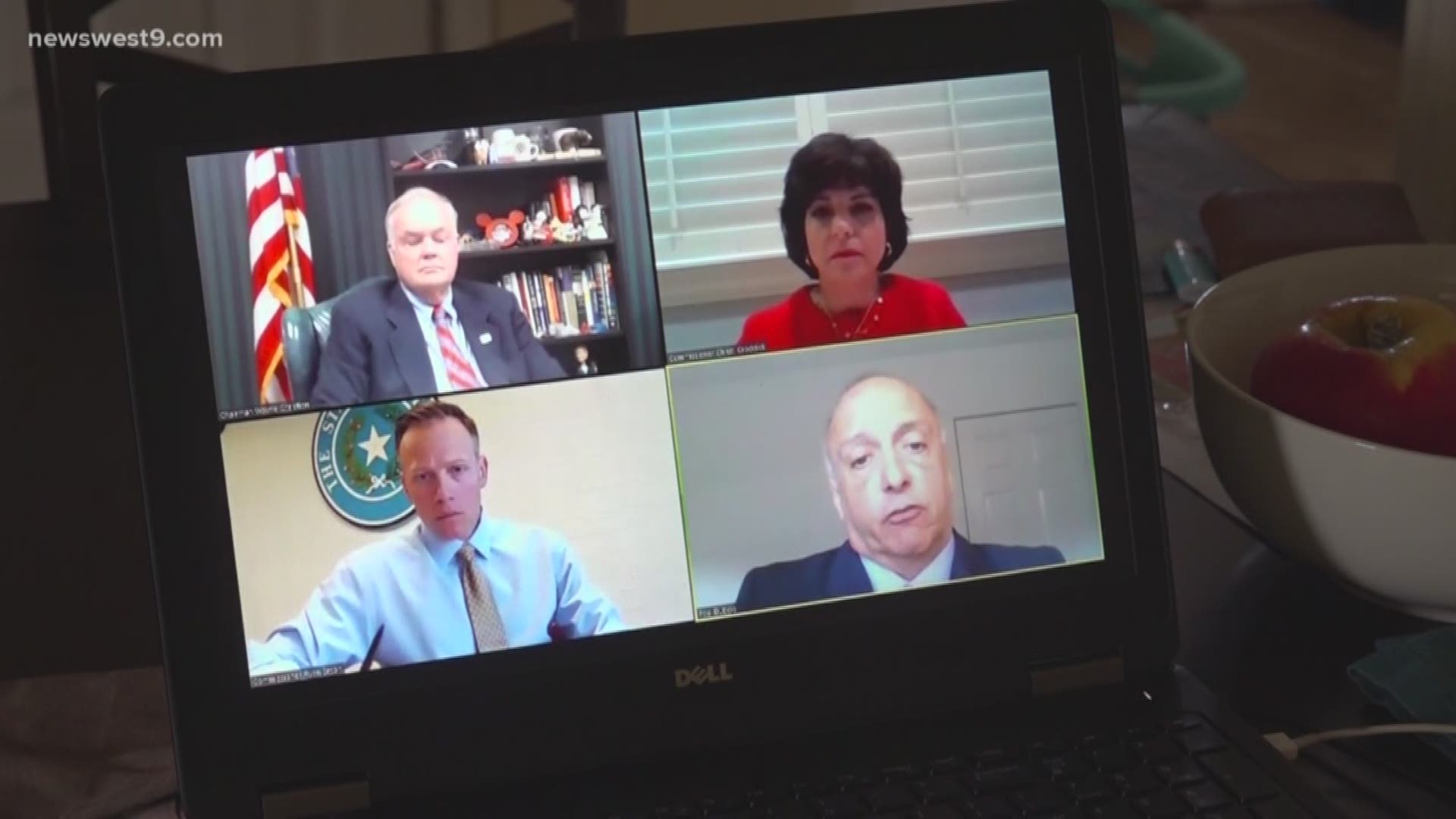 TEXAS, USA — In the last item on the Texas Railroad Commission's agenda for May 5, the commissioners motioned and seconded an action to dismiss the consideration of a proration on Texas oil producers.

The proposal was a joint request from Pioneer Natural Resources and Parsley Energy.

Finally the decision of whether or not to prorate came down to a vote held on May 5.

The request was denied by a vote of 2-1.

Commissioner Sitton was the sole member to oppose the dismissal of the proposed proration.

He's concerned oil markets may not return to the demand they had earlier in the year for several years if not longer.

He expressed that he was not necessarily for proration, but wished a more analytical approach could've evaluated waste before proration had been dismissed.

Dr. Perryman believes a 20% proration on Texas oil producers would've only effected world oil supply by a maximum 1 percent, a figure that would have not have made a significant impact.

Texas Railroad Commission appears in favor of proration, pushes vote down the road