In recent weeks, Chevron, Conoco Phillips and Pioneer have all made major acquisitions based in the Permian Basin. 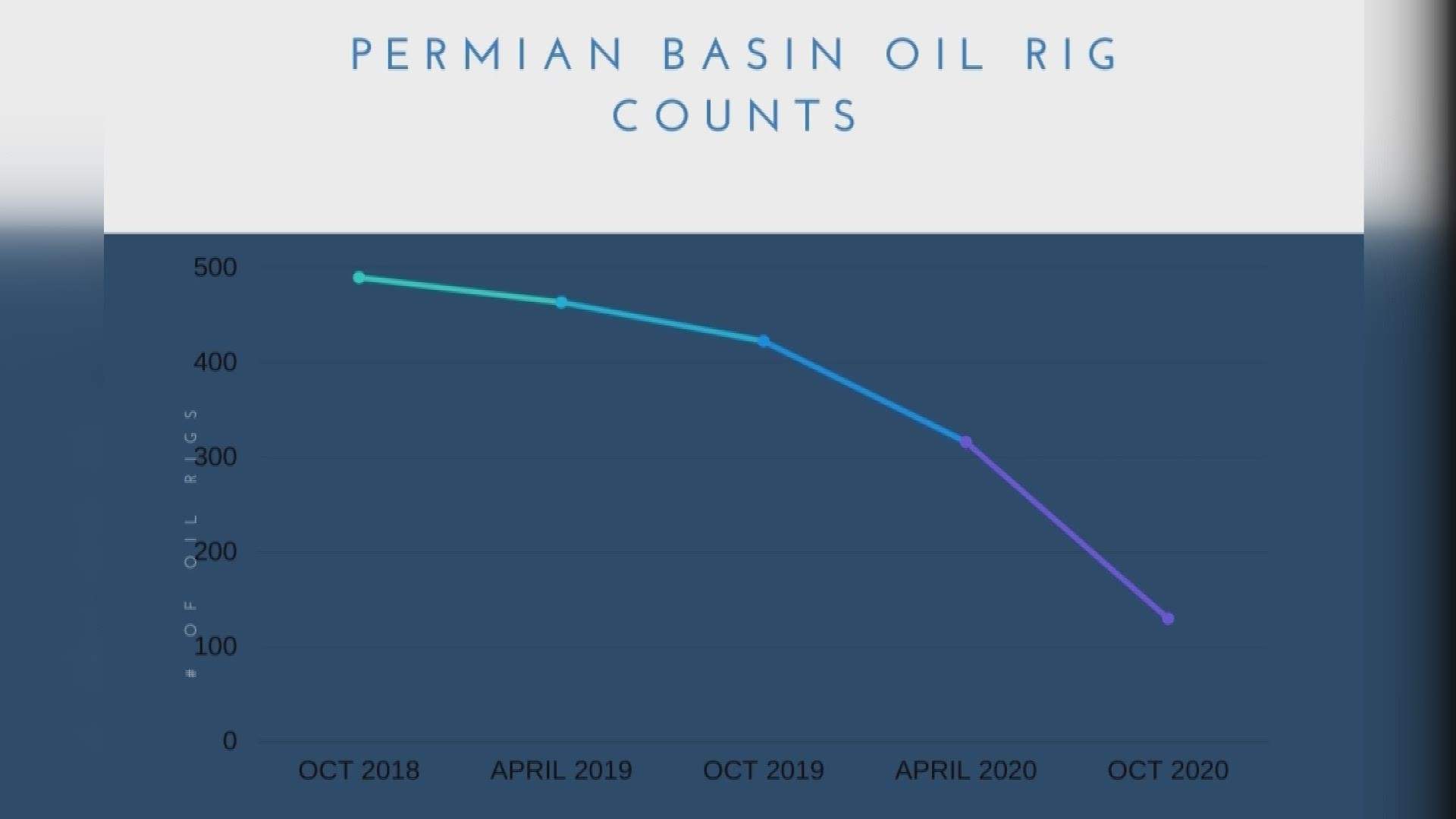 TEXAS, USA — Since October 2018, rig counts have been declining in the Permian Basin.

While the most dramatic of drops takes place over the last 8 months and can obviously be attributed to the Coronavirus pandemic, Mickey Cargile of Midland's Cargile Investments says this overall downward trend was due to overproduction.

"We developed too much oil, and the primary driver of that was development in the United States, in the development of oil reserves we were the primary contributor to the oversupply in the world, which drove the price down, Covid-19 only accelerated that process," said Cargile.

As of October 21, West Texas Crude closed at just over 40$ per barrel.

This price point has held steady over recent moths as demand for oil and gas is still rebuilding globally, mainly due to a decline in gasoline and airline fuel sales.

If those do bounce back, and Cargile believes they will, oil producers hopefully implement the tough lessons learned in 2020.

"To stabilize price I believe companies will take it upon themselves to limit production and plan accordingly," said Cargile.

According to Cargile these deals demonstrate the Permian's value going forward.

"This is showing the commitment to the Permian and that companies are recognizing the value of Permian assets. This is the place to be for future oil development," said Cargile.