Halliburton, other companies start 2020 with profit loss and layoffs

The company has cut thousands of jobs in the US and recently scrapped unwanted fracking equipment to cut spending. 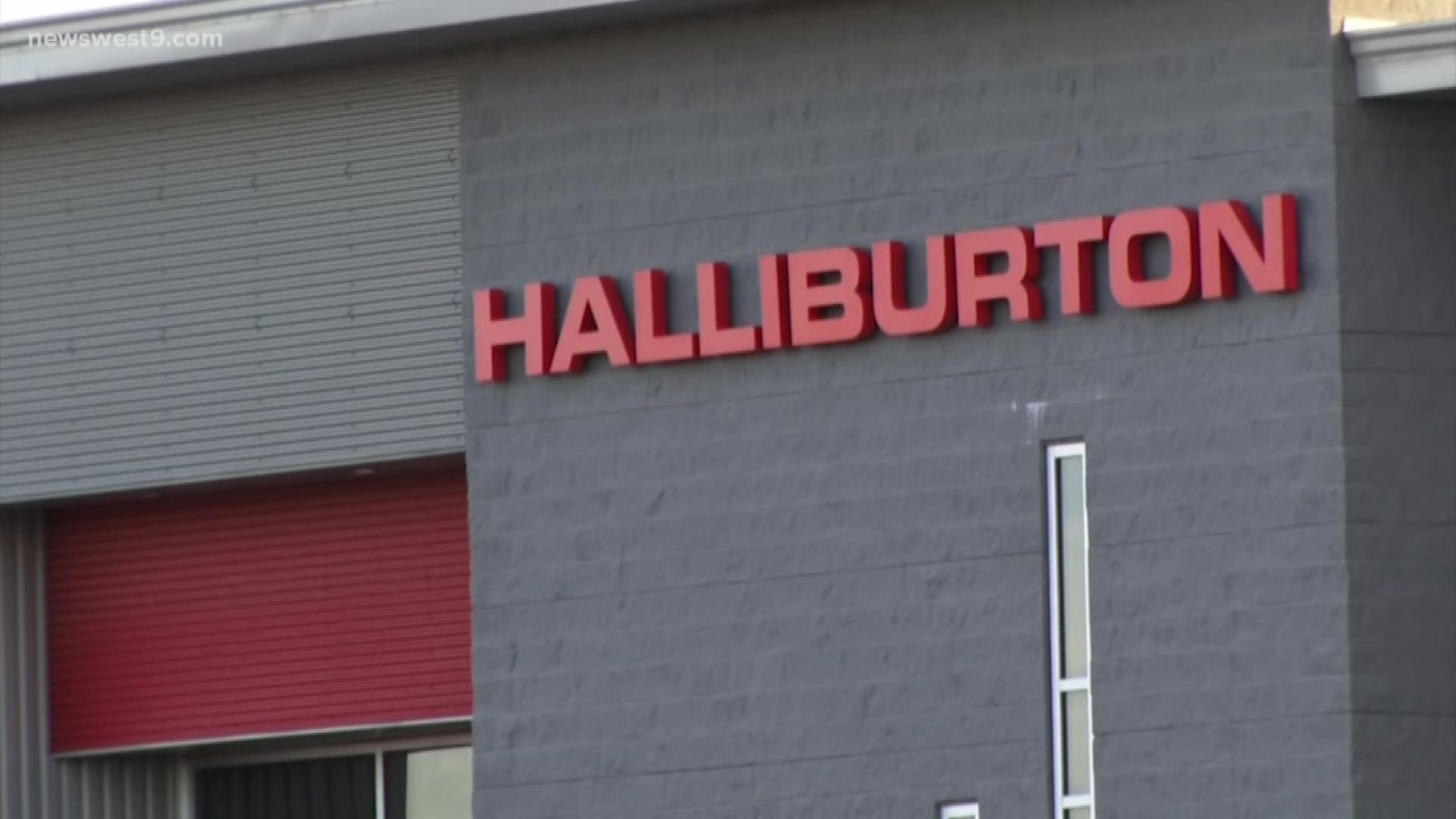 MIDLAND, Texas — Layoffs in the oil industry this year could be a sign of things to come in 2020.

Halliburton closed 2019 with a $1.1-billion dollar loss amid an ongoing shale slump in the United States. The company’s CEO Jeff Miller says he believes shale oil fracking has peaked. The company has cut thousands of jobs in the US and recently scrapped unwanted fracking equipment to cut spending.

Last month, Halliburton closed its office in Oklahoma, which affected more than 800 jobs.

This month, Apache Corporation announcing more information on its employee reduction; the company plans to close their San Antonio office – 272 jobs will be cut.

The Houston Chronicle pulled data from the Texas Workforce Commission, reporting modest oil prices and spending cuts have contributed to the loss of nearly 5,000 oil and gas jobs in Texas from June 2019 through November.

Houston has a similar economy to the Permian Basin, also relying primarily on the oil industry. Companies there also laying off hundreds of employees.

University of Houston Energy Fellow Ed Hirs tells our sister station KHOW that he predicts similar predicaments in 2020. Based in part, on an oil oversupply, ongoing trade tensions and the industry becoming more efficient.

“We may not need the personnel that we started 2018 with,” Hirs said.

The outlook for 2020 isn't entirely optimistic for the industry as a whole.

An analyst in Houston says we've most likely seen peak employment for the oil and gas industry. Patrick Jankowski, senior vice president of research at the Greater Houston Partnership, says there are 253,000 people working in the industry – that's 50-thousand less than the all-time high in 2014.

Jankowski predicts we likely will never go back up to that level of employment.