Texas Gov. Greg Abbott confirmed on Wednesday that talks were already in place with Elon Musk to move Tesla's headquarters out of California and into Texas. 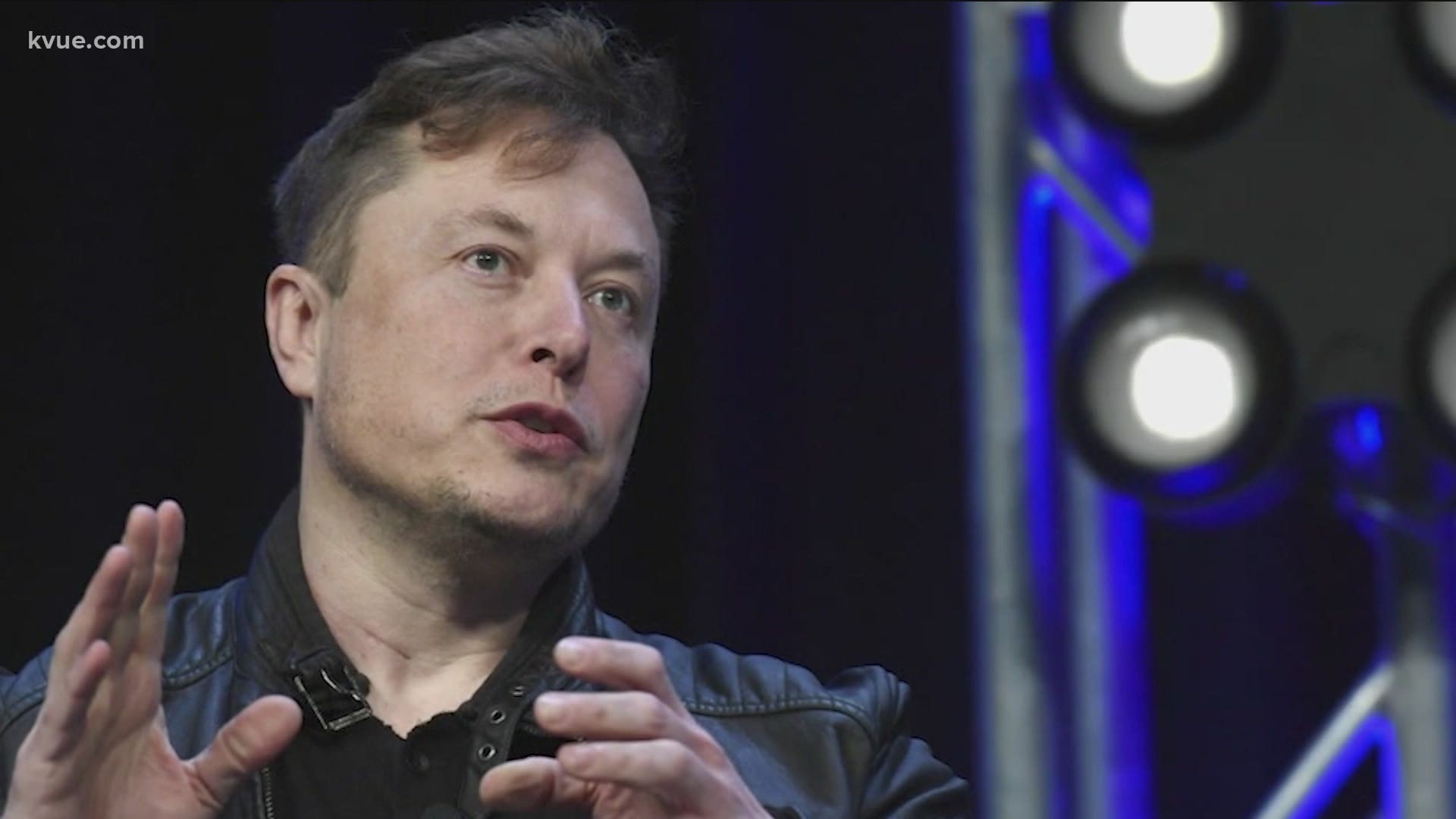 AUSTIN, Texas — Tesla has chosen Austin as a finalist for the company's new assembly plant, according to a report from the Associated Press.

According to the report, a person briefed on the topic said Tulsa, Oklahoma has also been selected as a finalist. It is not clear if there are any other finalists at this time.

Tesla said it wants the plant to be in the center of the country and plans for it to be larger than its California factory, which employs 10,000 people, according to the report.

Texas Gov. Greg Abbott confirmed on Wednesday that talks were already in place with Tesla CEO Elon Musk to move Tesla's headquarters out of California and into Texas.

Gov. Abbott's confirmation comes after Musk said on Twitter that Tesla will be moving its headquarters and future programs to Texas and Nevada immediately.

WATCH: Is Tesla coming to Texas?