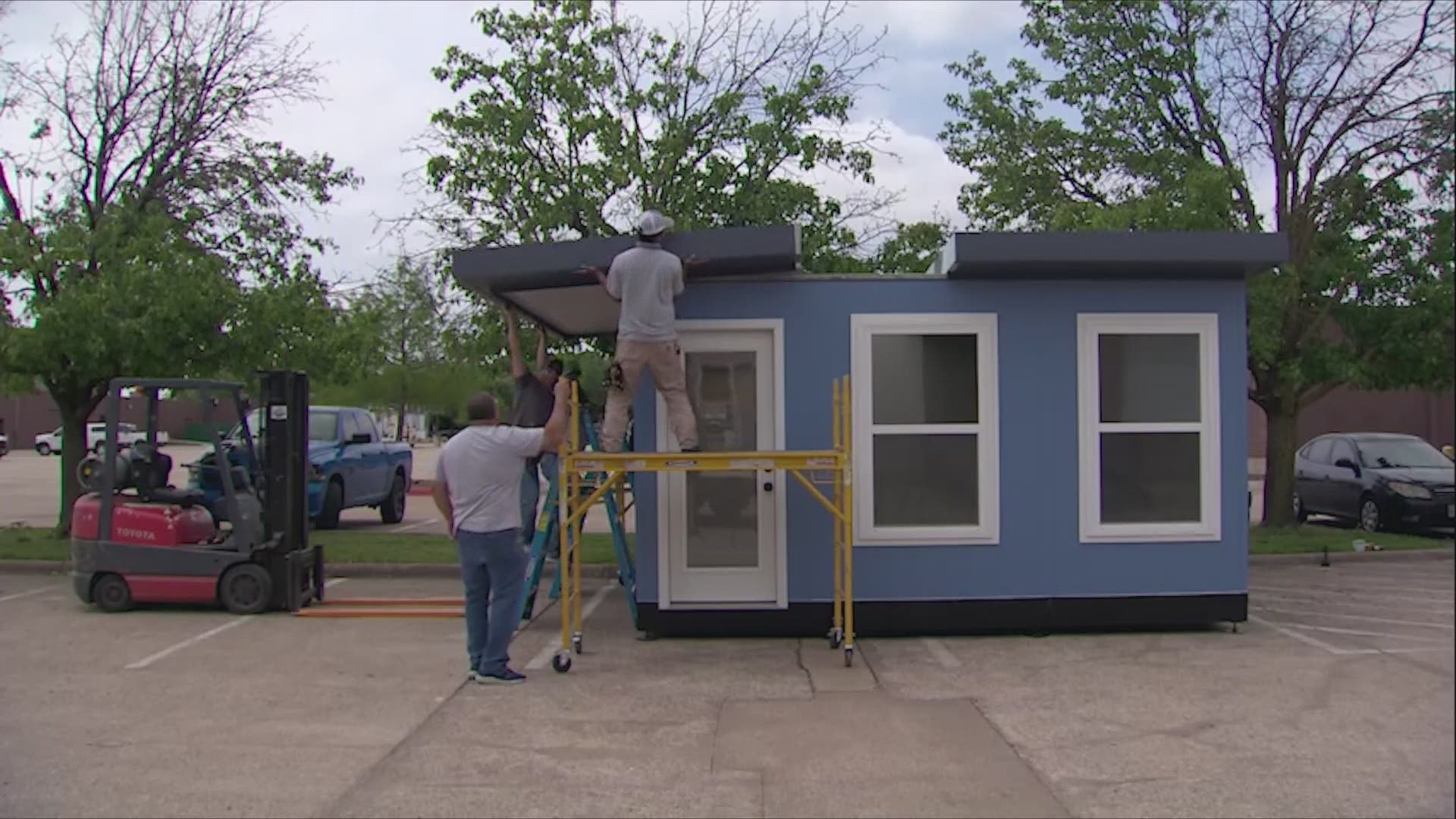 RICHARDSON, Texas — "I was going crazy," Juan Fernandez said. "We needed more space in the house."

Juan and his wife, Gretchen, spent a year of COVID-fueled isolation in their home with their two teenage sons.

“There was just a lot of time at home, the four of us, as a lot of families have been this past year," Gretchen Fernandez said. "Sometimes you can just start to outgrow your house.”

Both of them now have the flexibility to work from home and from their offices but admit the past year has been tough.

Their initial plan was to get a garden shed installed in their backyard, but they decided they needed space that could comfortably be used for work.

RELATED: People are making their own desks due to coronavirus shortage

"We’re not the only ones who had this idea," Juan said. "Everyone else has been buying those up, and in some cases the lead time was as much as six months.”

The couple said their research led them to Backyard Workroom, which is based in Richardson where they live. They said from the time they decided to contact the company to being able to use the space took only a couple of weeks.

"It could be anything we want it to be," Gretchen said. "Very light and airy. We could customize it.”

That was the hope for CEO and Founder Eric Benavides. He said this business was a direct result of the pandemic.

RELATED: 30,000 Ford employees told they can work from home permanently

“We were in the oil and gas business, so it was a pretty rough year for us," Benavides said.

Benavides said he is also in the manufacturing business and used to build homes. He used his skills and desire to keep his team working to create a business he began to see would meet a growing need: more space.

RELATED: How to sit and stretch while working from home

After a number of prototypes and a lot of practice, he and his team came up with a business model where builders assemble tiny house-like structures by hand that are customizable, sustainable and don't cause any harm to customer's backyards.

"Right now, we can go in someone’s backyard and build the building in about 35 minutes," Benavides said. “Then, we’ll have the electrician come in, tie it in next day. We’ll come in and lay the wood floors and hang the lights. So, we’ll be there at eight o lock in the morning. By noon, you’re moving in. By five, you’re sipping wine. There’s no concrete. There’s no people dragging wheelbarrows through your backyard, destroying your grass.’”

RELATED: Many workers may be doing a poor job of guarding the company secrets as they work from home

Benavides said it took some time to perfect the process. They've built about 20 so far. He said while they want to stay local to the Dallas area, they have plans to install homes in Houston, Austin and Atlanta. He said he plans to franchise the business to help with expansion.

He expects demand for the workspaces will only grow as more employers announce plans to keep employees working from home indefinitely.

Gretchen Fernandez is a therapist with her own practice who's been seeing patients through a telehealth network. While she doesn't have to work from home, she said she's been using the extra space for relaxation and quiet moments.

She said there are mental health benefits that come with the extra space.

“It’s really healthy for people to have some separation from where they work and where they live," Gretchen said. "We know that people do better long term. They get less burnout when they can separate it that way."