Right on the Money: Why a door knock is more effective than a phone call for political campaigns

For every $38 a campaign spends on people making phone calls, they earn one vote. But the cost per vote is even less when they knock on doors. 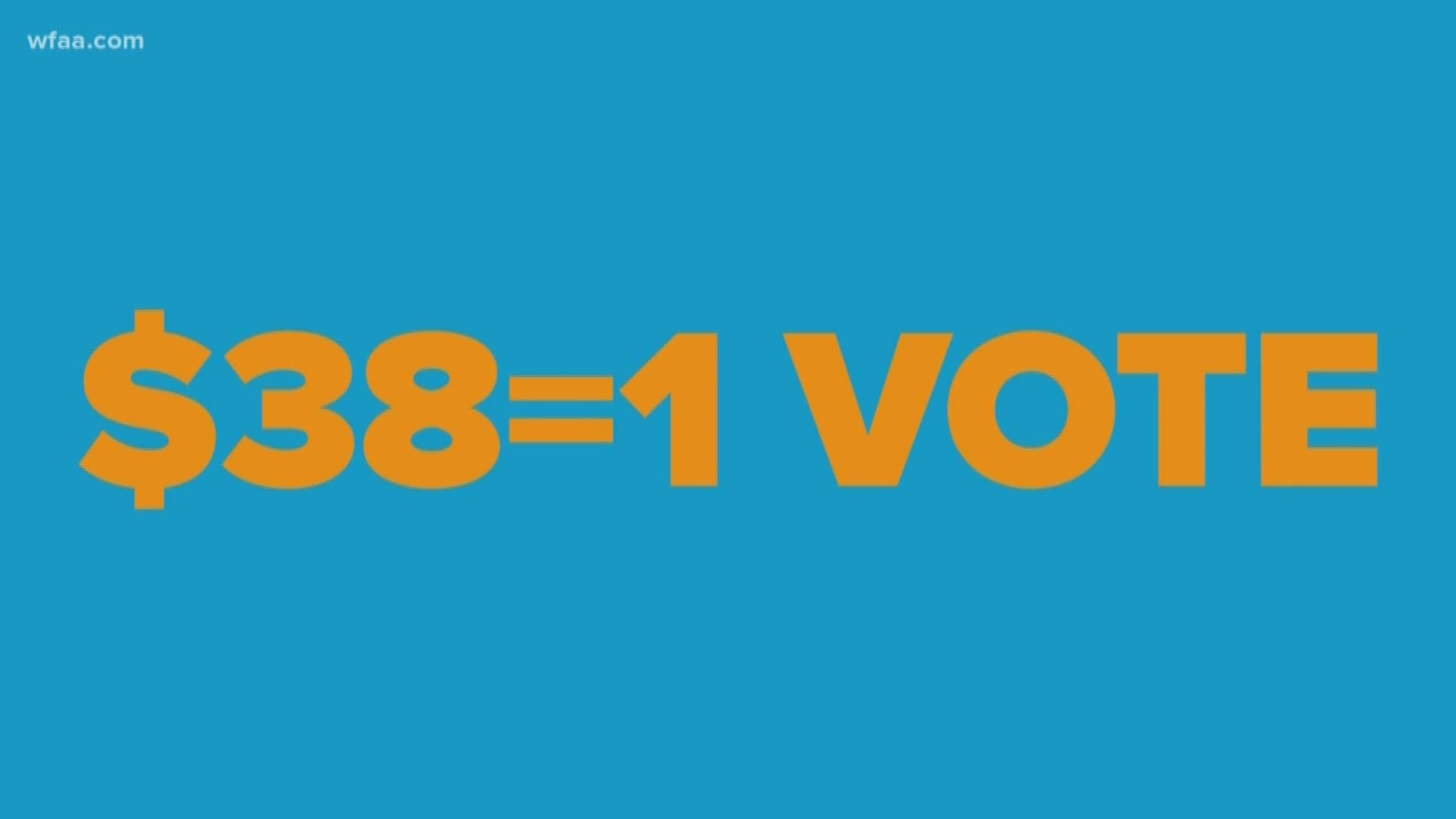 DALLAS — The Texas primary is Tuesday.

Finally, maybe those campaign workers will stop ringing your doorbell.

But why do they knock on your door? Because it works. On average, for every $29 a candidate spends on door knockers, they get an actual vote out of it.

If your dinner has been interrupted by a ringing phone, you should know that volunteer phone banks work, too. For every $38 campaigns shell out for those callers, they earn a vote.

These facts and figures come from a book called "Get Out the Vote: How to Increase Voter Turnout." By crunching the numbers, this book helps you understand why campaigns use the tactic they do.

Of course, the biggest expense is electronic advertising. One firm expects candidates and campaigns to spend $6 billion on ads this election cycle, and that doesn’t include PAC spending.

Already, the website fivethirtyeight.com says, Texans have seen around $45 million worth of political commercials. The most frequently aired spots are Mike Bloomberg ads.

Beyond all the dollars, the most valuable currency is your vote. So, don't forget to spend it on Tuesday.