'How in the world can anyone pay that?': Some seeing electric bills as high as $17K in wake of Texas winter storm

If you were on a variable or indexed plan, your rate — and therefore, your electric bill — may have skyrocketed. 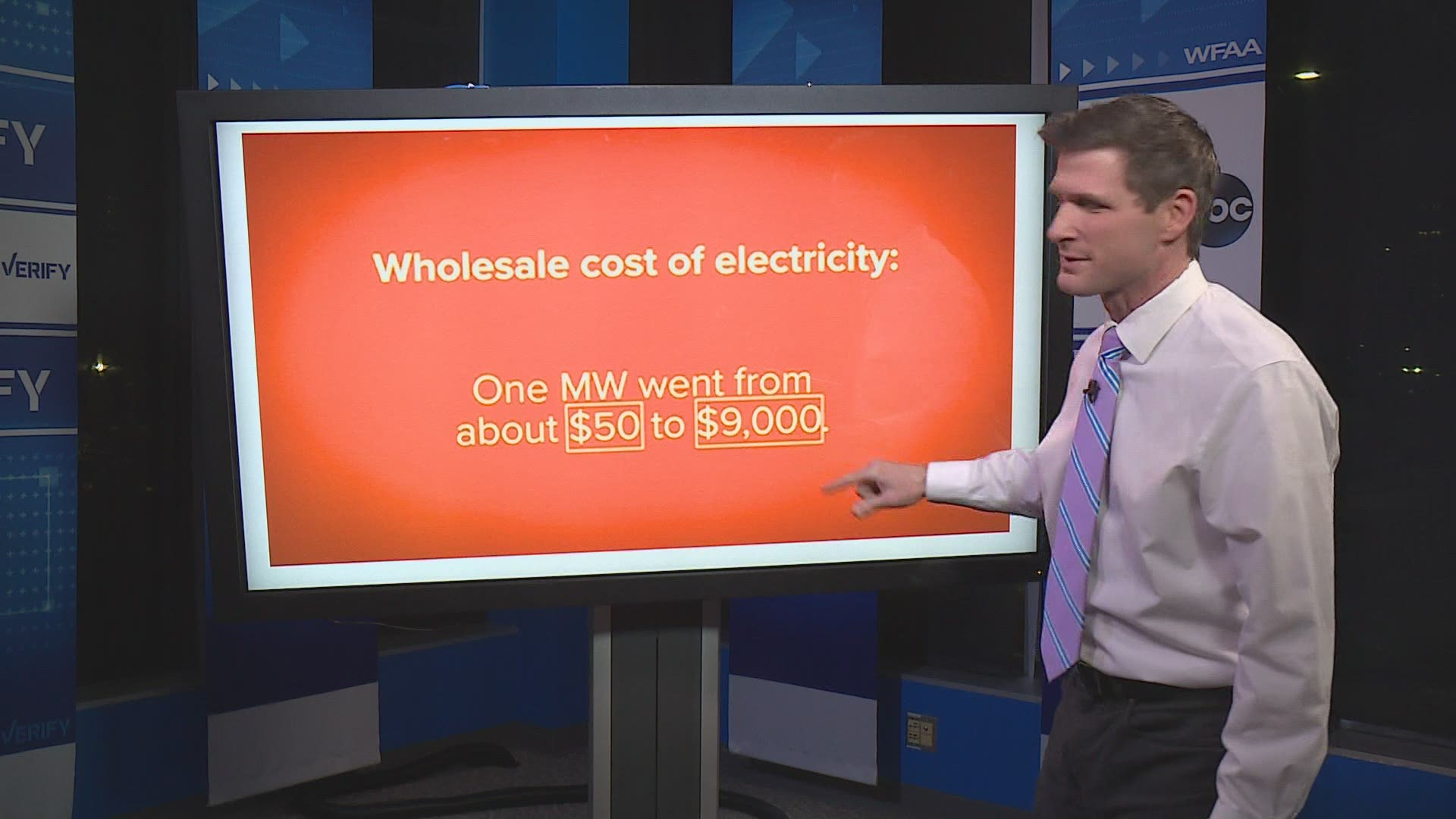 DALLAS — The Texas power outage has become the Texas power outrage. Electricity supply and demand in Texas has really stabilized now. But when it was grossly out of whack over the past several days, the cost of power in the wholesale market went crazy. It went from about $50 per Megawatt to $9,000. That didn’t affect retail many customers because they were on a fixed-rate plan. See explanation of plan types here.

But if you were on a variable or indexed plan, your rate — and therefore, your electric bill — may have skyrocketed. One customer messaged us:

Another couple tweeted at us:

RELATED: Here's what to do if you need to file insurance claims because of the Texas winter storms

That tweet was accompanied by a screenshot of their bill, which now stands at $3,801.16.

When your electric company tells you to switch but there has been a hold on switching for over a week now. Using as little as possible 1300 sq ft house and this is my bill. . How is this fair. I only paid $1200 for the whole 2020 year @FoxNews @wfaa @tedcruz @GovAbbott pic.twitter.com/AylTS4m0j4

Then, I spoke with a guy named Ty Williams. He sent screenshots of his three electric meters (one for his home, one for a guest house, and one for his office). Last month, his bill for all three was $660. So far, for this month’s electricity, he owes more than $17,000.

Williams wondered: “How in the world can anyone pay that? I mean you go from a couple hundred dollars a month...there’s absolutely no way...it makes no sense.”

RELATED: How will my electric bill be impacted? Whether you lost power or not, Texans could see higher bills

He was on a variable-rate plan with Griddy, which made news this week when it tried to head off devastating electric bills for its customers by encouraging them to leave and find a fixed-rate plan with other providers. The problem is, during all the electricity craziness, Williams says no one would take him until Feb. 26.

“Pretty much you are being held hostage and there isn’t anything you can do about it," he said.

Good news, though: Williams says Reliant Energy agreed to switch him to one of its fixed-rate plans starting Friday. But what about that bill Williams still owes his provider? What about all the other inflated bills so many other Texans owe their providers? That will all still have to be sorted out. Note: You can shop for electricity in Texas here.

Griddy didn't explain what kind of relief might be available for customers with tremendously inflated bills, but the company had a lot of criticism for some players in the Texas electricity industry and for state regulators, saying, in part, "We intend to fight this for, and alongside, our customers for equity and accountability – to reveal why such price increases were allowed to happen as millions of Texans went without power. More to come."