There are about 3,500-4,000 drowning deaths a year in the United States, and it is the number one cause of accidental deaths for those 5 and younger. 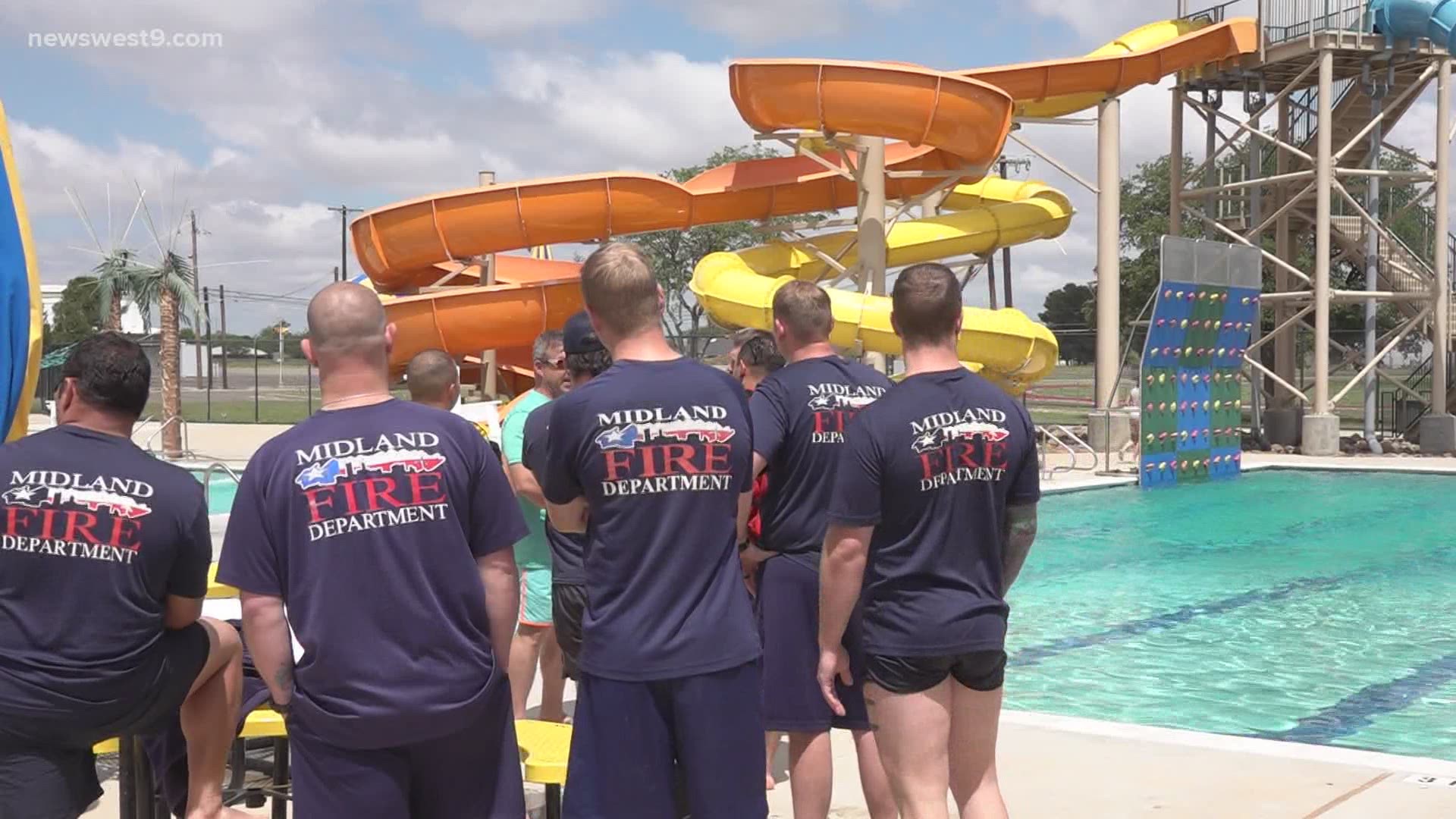 MIDLAND, Texas — Out here in the desert, pools are some of the best ways to beat the West Texas heat.

While making a splash can be fun, pools can also be dangerous.

There are about 3,500-4,000 drowning deaths a year in the United States and it is the number one cause of accidental deaths for those 5 and younger.

That is why Midland firefighters spent Tuesday at Doug Russell pool training and learning how to respond to drownings.

“A lot of them are in private pools and in apartment complexes, we see drownings," Jayme Farmer, Midland Battalion Chief, said. "Not so much in public pools like Doug Russell because they have lifeguards but in the private pools that's where we see a lot of them.”

Most of the drownings firefighters see involve children.

Midland firefighters spent the morning training on how to respond to drownings. There’s about 3,500 drowning deaths a year in the U.S. and it is the number one cause of accidental deaths in children under 5. @newswest9 pic.twitter.com/qE2AC8TYox

“The things you can do as a community and as a pool owner...put those barriers in place whether it be a gate, your covers need to be non-entrapment types where fingers and hair don’t get trapped," Aaron Cox, Midland Battalion Chief, said. "And make sure you teach your children how to swim.”

Even with those barriers, a watchful eye is the best way to avoid drownings, as well as learning CPR.

“Kids are kids, they want to have fun," Cox said. "You turn your back right there for a second and next thing you know they’re in the pool.”

These are accidents the chief say should not happen as often as they do.

Another thing that shouldn’t happen but does? People risking their lives, and the firefighters' lives, by going into floodwaters or driving in floods.

“It’s frustrating on so many levels," Farmer said. "It’s frustrating we weren’t able to save them. There are some things that are out of our control. And it is frustrating that they chose to be there when they didn’t need to be. So it’s frustrating because our job is to save people and when we can’t it’s disheartening to the fire department.

Not all the drowning calls involve natural disasters or children-adults who have been drinking are common calls for firefighters. Again, an accident that can be prevented.