"I was probably made at one, born at one, my mother almost went into labor with me at one, I grew up in one." 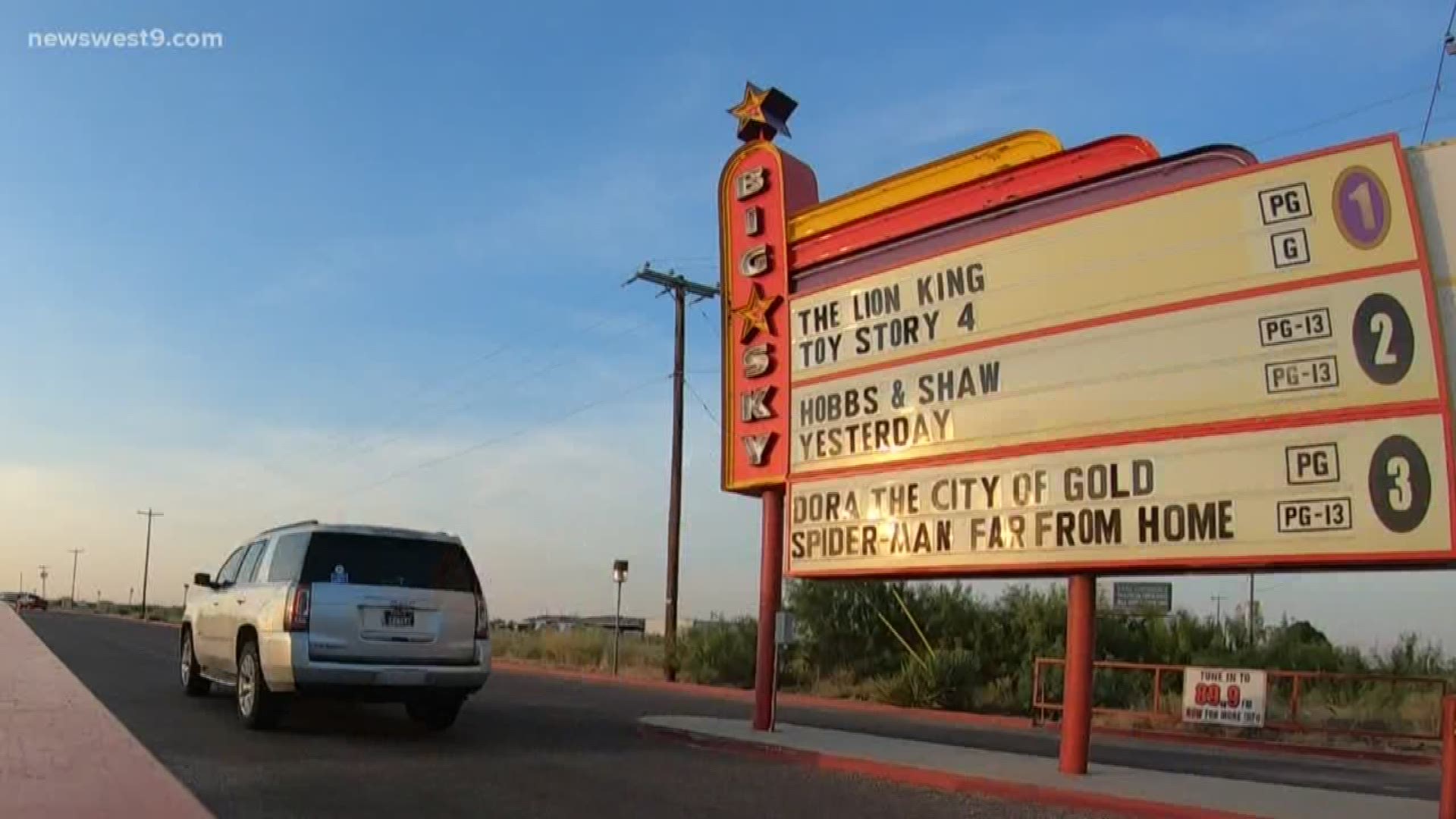 MIDLAND, Texas — The stars at night are big and bright, and so are the three screens at Big Sky Drive-In Theater that illuminate the West Texas skies off Highway 80.

365 days a year, once the sun sets, the projector screens come to life and play movies for thousands of people in the Permian Basin.

Big Sky movie theater is more than just an outdoor movie, it is an experience.

Furlow has been the manager at the theater since it opened in 2005, but the big screen has been a presence in his life since the beginning.

David’s connections with theaters run far deeper than his own past, they're in his blood.

Hope Furlow, David's grandmother, is a trailblazer of the industry, creating a movie theater in Odessa during the 1960s.

“My grandma actually has a letter from John F. Kennedy for being the first female projectionist ever," Furlow said. "Nowadays we don’t even go in the booths, it’s all automated, it just starts on its own."

And as technology has evolved and grown, so has the Permian Basin.

For Furlow, the hustle is worth it.

He went on to say that seeing families filled with people of all ages bond makes things special.

"Everything from kids playing on the playgrounds, to fathers and sons throwing the football with one another, to seniors playing card games," Furlow said. "It's just fun."

And if you have yet to make it out to the big screen, do not worry because Mr. Furlow is not going anywhere anytime soon.

The pet-friendly drive-in movie theater opens at 7 p.m. Tickets are $9. For more information on the theater click here.