Kenda Felker of Paris, Texas will compete for the national title of Ms. Wheelchair USA in July. 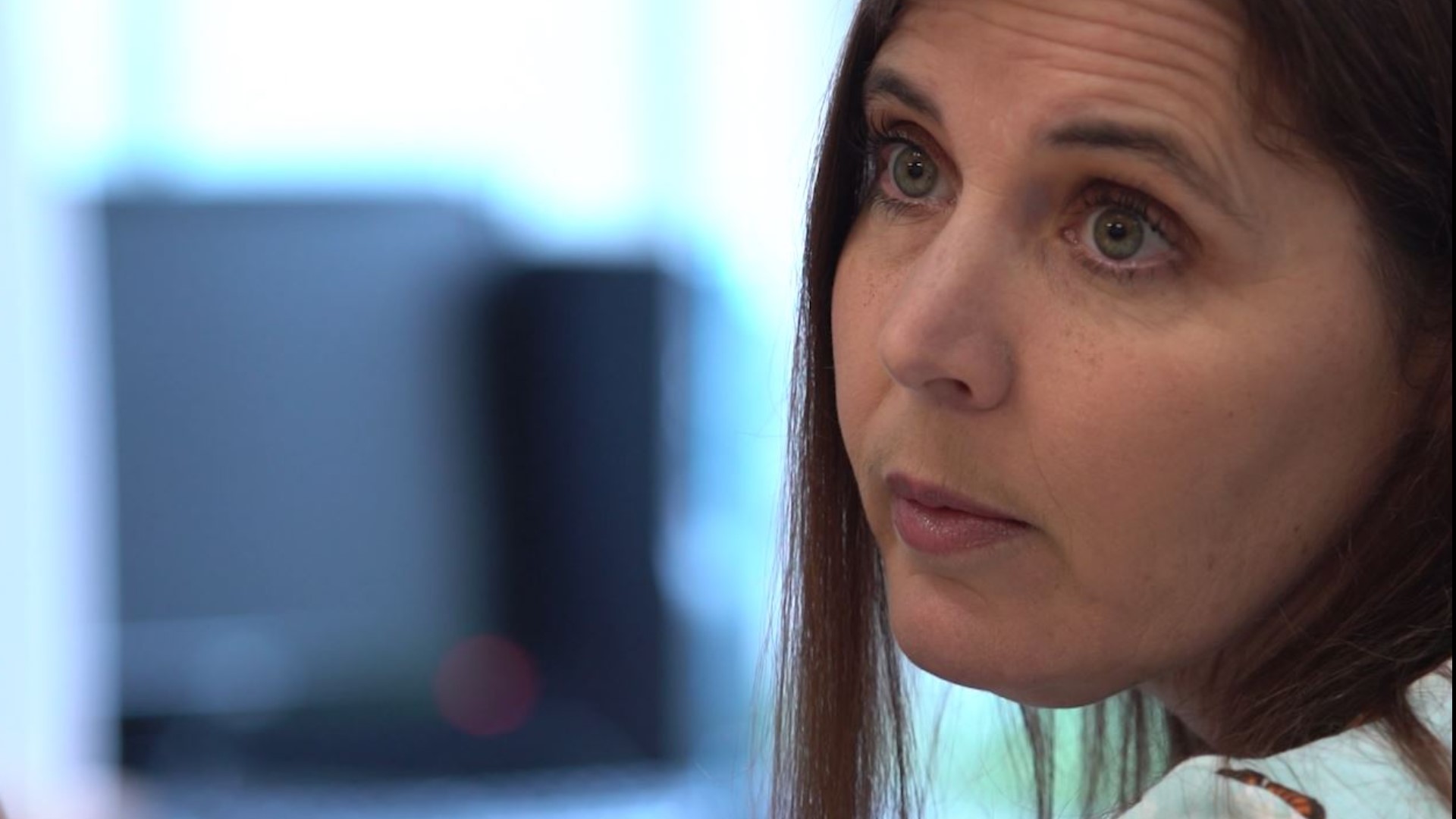 PARIS, Texas — Kenda Felker is a self-described country girl from Paris, Texas, who changed careers to pursue her love of teaching. But she is also a middle school teacher who owns a crown and a sash and, as beauty pageant royalty, also owns a chance to have her voice heard.

You can find Felker at Frank Stone Middle School teaching career investigations, helping students plan their futures. But she is already a daily object lesson in the challenges life might bring.

Felker's mom had multiple sclerosis. It hit Felker too when she was 15 years old. Twelve years ago she lost the use of her legs. Still, she kept teaching, mostly from her electric scooter. She wasn't about to let a physical limitation keep her from the job she loves so much.

"And I just want other people to say, hey listen, that little country schoolteacher can do this. I can get up and do something too."

And with the help and the encouragement of her husband James, she decided to take on one more challenge.

"He's amazing. I couldn't do it without him," she said.

She explained it after school, at her home in the country 15 miles away: the house with the crown and sash on the front living room table. I asked her why.

"Not to be a beauty queen. I promise you," she said. "I grew up on a farm and have never had a crown in my life. This is my first. It's fabulous. But I've never had one."

A friend asked her to compete for Ms. Wheelchair USA, an annual pageant among differently-abled contestants in an effort to show the rest of the world that a wheelchair or mobility impairment is not a limitation.

"To me I'm just me, you know. I can do what you can do, maybe a little differently, but I can still do it. I'm just me. And I just want to be treated like me."

So, to send that message to her students, she applied for and was crowned Ms. Wheelchair Southwestern USA and will compete in July in Ohio for the national title. But she's doing it for one other reason too.

For example, she said, she can find only one handicapped parking spot in all of the downtown Paris square. And of late, a construction site portable toilet is in the stall next to it on what would be the passenger side of her car, partially blocking her exit.

"Handi-capable people want to shop and support local and eat downtown and do all that stuff too. But there's nowhere to park," she said. "We want to live life like everybody else. And I want you to understand that just because we look different from you, we don't walk like you, we still want to be able to do the things you do."

"There's nothing that can stop that woman," said her husband James Felker. "I don't know why I was blessed to have her in my life. But I feel blessed every day to have her. She teaches me so much."

But whether this girl from the country ends up wearing a national crown doesn't really concern her.

"When kids get in trouble I have been called a demon in a wheelchair. that's one of my favorites," she joked.

So, winning another crown isn't necessarily the goal.

RELATED: Little boy with cerebral palsy saves his family by crawling to warn them of gas leak inside home

"I think handi-capable people are often overlooked. And so just by shining that light on them, say hey look you know, give them a chance and see what they can do.

"Just give 'em a chance and see what they can do. I've already won."

And so have her students, getting that life lesson from beauty pageant royalty each and every day.