The event at Miller Outdoor Theatre is a visual example of the impact the Hispanic community has on the Houston region. 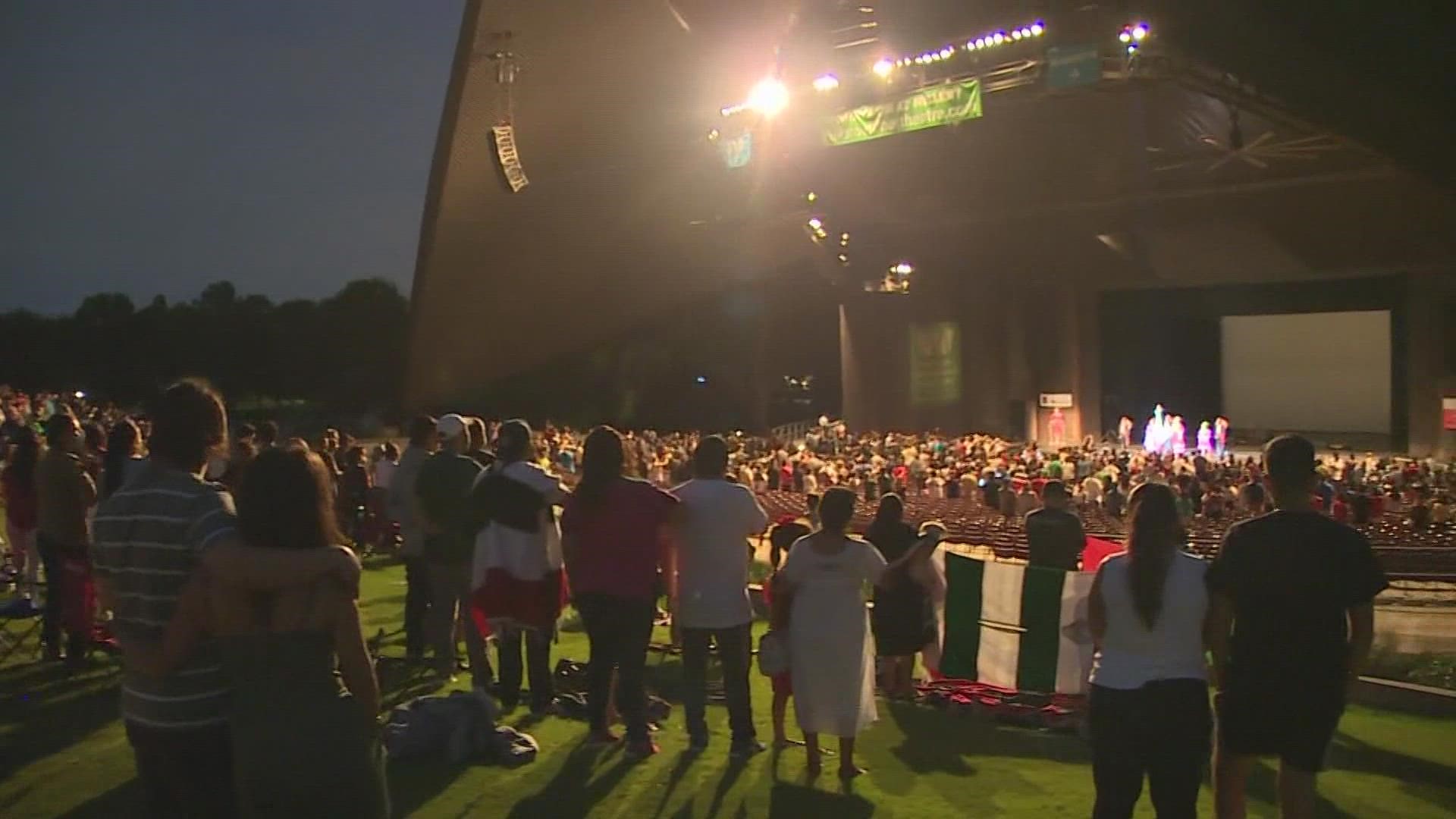 The night of Sept. 15 commemorates a Mexican priest’s call to arms in 1810 that led to a revolution and ultimately the end of the Spanish colonial rule in Mexico.

The event in Houston is a visual example of the growing impact Hispanic Americans have on the Houston region.

Across the street at Hermann Park is the bust of one of the first Spanish speakers to the Houston region.

Álvar Núñez Cabeza de Vaca and three of his shipmates arrived on Galveston Island in the 1500s long before anyone in the region was speaking English.

“There were approximately 70,000 Latinos in the region in 1970,” said Dr. Laura Murillo, Houston Hispanic Chamber of Commerce president. “Fast forward we know now we’re closer to 2 million in the region.”

It is the job Houston Hispanic Chamber of Commerce to measure the economic impact Hispanics have on the region.

“We’re looking at $54 billion of consumer spending by Hispanics in the greater Houston region,” Murillo said.

Not only has the Houston region’s Latino community grown by millions since the turn of the last century, but its face has changed as well.

The region’s Latinos are as diverse today as the City of Houston, without a common religion, political belief or national ancestry.

“Someone from El Salvador is not someone from Cuba or Mexico, or someone who was born here and have three or four generations, having family members who were all born and raised here,” Murillo said. “So we are not the same. We have all different things that we believe in and things we support, and it will continue to be the case.”