"I start in September actually putting things out in the yard, but the actual construction of all this stuff usually starts about April," Steven Bowers said. 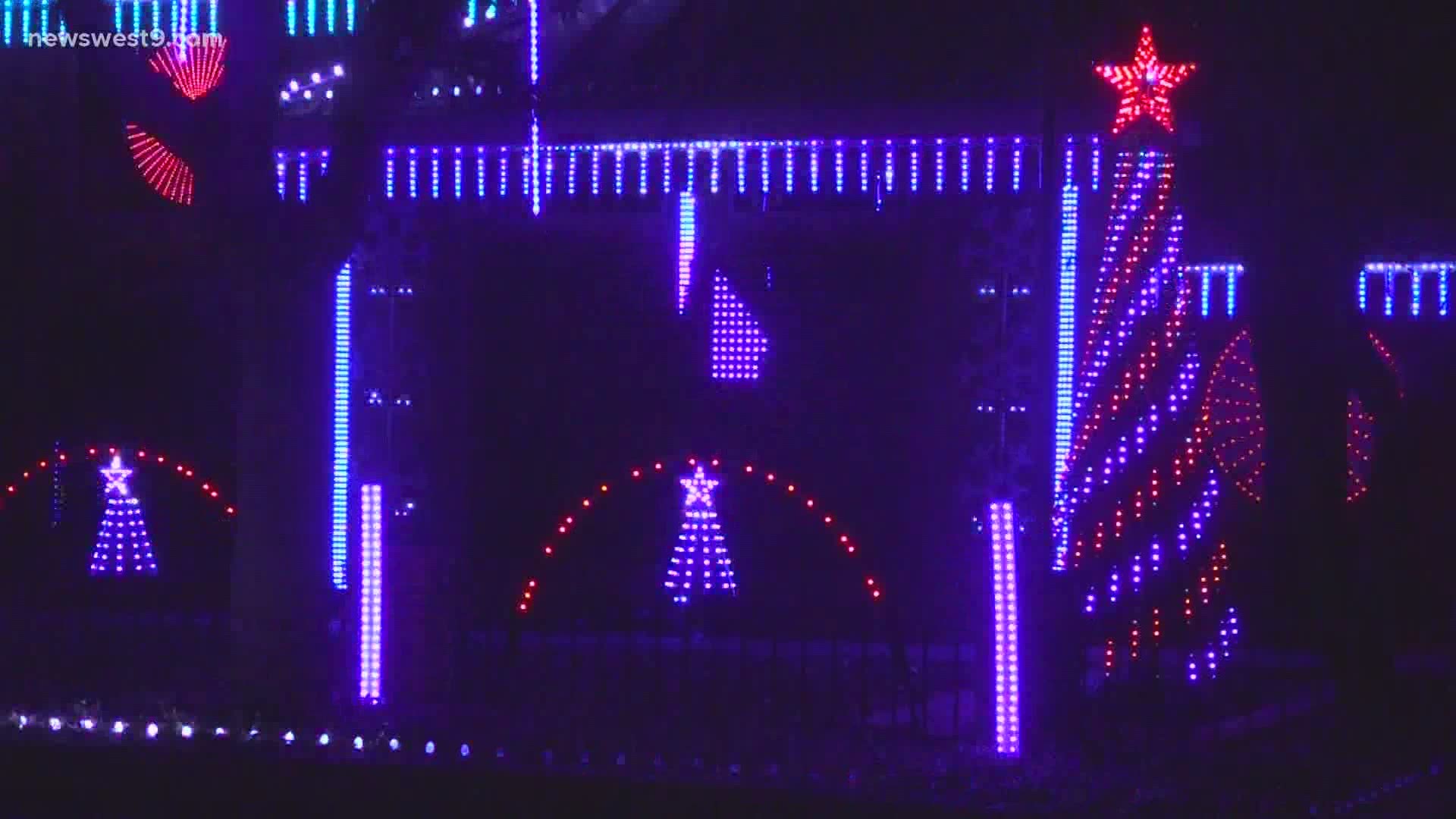 MIDLAND, Texas — Winter nights in Midland can be dark and chilly, but not on 4011 Dunkirk. Here, things are bright and happy.

"The more we do it, the easier it gets," Steven Bowers, light show creator said.

"Everybody that we have talked to just loves it and is amazed by it," Bowers said.

For the last 3 years, the Bowers family has been running a light show right in their front yard for all to see.

It started as a family project for their 7-year-old son who loves the holiday season.

They set it up every year without fail, putting in months of work in advance of the holiday season.

And they don't just do Christmas, they do Halloween too.

"I start in September actually putting things out in the yard, but the actual construction of all this stuff usually starts about April," Steven Bowers said.

They string in new lights, designs and even TV screens every year.

All to make their son happy and give back to the community they call home.

"I just love the community and the sense of community that it brings and that it just brings people by, it makes everybody happy," Tricia Bowers said.

"People have been very excited this year in particular because it's been a bad year for everybody and you can't do a lot of things, so everybody's just (saying) thank you for doing that, thank you for letting us do something we can enjoy with our family," Tricia Bowers said.

Their last show will be a few days after new years.

The Bowers will be live streaming the show virtually on their Facebook page December 22 and 23, 2020 from 7 - 8 p.m. if you can't visit the house in person.