Isle of Wight teen's first words to mom after double lung transplant: ‘I love you.’

17-year-old Hannah Goetz had been sedated since doctors gave her a new set of lungs, last week. She underwent the transplant and now she's awake. 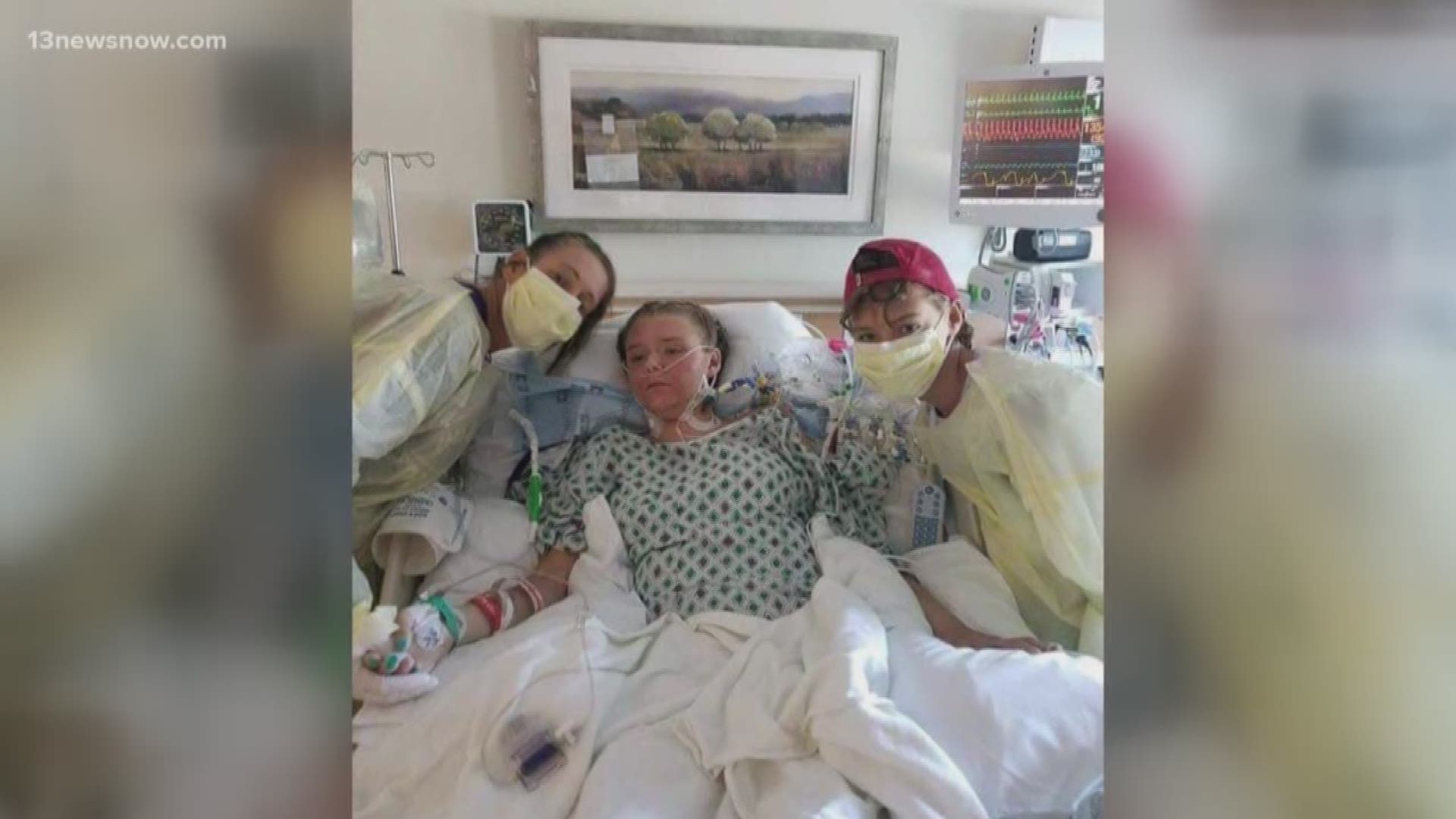 ANNANDALE, Va. — More than a week after she underwent a double lung transplant, 17-year-old Hannah Goetz woke up yesterday.

Family friend, Mindy Poland has sat at Hannah's bedside, along with family.

"Hannah whispered her first words to her mom which were, 'I love you,'” Poland said. “And we have been waiting to hear her actually speak and be more alert. So yesterday was a happy moment for the whole family."

Hannah had been sedated at Inova Fairfax Hospital in Annandale since doctors removed her lungs last week Monday. She underwent a transplant at midnight on Friday.

Doctors have been weaning her off sedation drugs ever since. They removed her ventilator on Monday.

"Her humor came back yesterday. She was back to her old self, being pretty comical and cracking some jokes,” Poland said. "One of the first questions she asked her mom was where she was."

Hannah's journey all started a few weeks ago, when she came down with the flu which quickly turned into pneumonia.

The illness didn't respond to antibiotics. It became a dangerous situation for the teen who doctors diagnosed with cystic fibrosis as a child.

"Doctors are asking us to break things to her very slowly and gradually to not overwhelm her because she has missed out on over two weeks of life and experiences,” Poland said. “There's a lot she has to be filled in on, gradually."

Poland said doctors put Hannah put back on a ventilator last night, but they hope doctors will remove it permanently after a few more days.

"It will be a long road of recovery for Hannah. She'll still be in ICU for at least probably for two weeks maybe longer, it's hard to say," she said.

After she steps down from the ICU, Poland says Hannah will likely remain in the hospital for at least another week.

When she is discharged, Poland said Hannah will receive therapy and doctors will monitor her condition for signs of rejection. She says the family will stay near Fairfax for the next two to three months.

The family has started a GoFundMe account to raise money for Hannah's medical bills, but they're also encouraging people to give the gift of life.

"Anybody in the world that hears this story, give the gift of life," Poland said. "It's such a precious gift and it doesn't take money. Simple acts of donating blood, joining Be The Match bone marrow registry, signing up to be an organ donor. All these simple things can just completely change the life of people fighting to live."