Kethan is a very active boy, a little ornery and incredibly curious. He sped into the world and hasn't slowed down since. 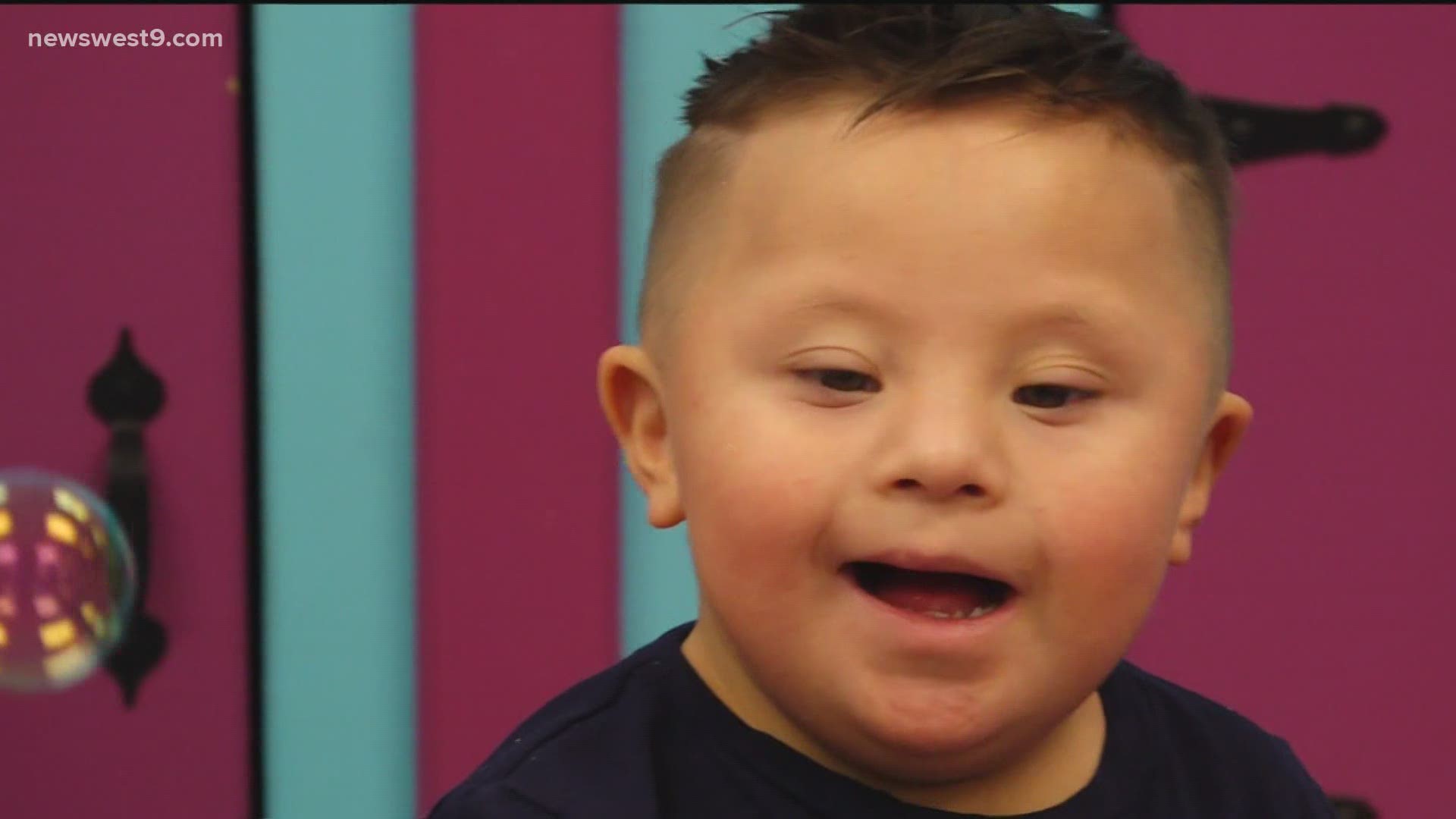 MIDLAND, Texas — He is the busiest little boy you ever did meet.

Kethan is a very active child, a little ornery and incredibly curious.

“It has been an emotional roller coaster with him from the moment he was born up to now. He just runs everywhere," Eliel Portocarrero, Kethan's father said.

That's always how it's been for Kethan-he sped into the world and hasn't slowed down since.

Kethan's family didn't know he had Down Syndrome until after he was born. He started physical therapy with the Permian Basin Rehab Center at seven months old, and began occupational therapy at 18 months.

A common trait in people with Down Syndrome is low muscle tone, which makes it difficult to do tasks most people don't think twice about like sitting or reaching for something.

“When he first came, he wasn’t able to hold his bottle yet. He could sit up on his own but he wasn’t reaching outside to really interact with a whole lot of things," occupational therapist Leah Perkins said.

His team of therapists have been there every step of the way.

“It’s been a very personal experience for us to bring him every day and see how far he was getting along. It’s just been…awesome," Kethan's father said.

"They’re making sure he’s meeting milestones, that he’s able to get there. To us, it meant a lot that the ladies not only build a relationship with us as parents but they built a relationship with him as well. We noticed it by the way that he would act, he would run inside, knew everyone," Eliel said.

Every milestone met is a special victory for Kethan's entire family.

“We celebrate more, a lot of his accomplishments because of that reason. We knew that it was going to be a little bit more of a struggle for him to be able to reach those milestones," Eliel said.

"He just makes us appreciate each moment more. Not because you see him struggle, but because you get to enjoy each milestone a little longer," Noemi Portocarrero said.

The funny little boy Kethan is now is not, in a sense, the same person that first came to the rehab center.

“I’ve really seen him come alive emotionally, and his personality. When he first came he was really quiet and still. He didn’t want to explore. He didn’t want to move place to place. When he started finding his independence and becoming more mobile on his own, he really started to light up. He became happier, more interactive with people and objects. He’s a lot of fun to play with and has a lot of personality," Burks said.

If Kethan is proof of anything, it's that the work happening at the rehab center is more than just therapy. They exemplify what the human spirit is capable of, no matter the diagnosis.

“No one can put a limit on your child…no one can limit them. No one can tell you they can’t do something. You push, we push and we’ll get them as independent as we possibly can," Burks said.

To learn how to donate to the Permian Basin Rehab Center and help people like Kethan, you can click or tap here.