After meeting Louvens in 2014, the Casteel family has had a long journey. Between hurricanes and a global pandemic, they've fought for the moment to bring him home. 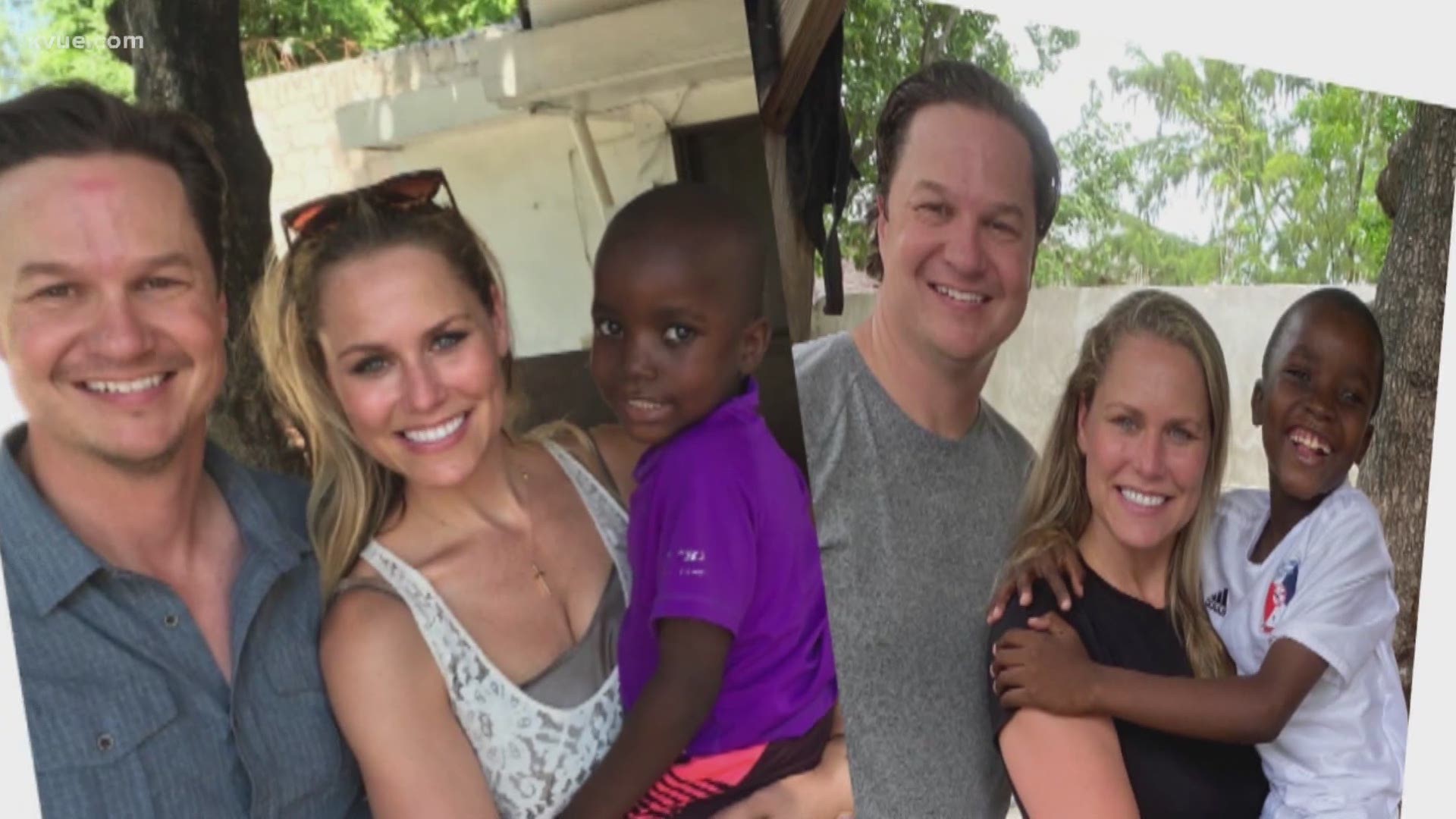 AUSTIN, Texas — When you think of a love story, the Casteels' story might be just what you'd expect.

"We met on a plane, on an airplane, then we went our separate ways," explained Nicole's first meeting with Corbin. "But we had mutual friends so we exchanged numbers."

The two had talked about Nicole's involvement with UNICEF while she was living in New York. Corbin then joined a board overseeing an orphanage in Haiti.

But the love story we'd like to share with you today isn't about Corbin and Nicole. It starts with Corbin, at that orphanage in Haiti. He was invited to go in 2014 with friends from church.

"As soon as I walked in the door, literally the first five minutes, that boy crawled in my lap," explained Corbin. "I heard God say, 'This is your son.'"

After visiting several times he sent Nicole a picture of the two of them.

"The Lord told me separately, 'That's your son,' and of course, I'm like, I really love this guy. I don't want to scare him by telling him this," said Nicole.

But when she did tell him, it grew them together. It let them realize that together they were supposed to adopt this child.

"This child was really the catalyst that solidified our commitment and our desire to spend our lives together and grow our family together," she said. "So we've been going average once a quarter for six years."

Their love story intertwined with their love.

"Especially that front porch, the front porch of the orphanage," said Corbin.

It's a love story that made them want to make Louvens a part of their family.

"He was chosen for this family," said Nicole.

It's a love story that caused them to wait four years for the adoption to be finalized. They even put off their wedding so that Nicole could file as a single parent rather than jointly. That's because the rules for Haitian adoptions require couples to be together for more than five years to be eligible.

"I look at it no different than labor pains," explained Nicole.

But it was a love story that led to them finally getting him. Traveling to Haiti to pick him up, they came back earlier this month to friends and family waiting at the airport.

"So we're three days in with Louvens being home," said Corbin the day KVUE interviewed him and Nicole. "We haven't forgotten about the pain but it's already receding greatly."

"It's exhaling," Nicole added on.

He is joining his new family here in the U.S. – his two older siblings, Jack and Molly, but also his younger brother, Beck.

But for the Casteels, they know their love story with Louvens needed extra characters.

"You know you hear this all the time – it takes a village to raise a child," said Nicole.

The people living on the same block as him welcomed him to his new home.

"Look at all your neighbors – wave Louvens, wave," said Nicole when they arrived.

Neighbors were showing they wanted to support Louvens too.

"It's really amazing. I've spoken with her about her journey and how hard it's been for them to come together," said Andrea Romero, one of their neighbors. "It's just really neat to see it all come together, and how special to be able to welcome to this great street, so we're really excited for him."

It was a chance to meet new friends.

"Louvens, all these neighbors are here for you," said Nicole.

Also, it was a chance to meet new extended parts of his family.

"It's so good to meet you, was that cool? Was that fun?" asked his new cousin.

They were coming to show they're here for all of them and here for Louvens.

"It's not even just our street; we have friends from San Antonio that surprised us. Our family from Dallas and Arkansas came and I'm just overwhelmed. I'm really overwhelmed. This is the beautiful part of what this journey, the conclusion to this, looks like," said Nicole holding back tears.

Finally they are all together. The Casteels wanted to thank everyone for welcoming them to the neighborhood.

"This is how you raise up children, in a village," said Nicole to the crowd that gathered in their front yard. "We're not meant to do this alone. Louvens wasn't meant to be alone."

It was a chance to show their love story to everyone in Louvens's new village.

"It's been worth every second of those labor pains," said Nicole.