Father writes song for daughters while waiting for heart transplant

His old and new heartbeat serve as the rhythmic backdrop of the song titled "Courage." 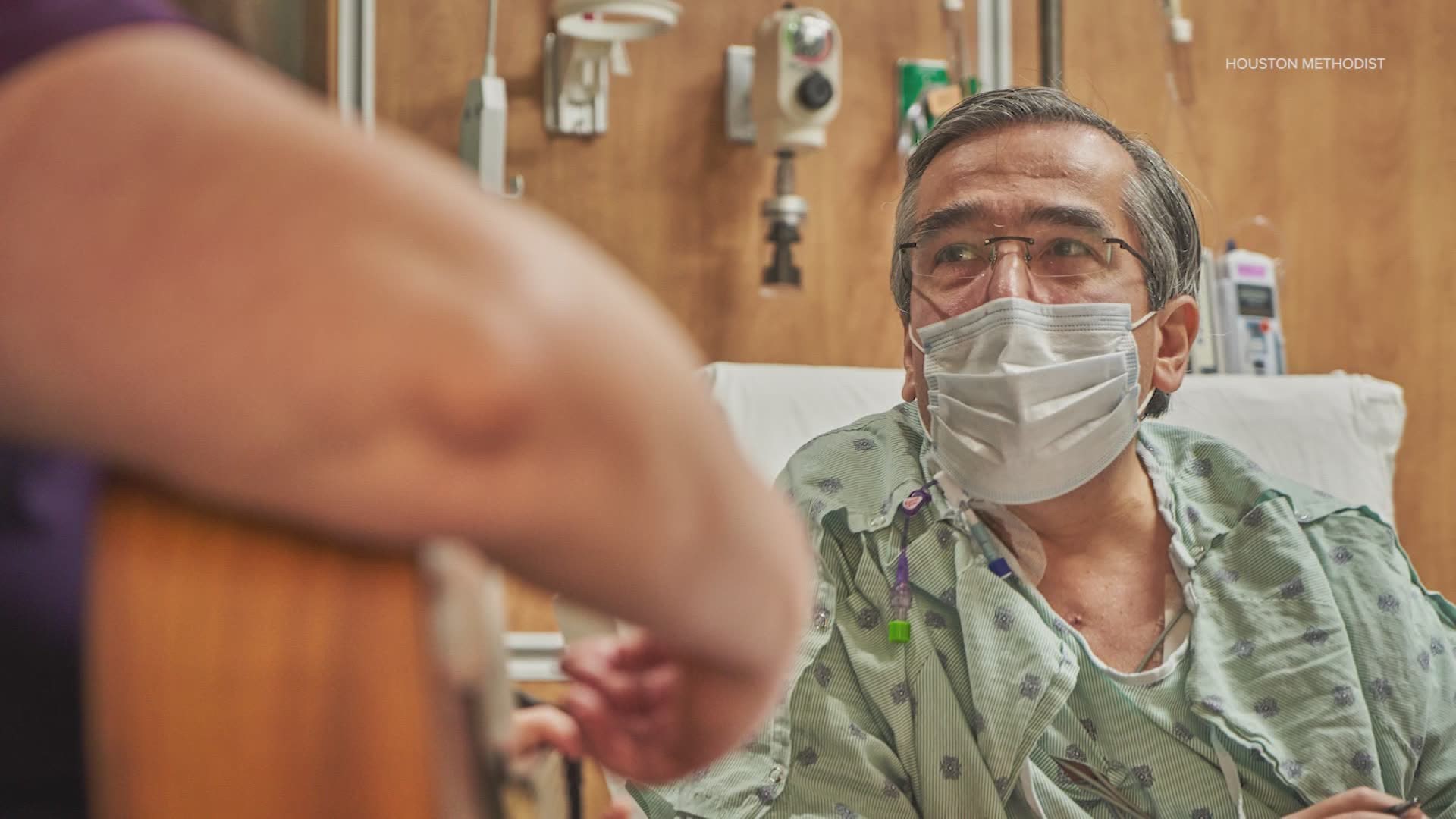 For 15 years, Lucio Arreola has known his heart would one day fail him.

He was diagnosed with cardiomyopathy in his 30’s. Earlier this year, his health deteriorated. Doctors at Houston Methodist told the father of three he’d need a heart transplant.

As he sat in the ICU waiting for a new heart, the banking executive worked with a music therapist to channel his thoughts into the lyrics of an original song. His native heartbeat serves as the rhythmic backdrop of the music.

"I’ve never wrote. I didn’t have a clue how to start," said Arreola.

Elizabeth Laguaite, a music therapist, works in the cardiovascular ICU at Houston Methodist. She says, for many, music is a way to cope with uncertainty.

In case his heart transplant failed, Arreola wanted his daughters to remember to always have faith, hope, and love. The original song is titled “Courage."

“It’s a simple message, but sometimes we forget about those things,” said Arreola.

Arreola has since been discharged from the hospital and he’s doing much better, thanks to his organ donor.